Home Page Educational program One of the oldest holidays was legalized in the USA: what is Juneteenth, and how to celebrate it

Juneteenth is one of the oldest American holidays, celebrated every year on June 19 to commemorate the official abolition of slavery in the United States. And on June 17, he joined the ranks of federal holidays in the United States, becoming the 12th weekend in the country. Writes about it New York Post. 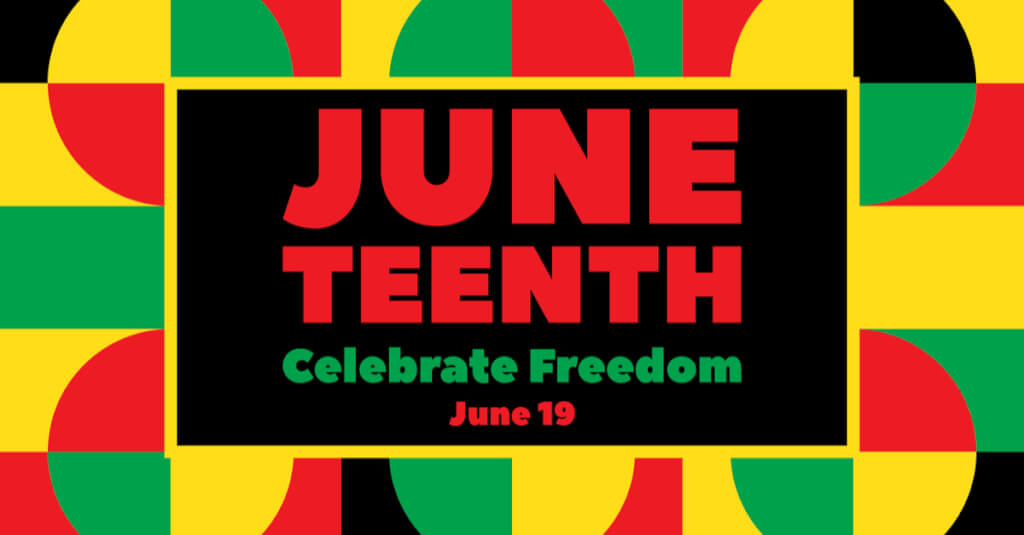 This day got its name from the combination of the word “June” (june) and the end of the number 19 (teenth). It has long been noted by black Americans as a symbol of their long-awaited freedom. But the history of the holiday and how Juneteenth gained its significance began 156 years ago in Galveston (Texas).

So, on June 19, 1865, Union forces, led by General Gordon Granger, arrived in Galveston to break the news to the last remaining Confederate supporters that they had lost the Civil War and all slaves were to be freed.

“The Texas people have been told that according to a proclamation from the United States executive branch, all slaves are free,” the Union general told Galveston residents. “This presupposes absolute equality of rights between former masters and slaves. The connection between them, which still exists today, becomes the same as between the employer and the employee. "

The newly freed slaves celebrated freedom with “prayer, feast, song and dance,” and the following year, according to the Encyclopedia Britannica, the first official holiday, Juneteenth, appeared.

“The importance of Juneteenth is that it is rooted in this long history of the struggle for freedom, and then in the effort to maintain that freedom in the face of the enormous repression that began shortly after liberation,” said Columbia University professor David Rosner.

“This marked the true end of the Civil War and the beginning of Reconstruction - a time that was supposed to be very happy and hopeful, but very unhappy as part of the South ransom to move African Americans into imposed slavery,” Rosner explained.

While President Abraham Lincoln abolished slavery in the Declaration of Emancipation of January 1, 1863, rebellious Confederate strongholds scattered throughout the South delayed widespread implementation of the declaration.

On the subject: 10 most devastating riots in US history

So what is the reason the news went on for so long, and why slavery in Galveston lasted more than two and a half years after Lincoln canceled it.

Legend has it that an envoy on horseback with news of freedom was killed on his way to Texas, while other historians blame Galveston's isolated nature as a barrier island on the eastern edge of Texas and their limited access to communications.

But Professor Nolive Rooks, Ph.D., director of American studies and professor of African studies at Cornell University, said the delayed end of slavery was driven only by greed.

“Quite frankly, the idea that people in this part of Texas were unaware of the end of the war is completely ridiculous,” Rooks said. "There were wired services, there were newspapers, and the big plantation owners were very rich, and the rich had access to information."

“They were cruel people. At that time - this is the ruling class in the United States, the elite, many of them are rich people who could not be illiterate or backward. Cruel and inhuman - yes, but not ignorant, ”continued the professor.

At that time, Galveston published its own newspaper, the Galveston Daily News, and on June 3, 1865, two and a half weeks before Granger arrived, a message was published from New Orleans detailing the end of the war and the return of the Confederate prisoners.

However, since then, according to Rooks, Juneteenth has been "passed on" in black communities, and in 2020, at the height of the civil rights movement following the death of George Floyd, the holiday has seen renewed interest in it.

When Juneteenth became a federal holiday

And now the President of the United States Joe Biden on June 17 signed a bill establishing Juneteenth (June 19) as a federal holiday.

Until that time, Juneteenth was not a federal holiday, but 46 states and the District of Columbia recognized it locally.

The first official Juneteenth celebration took place a year after the liberation of slaves in Galveston, but it took Texas more than a hundred years to make it a state holiday. In 1980, Texas became the first U.S. state to declare Juneteenth a holiday.

But before it was introduced at the federal level, four states never recognized Juneteenth: Hawaii, North Dakota, South Dakota, and Montana.

How is Juneteenth celebrated

Texans have celebrated Juneteenth since 1866 with community-oriented events. For example, they held parades, food gatherings, prayer gatherings, history and cultural readings, and musical performances. Over time, the communities have developed their own traditions.

In 1872, black Texans led by a Baptist priest and former slave Rev. Jack Yates raised $ 1000 to buy 10 acres of land in Houston and named it the Liberation Park, according to the Houston Department of Parks and Leisure.

Until now, Rooks noted, Juneteenth is still a day of commemoration.

“This holiday is filled with joy and entertainment. People cook delicious food and stuff, ”Rooks said.

“You will see people with crowns on their heads - this is Miss Juneteenth, they were voted for and crowned. People have an atmosphere similar to a carnival: the abundance of all sorts of parties and street vendors is a very big holiday, ”he summed up.

“The US is really confronted with what it meant before, and what it continues to mean, as much of the US economy has long been based on enslaving people,” Rooks said.

Protest Effect: HBO removes 'Gone With the Wind' movie due to racism scenes

What you need to be ready for when moving to California