Home In the U.S. In the US, protests intensified due to the death of an arrested man: arson, looting and one dead

Minneapolis-related protests the death of George Floyd, sharply intensified in the evening of May 27, when the city police took measures in response to the looted and burned shops in the city, as well as to deadly shooting in the place of protest, writes Fox News.

Numerous reports indicate that Mayor Jacob Frey has asked Governor Tim Wales to deploy the National Guard in the city.

Social media users posted on Twitter videos that showed groups of people entering and leaving the local Target store with bags full of goods. At least one group of armed men was spotted near a shopping center in Minneapolis on the evening of May 27, on the eve of this looting episode.

Protests in the city first erupted on May 26 after a video appeared on the web in which a policeman strangled Floyd with his knee lying on the pavement during a hard detention. Protesters called on the police to be accused, four of whom were fired, for the death of a man. 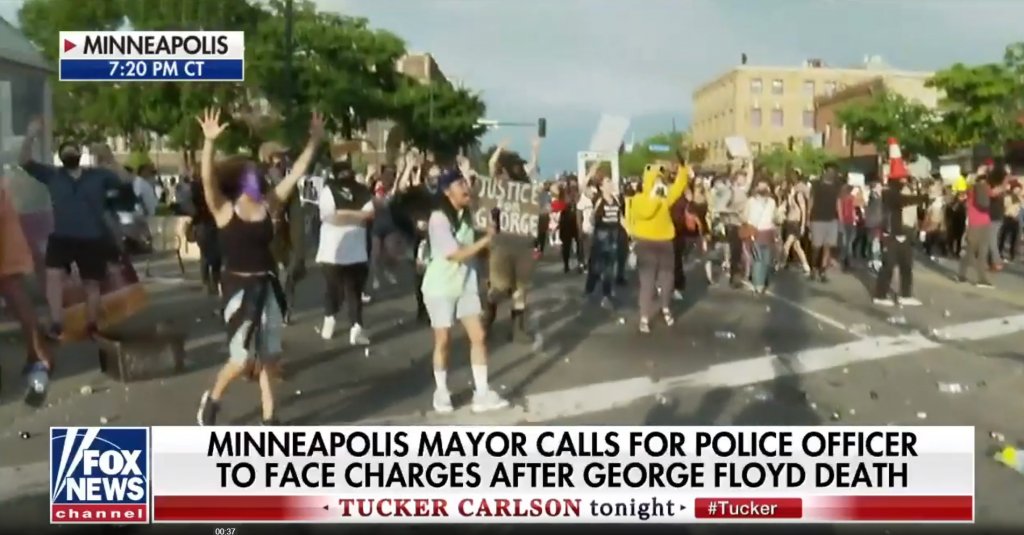 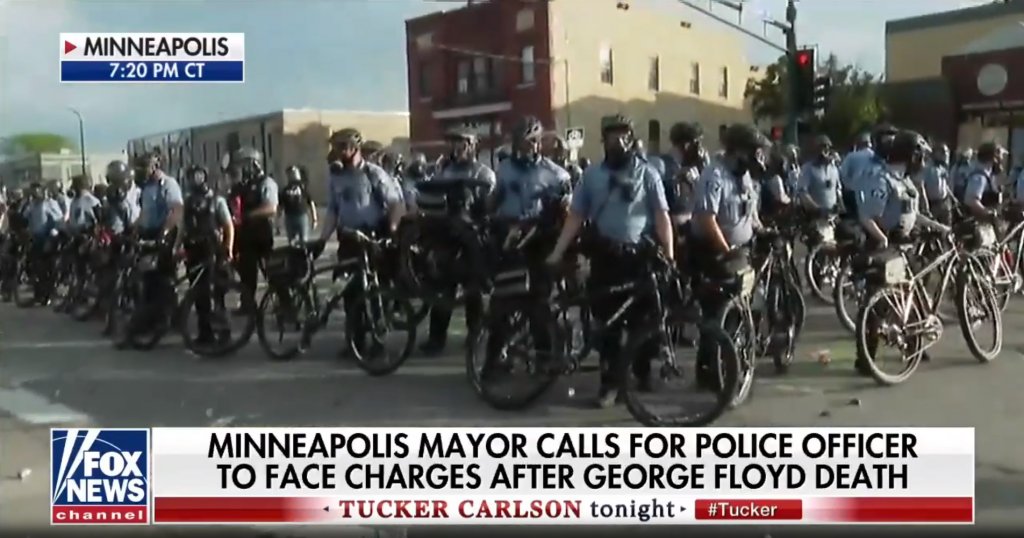 According to the Star Tribune, the deadly shooting in the late evening of May 27 was linked to pawn shop looting. The owner of the establishment was reportedly shot. Police said one person was in custody.

Reporter Max Nesterak interviewed a group of armed men near a tobacco shop who said they agreed with the protests, but not with the looting. According to them, business owners are desperate to protect their store.

“These guys here with a machete, with broken windows, are trying to prevent the robbers, because the police can’t get here,” said one of the armed men. “Therefore, we are here.”

Meanwhile, Target still being looted. It's been over 3 hours. Many are wearing masks. pic.twitter.com/LZ4dAGHgMT

Looting was recorded at the Target store on East Lake Street, and an AutoZone store was set on fire near a police station.

Officers could be seen around the site, but they did not try to stop the looting. Some of the demonstrators fought with the police, who fired with rubber bullets and tear gas during a second confrontation in the evening of May 26.

Among the looted stores were Cub Foods and Dollar Tree.

Smoke is still billowing out the windows of the Autozone near the Minneapolis police Third Precinct. Flash bombs going off on nearby blocks. Demonstrators are still out in south Minneapolis to protest the death of #GeorgeFloyd pic.twitter.com/lJWgowK1ty

News News Mike Tobin of the live broadcast said he was caught in crossfire and was sprayed into his eyes from a pepper spray.

“The grenade launchers were mostly fired by rooftop cops,” said Tobin, who stood with a news camera and microphone between the rows of protesters and police. 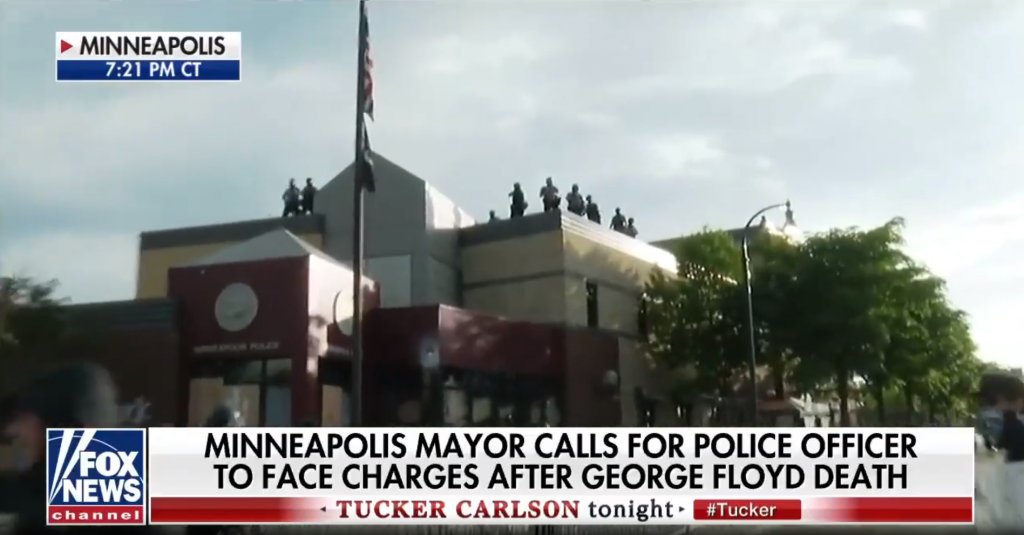 George Floyd, a 46 year old black man, died during police custody. The video shot on a passerby’s mobile phone showed an officer kneeling on Floyd’s neck for almost 8 minutes, after which the man lost consciousness. Floyd was declared dead in the hospital. Police allegedly reacted to the alleged forgery. The person matching Floyd's description allegedly used a fake account.

The same officer and three other police officers were fired on May 26. They were identified as Derek Chauvin, Thomas Lane, To Tao and J. Alexander Quang, reports FOX 9.

On Wednesday, Mayor Jacob Frey called for prosecution of Chauvin. Federal investigators joined the investigation into the death of Floyd.

Protesters gathered in the evening of May 27 near the suburban house of Chauvin, as well as near the house in Minneapolis, where Mike Freeman, the Hennepin County Attorney, who decides on the case, lives. No violence was recorded in these protests.

To help the local police investigate Floyd’s death, FBI officers were invited to immediately compare the death to the case of Eric Garner, an unarmed black man who died in 2014 in New York after the police strangled him. Like Floyd, he begged to keep him alive and warned them: "I can’t breathe."

President Trump said he ordered the FBI and the Department of Justice to investigate Floyd's death.

“At my request, the FBI and the Department of Justice are already investigating the very sad and tragic death of George Floyd in Minnesota,” Trump wrote. 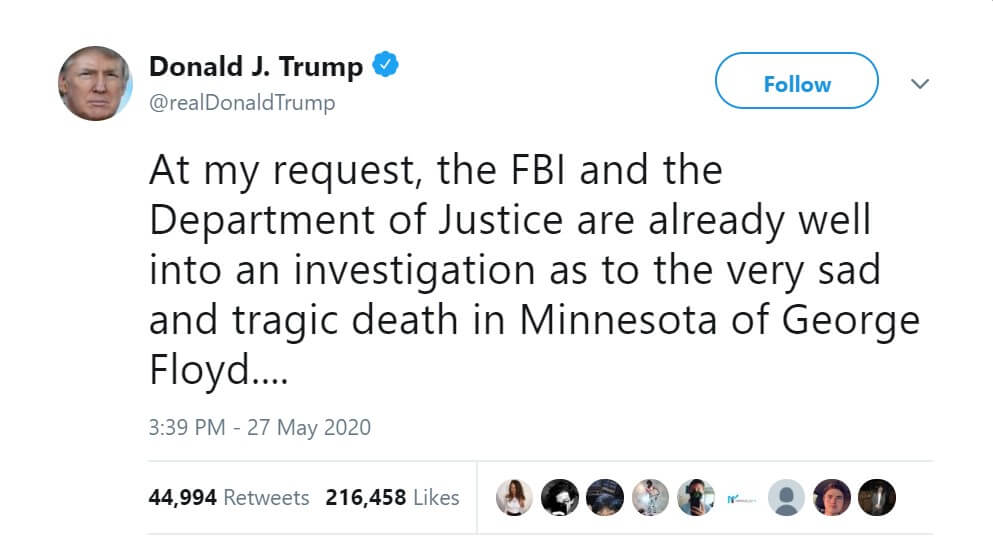 Truckers protest near the White House: Trump said it was a 'sign of love'

He lived in the USA for 40 years: the story of the first immigrant who died from coronavirus in ICE prison

Oppositionists protests in Belarus: hundreds are arrested, some with temperature