Home Educational program In the US, cases of fraud on behalf of the Social Security Service have become more frequent: how to protect yourself

In the US, cases of fraud on behalf of the Social Security Service have become more frequent: how to protect yourself

Fraudsters use the Social Security Administration (SSA) phone number in an attempt to steal sensitive personal information from users. 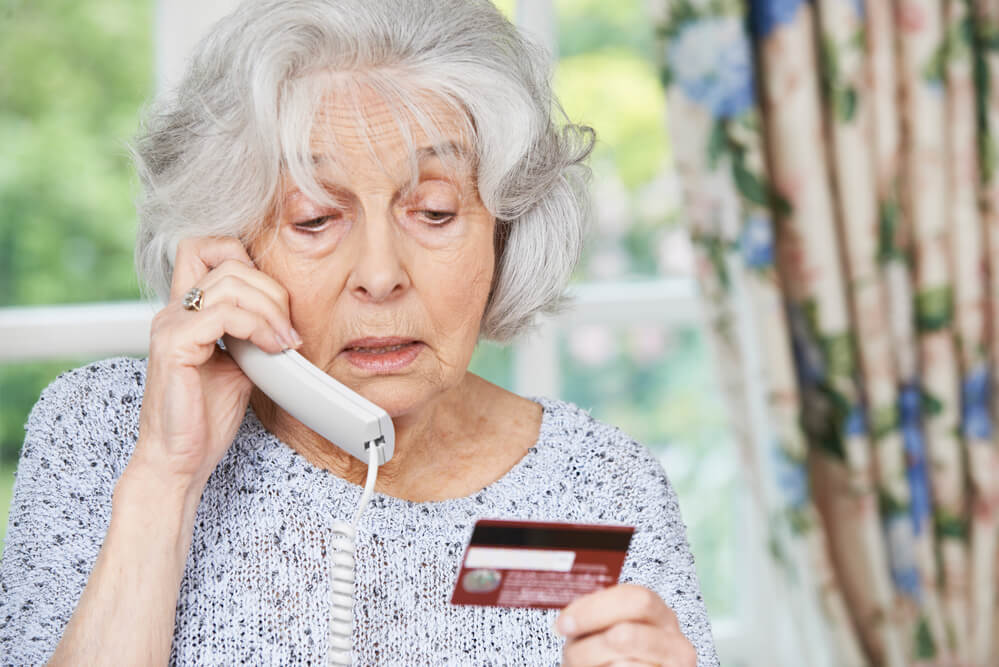 According to the commission, with such a call, the SSA office number for clients, 800-772-1213, is displayed on the screen, although in fact the call comes from another place. This scheme of using other people's phone numbers to deceive consumers is called “spoofing”.

If the victim answers the call, the caller is presented as a Social Security Officer and says that the subscriber’s file does not contain the necessary personal information, such as a social security number. In addition, the caller may state that you need to provide additional information in order to increase the amount of your benefits, or he will threaten to stop paying benefits until you confirm the information he allegedly has about you.

What to do if fraudsters call you

The FTC warns that “spoofing” is common in all regions of the United States, and asks subscribers to be extremely careful.

If you receive such a call, the FTC advises you to hang up and call SSA directly. Dial 800-772-1213, this is indeed the Social Security Administration's telephone number, but if you dial it yourself, the fraudsters will not be able to intercept and redirect the call.

In addition, it is worth remembering a few important facts:

Real SSA employees will never threaten you to get personal information. Nor do they promise to increase your benefits or benefits in exchange for information. If they do, it's a scam.

If you receive a call from scammers, report it.

If someone calls you, claiming that he is from SSA, and asks for personal information, inform the office of the SSA Inspector General at this number: 800-269-0271 or online. You can also report these calls to the FTC.

Phone fraud is a growing threat

The fraud with the Social Security Administration number is just the latest example of a problem that over the years has created more and more problems for regulators and users.

According to the law, telephone companies can block only certain calls, for example, those that come from a phone number that, according to customer feedback, is suspicious, because it has received suspicious calls. However, telephone providers are still not allowed to block calls when the caller ID shows the real telephone number, as is done in the case of “spoofing”.

Such calls are consumer complaint # 1 to the Federal Trade Commission. The agency received 2017 million similar complaints in 4,5, up from 3,4 million in the previous year, according to the FTC.

How to avoid such calls

At the moment, there are precautions that can help minimize the number of fraudulent calls.

Enter your phone number in the registry "Do not call"

By registering in the registry "Do not call“, You can request the removal of your landline or cellular phone number from the call lists used by telephone companies. This should help reduce the number of calls you receive from legitimate telemarketers and robocollers.

You will still receive calls from organizations with which you have established a business relationship, and you should also understand that fraudsters ignore legislation and similar lists.

Register with the RoboCall Alert Service

Many phone companies, including AT & T, Sprint, T-Mobile, US Cellular, and Verizon, have services that warn you that an incoming call could come from scammers or spammers. In some cases, these services are free, but sometimes you need to pay a few dollars a month for them to get a more reliable version.

Instead of just receiving alerts about incoming suspicious calls, the call blocking application can intercept such calls before they reach your phone.

Another option available to users of some telephone companies is to automatically reject anonymous calls. If you enable this feature, all calls from anonymous numbers will be rejected immediately, preventing the caller from even leaving a message.

However, this may prevent you from receiving calls from friends, relatives or other individuals who, for reasons of confidentiality, do not want their number and other information displayed on the call.

32% fake: how and for how many hotels and restaurants buy reviews on TripAdvisor

Will change human DNA and harm the marine environment: what happens if radioactive water from Japan enters the ocean