Home Page Incidents In the United States, the level of danger has increased due to a possible eruption of a volcano in Alaska

The volcano, which has repeatedly shown seismic activity this year, has begun its significant disturbances again, forcing scientists from the US Geological Survey and the Alaska Volcano Observatory (AVO) to talk about a higher level of volcanic hazard in the area of ​​Semisopochny volcano. Writes about it Weather boy. 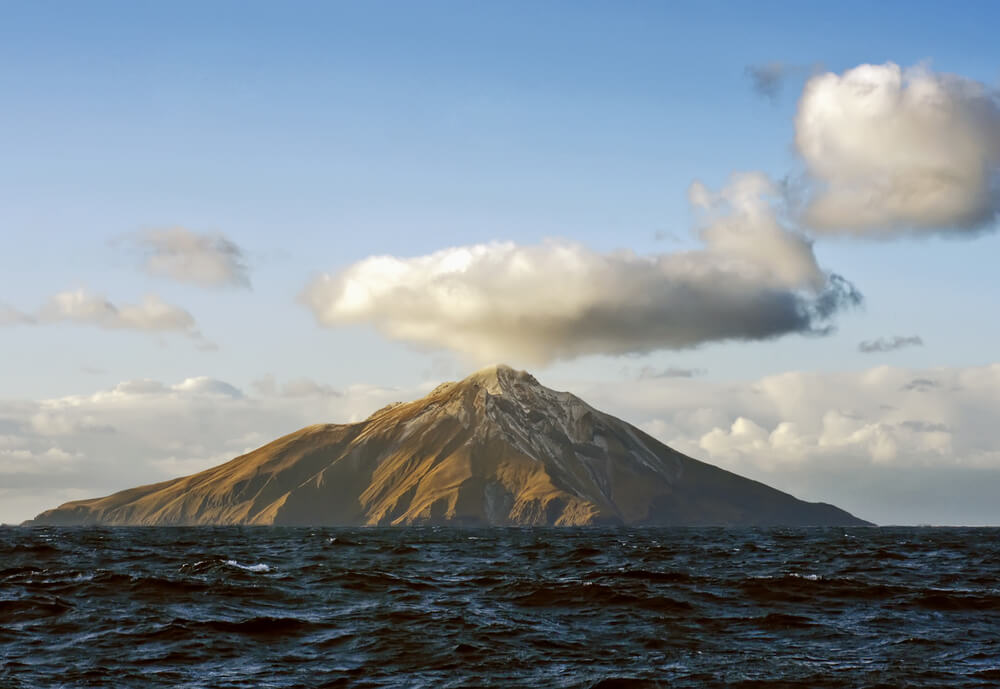 According to AVO, "in recent days, multiple discrete strong blast signals have been detected at local seismic and infrasound stations." It looks like there was a small explosion recently, and there may be more in the near future.

The AVO report states: “Last night (August 3) at about 22:15 pm local time (02:15 am the next day NY), an explosion and a powerful wave of seismic and acoustic shocks lasting about 15 minutes were detected on the local network. As a result of this activity, a small ash cloud was formed.

Based on its location on the globe, Semisopochny Volcano is the easternmost landmass in the United States and North America. It is part of the Aleutian Islands, a chain of 14 large volcanic islands and 55 smaller islands. These islands, with 57 volcanoes, make up the northernmost part of the Pacific Ring of Fire.

Ring of Fire is a region on the Pacific coast where numerous volcanic eruptions and earthquakes occur. Caused by plate tectonics, lithospheric plates beneath and around the Pacific Ocean move, collide, or collapse, creating the seismic activity for which the Ring of Fire is famous.

On the subject: Yellowstone has a record number of earthquakes: does this mean that the eruption of a supervolcano is near

Volcanoes in this part of the ring of fire are monitored by the Alaska Volcano Observatory (AVO), which is a joint program of the United States Geological Survey (USGS), the University of Alaska Fairbanks Geophysical Institute (UAFGI), and the Alaska Geosciences Department (ADGGS). AVO is similar to the Hawaiian Volcanic Observatory (HVO), which tracks Hawaii's three active volcanoes: Kilauea, Mauna Loa, and Hualalai.

In the case of AVO, Cleveland, Semisopochny and Benjaminoth are also being followed. However, Alaska is home to many volcanoes. There are over 130 volcanoes and volcanic fields that have been active for the past 2 million years. 50 have been active since the mid-1700s, and AVO is looking into those as well.

AVO says additional explosions and ash plumes are possible, which could be a problem for trans-Pacific aircraft that fly near the volcano on their Asia-North America routes.

Volcanic ash can cause significant damage to jet engines that fly through it, or to engines in boats and cars that absorb air filled with ash.

Volcanic ash is hard and abrasive and can quickly cause significant wear on various parts of an aircraft such as propellers, turbocharger blades and even cockpit windows. Because volcanic ash particles have a low melting point, they can melt in the combustion chamber of a jet engine to form a ceramic or glass glaze, which then adheres to turbine blades, fuel injectors and combustion chambers.

A jet engine absorbing a small amount of ash can be completely damaged. Overheating and engine failure are also possible in cars and trucks, as volcanic ash can penetrate almost every hole in a car.

Minor eruptions with small ash deposits in the active northern crater of Mount Cerberus and ash clouds below 10 feet (000 km) above sea level are typical of recent activity at Semisopochny, according to AVO. If ash remains at or below this altitude, trans-Pacific aviation will not be affected. But if a larger eruption throws ash higher into the atmosphere, it could create problems for aviators.

Semisopochny is the second volcano in Alaska, which in recent weeks is at an increased level of possible eruption. The US Geological Survey on July 23 raised the hazard level and color code to orange for Sitkin Volcano.

A week ago, on July 29, Alaska was hit by an impressive 8,2 magnitude earthquake, resulting in numerous tsunami warnings. Scientists are concerned that every explosive eruption of any volcano in the state could cause an earthquake or tsunami threat to Alaska and beyond.