Home Page In the U.S. In the USA, after 10 years of searching, a treasure worth $ 1 million was found: who discovered it

In the USA, after 10 years of searching, a treasure worth $ 1 million was found: who discovered it

Ten years ago, a treasure hunt began in the Rocky Mountains in the United States - the race was announced by the millionaire, collector and art dealer Forrest Fenn. His treasure was found by a student from the United States in June 2020. It was only recently that this man revealed his name, and immediately hired security. Writes about it "Jellyfish". 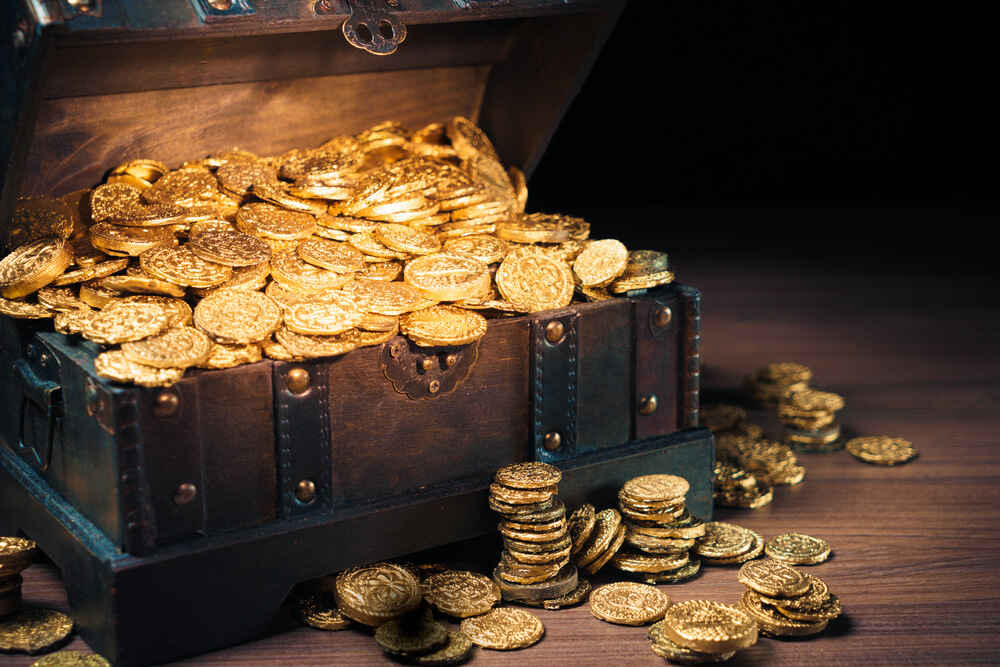 In June 2020, Forrest Fenn from Santa Fe, New Mexico discovered that he had hidden a chest of over $ 1 million in gold, jewelry and other valuables. was found... In 2010, Fenn sparked a cult following when he announced in his autobiography, Passion of the Chase, that he had hidden a chest somewhere in the Rocky Mountains. He inspired tens of thousands of people to go in search of the treasure, but until recently the prize eluded them.

A poem was published in Fenn's book, which contained 9 encrypted clues. They pointed to the place where the treasure was hidden. As the millionaire later explained, he hid the treasure in the place where he would like to die. According to these data, the treasure was at an altitude of more than 2000 meters above sea level, but Fenn did not recommend sending searches to cemeteries and destroyed houses, and also not to search for it in Utah and Idaho.

Fenn had been thinking about secret treasures back in 1988, when he was diagnosed with cancer. The millionaire got the idea to leave behind a special memory - to hide treasures and hint at possible places of search. He was able to stop the disease, but did not abandon the idea of ​​\ uXNUMXb \ uXNUMXbthe treasure.

Thousands of treasure hunters were looking for hidden values. At least four (according to some sources - five) of them died in the last four years... Some pursued Fenn himself, entered his house, and threatened.

This would have continued for a while, but on September 7, Forrest Fenn died at the age of 90.

On the subject: The secret of the mysterious monoliths in the USA and Europe has been revealed: now you can buy them

Fenn suggested a number of possible next steps for the hunter who discovered the treasure, including selling it, or even hiding it again. His only request was: "Whatever you choose, keep the thrill of the chase alive and continue the legend."

After Fenn's death, an anonymous article appeared on Medium dedicated to his memory. The author claimed that he was the person who found the treasure. He stated that two years ago he figured out where to look, but it took him 25 days in the Rocky Mountains and two years of preparation to get to the place and find the treasure. He accompanied the article with a photograph of the chest taken at the location where Fenn had hidden it in 2010. The author also spoke about the meeting with the billionaire and how they talked about the search.

2,5 months passed - and other treasure hunters decided to sue the author, who had no luck in finding Fenn's treasure. Then the author revealed his name: it turned out to be 32-year-old medical student from Michigan, Jack Steuf. On December 7, journalist and writer Daniel Barbarisi, who is writing a book about Fenn's treasures, announced his name. The journalist noted that Fenn's family had previously confirmed that Stuf had indeed found the treasure. Jack has revealed his identity to prevent people from learning about him from court-related statements.

According to Stuf, he did not reveal himself, not because he had something to hide, but because Fenn was persecuted and threatened. Stuf didn't want it to affect him or his family. But after Chicago-based lawyer Barbara Andersen filed a lawsuit against the man who found the treasure, claiming her guessed correspondence had been hacked, Stuf decided to give his name.

Jack told Daniel Barbarisi that a court in New Mexico accepted Andersen's claim and the judge demanded that Fenn's heirs provide the applicant with personal information about the man who found the treasure. Stuf himself called the lawsuit unfounded and noted that he had never heard of Barbara Andersen before, and that Fenn did not hide a treasure in New Mexico.

According to Stuf, he was prepared for such a development of events, hired security and moved his family to a safe place with multi-level protection. He understood that his find would put an end to the hopes of many people around the world, they would face disappointment and mistrust. But he stresses that he never worked for Fenn and the millionaire never chose Stuf as the one who “finds” the treasure. He was an accidental, outsider, and found the treasure the way the millionaire had intended.

When asked why Stuf did not name the place where he found the treasure, he replies that he did not want to turn this place into a pilgrimage point. This place was of great importance to Forrest Fenn, and Stuf, in his words, "did not want to be destroyed."

The found treasure, according to Jack, is in a safe vault in New Mexico (and this is not Fenn's vault). He plans to leave the chest there until he sells the treasure. While Stuf is still pondering how to sell them, he does not exclude that many of those who were looking for these same treasures would not mind buying out some of them.

After the treasure is sold, Stuf is about to fulfill Fenn's last wish. The millionaire asked that the chest itself be in a certain place where other treasure seekers could see it. But what this place was, Stuf did not say.

The United States found the cause of the mysterious illness of American diplomats: they were attacked