Home In the U.S. In the United States, a white professor has been posing as an African American for years

In the United States, a white professor has been posing as an African American for years

Jessica Krug, an activist teaching African American history at George Washington University, wrote a post-disclosure in which she revealed that she had been pretending to be black from different parts of America for years. The Guardian... She is actually a white woman with Jewish roots from Kansas City. 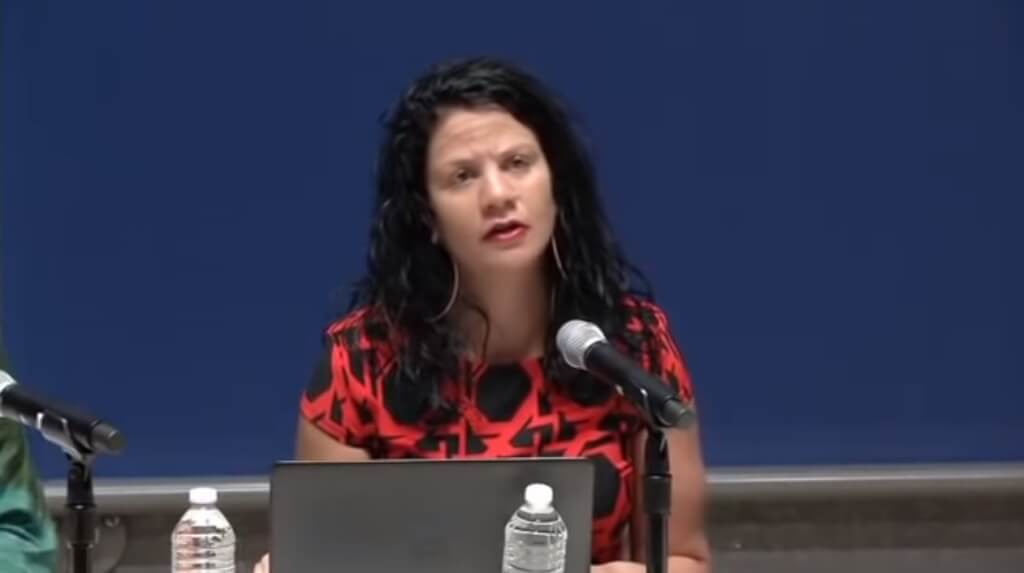 Previously, Jessica Krug received financial support from cultural institutions such as the Schomburg Center for Black Cultural Research for a book she wrote on the transatlantic slave trade. The circle has also published several books and essays on blacks and black culture. According to a Medium post allegedly written by Krug herself, her career was based on "the poisonous soil of lies." Some media outlets that published her work began to delete posts after the revelations.

“Throughout my adult life, I increasingly avoided my life experiences as a white Jewish child in the suburbs of Kansas City, under various fictional characters with a black identity that I had no right to claim: first North African black, then American after a black woman from the Bronx with Caribbean roots, ”she wrote.

In the book The Circle "Fugitives of our time", published before her confession, she allegedly writes about herself: "My ancestors, unknown, unnamed, shed blood for the sake of a future, about which they did not even know if it could and would exist. Those whose names I cannot name for their own safety, whether in my area, in Angola or in Brazil. "

In activist circles, she called herself Jessica La Bomballera or Jessa Bombalera, and she could be seen at a public hearing in New York on police brutality this June.

“I'm Jessa Bombalera. I am here in El Barrio, East Harlem. You probably heard about this because you sold my damn area to developers, she said. "I want to bring in all these white New Yorkers who waited four hours with us to be able to speak, and then did not give in to the black New Yorkers."

Reaction of friends and students

Those who knew the Circle as La Bombalera expressed their shock on social media.

“I'm overwhelmed and still trying to process my emotions, but mostly I feel betrayed, stupid and in many ways embittered,” Robert Jones Jr. said on Twitter.

Back in 2018, Jones posted his conversations with Krug in Material for Marginalized Communities.

Screenwriter Hari Ziyad, who was among Jessica's friends, suggested that the reason for Jessica Krug's self-exposure was that her secret had already been revealed. Air force.

“Jess Krug is the man I called my friend until this morning. But today she called and told everything that is written here. And she did it not of her own free will, - wrote Ziyad. “But I always knew that something was wrong with her. So I held her at arm's length, but still close enough that she could harm the dark-skinned people around me. I apologize to many people. ”

On the subject: ForumDaily exclusive: Russian intelligence officer exposed in the USA - on preparation for illegal intelligence, spy tricks and complexities of double life

One of Jessica Krug's students, 21-year-old Aria Sakon, said she was shocked by the teacher's self-exposure. The girl said that in the coming days she was supposed to start a course on the history of Latin America, which the professor reads.

“It’s just heartbreaking because students came with an interested eye to learn about the history and heritage of Latin America,” said Aria Sakon. “We all really believed in her.”

Her current neighbor in the Bronx, Anna Anderson, told DailyMail.com that Krug called her "white trash" and said that Anderson would "polish" the area by moving away. After an argument over bicycles, the Circle asked Anderson, "Do you know what the police do to black people like me?" - quotes The Daily Mail.

Why did it happen

Krug refers to her traumatized childhood and mental health issues in her post, but says that it can't be used to justify her behavior.

“I've fought some inhuman mental health demons my entire life as an adult and child. Mental health issues probably explain why I initially adopted a false identity when I was young and why I continued and developed it for so long.

But mental health problems will never, ever explain, justify, or condone the fact that, despite the regular criticism of every non-black person who appropriates black wealth and culture, my false identity was entirely created from black lives. " - she wrote.

In a post on Medium, Krug said, “I've thought about putting an end to this lie many times over the years, but my cowardice has always been stronger than ethics. I know what is good and what is bad. I know the story. I know strength. I'm a coward. There is no ignorance, no innocence, nothing to demand, nothing to defend. I've done it all wrong for years. ”

“I didn’t live a double life. There is no parallel form of my adult life associated with white people, the white community, or an alternative white identity. I lived this lie completely, with no plan or exit strategy, she writes. “I only built this life, a life in which I acted with a radical sense of ethics, right and wrong and with an anger rooted in black power, an ideology that everyone should support, but which I have no way of claiming as my own.” ...

She admitted that it was unlikely to repair any relationship, given the extent of her lies.

“I burned all the bridges and do not expect any of my relationships to be fire resistant. I would never ask or expect forgiveness, - we read in Jessica's post. “To everyone who trusted me, who fought for me, who vouched for me, who loved me, who experience shock, betrayal, rage and deep pain and confusion: I beg you, please do not question your own judgment. You weren't naive. I cheated blatantly. I have a very clear and loud conscience, but I acted as if I didn't have one. "

On the subject: In Pennsylvania, a 3-year-old scammer pretended to be a lawyer and tricked immigrants

George Washington University, where Krug taught a course on African and Caribbean history, said it was looking into the circumstances of the blog post, but declined to comment further.

This case has parallels with the story of Rachel Dolez, a white activist who also posed as a black woman. For the first time, the general public learned about her in 2015, when her parents announced their daughter's white origins. The former activist and head of African studies has also posed as an African American for years, and, upon exposing her parents, said that she “identified herself as black” and became “the first trans-black person”.

A month worked: a woman was sentenced to 2 years in prison for lying in a resume