Home In the U.S. Openly gay to join the U.S. government for the first time

Openly gay to join the U.S. government for the first time

Joe Biden, who won the presidential election in the United States, invited his former Democratic rival Pete Buttidzic to become the head of the Department of Transportation in his administration. Meanwhile, Republican Majority Leader in the Senate Mitch McConnell congratulated Biden on his victory. Writes about it Air force. 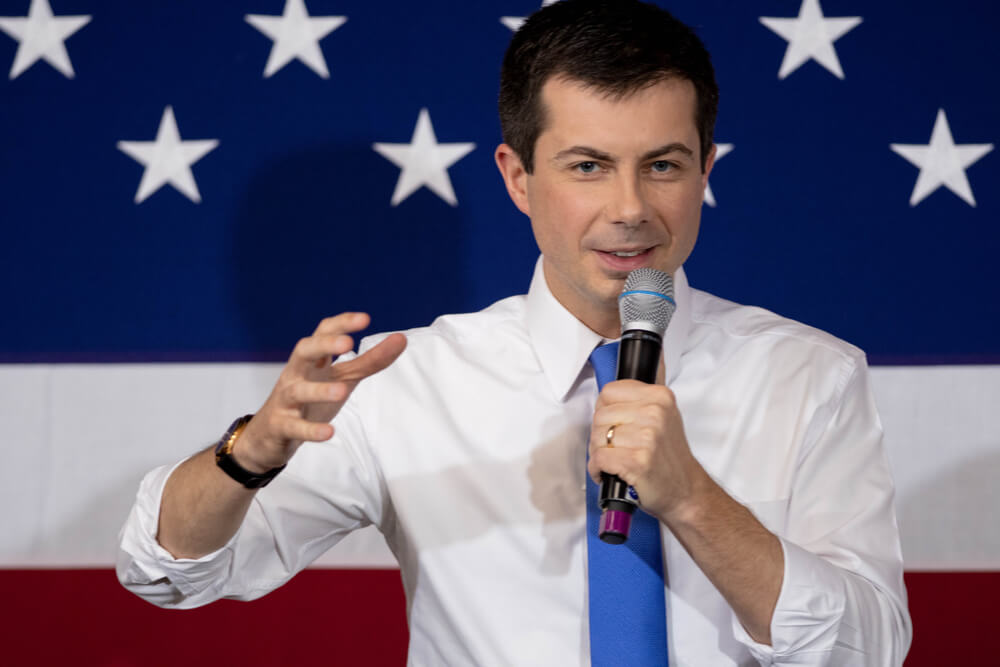 Buttidzic announced his future appointment as head of the transport department on his Twitter.

“There are tremendous opportunities now to create jobs, tackle climate issues and foster equality for all,” Buttidzic wrote. "It is a great honor for me that the President-elect offered me the position of head of the Department of Transport."

If Buttidzic is appointed, the 38-year-old politician will become the first openly gay head of the US federal department in history.

During the 2020 presidential race, Buttigieg, the ex-mayor of the tiny town of South Bend, Indiana, ran for the Democratic nomination for the White House, but lost in the primary and backed Biden's candidacy.

“Pete Buttigieg is a patriot and problem solver. He embodies the very best of our people, ”Biden said Tuesday, December 15, of the new department head.

Another leading competitor to Biden in the primary election, Senator Kamala Harris from California, was elected Vice President of the United States.

Who is Pete Buttigieg

Meanwhile, Senate Majority Leader Mitch McConnell congratulated Biden on winning the presidential election. He did it the day after The Electoral College has formally elected Democratic candidate for president.

President Donald Trump continues to refuse to acknowledge Biden's victory. He claims that gross violations and rigging took place during the voting and counting of votes, but his arguments have already been rejected by numerous American courts, state administrations (including those controlled by Republicans) and representatives of the federal authorities.

During his Senate speech, McConnell said he hoped to see a "different outcome" for the election, but the Electoral College decided to elect the Democratic candidate.

“So today I want to congratulate President-elect Biden,” said the Senate Majority Leader.

He also commented on the election of Kamala Harris to the post of vice president, the first woman in history to hold this post and the first representative of the non-white part of the population.

“Now all Americans can be proud to have a woman elected for the first time,” McConnell said.

It took more than a month for this, but now Mitch McConnell has admitted the obvious - Joe Biden will be the next president of the United States.

After Biden takes office, the Senate Majority Leader will become the highest-ranking Republican in the country, so his congratulations go a long way.

They provide cover for other members of the American Congress who were afraid to speak out about Biden's victory because they did not want to incur the wrath of Donald Trump. And besides, congratulations will perhaps provide a more traditional handover process - at least as far as the relationship between the future White House administration and Congress is concerned.

As McConnell now recognizes Biden’s victory, Trump’s last hope of changing the January 6 election results is finally dashed, during the approval of the voting results in Congress.

Not only will the Democratic-controlled House of Representatives reject the incumbent's efforts, they are also unlikely to find any support in the Senate.

Now all that remains is to wait for Trump to respond. He can simply brush aside McConnell's words - or add him to the president's ever-growing list of enemies in his own party.

US authorities accused Yale University of discriminating against white applicants