Home Positive The network started talking about the return of Kaliningrad to the Czech Republic: in Russia they did not appreciate the joke and were indignant

The Czech Internet has been actively joking in recent days about the accession of the Kaliningrad region of Russia to the Czech Republic - updated maps are being distributed on social networks, and the city of Kaliningrad is being renamed Kralovets, reports European Truth. 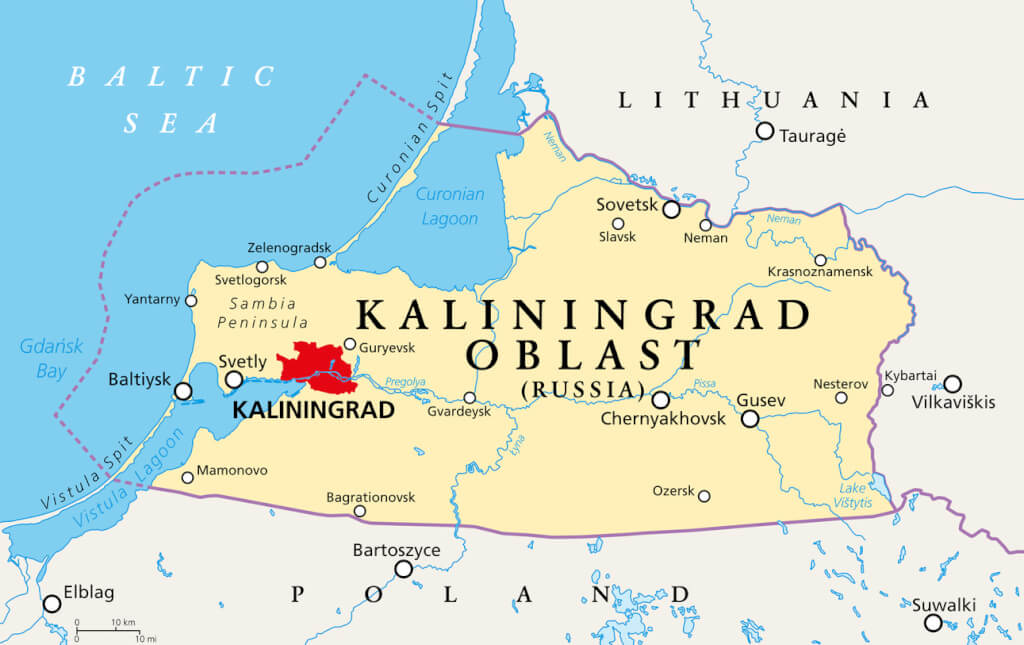 The joke started with an anonymous tweet from a Polish user. “The time has come to divide Kaliningrad so that our Czech brothers finally get access to the sea,” says the original post, which comes with a map dividing the region into two halves – “Czech” and “Polish”.

The message was spread by MEP Tomasz Zdekhovsky, commenting on it with the words: “And how can one not fall in love with the Poles here”.

On the subject: Russian female cosmonaut will fly to the ISS on an Elon Musk rocket: Rogozin could not resist a joke about this

But the Russian website EA Daily took Zdechovsky's joke seriously and reported that the Czech politician was proposing to divide the Kaliningrad region between the Czech Republic and Poland. This caused a wave of jokes and joke tweets.

Thus, one of them tells about the recent visit of Czech Foreign Minister Jan Lipavsky to the White House and a meeting with US President Joe Biden, who "fully supports the Czech Republic's claims to the territory of Kaliningrad."

The idea of ​​“annexing Kaliningrad” (Královec in Czech) was also picked up by the Czech satirical news website AZ247.cz.

He initiated petition, which collected more than six thousand signatures in five days. The list of supporters includes the name "Vladimir Putin".

Another petition for the “annexation of Kaliningrad” is also available on a portal run by the Czech Ministry of the Interior.

“We believe that Russia has been playing with Kaliningrad for too long and the time has come to hand it over to the next state, which has already become customary for almost 800 years of its existence,” the satirical site justifies the “annexation”.

Kralovets already has an “official” Twitter account, and users are spreading photos of the local lighthouse “Vidovaya Tower” under the Czech flag, which was renamed the lighthouse named after Przemysl-Otokar II – in his honor, in 1255, Koenigsberg was indeed founded.

“Welcome to the official Kralovets profile. After a successful referendum, 97,9% of the inhabitants of Kaliningrad decided to unite with the Czech Republic and rename Kaliningrad to Kralovets,” the Kralovets Twitter account said in a note.

Welcome to the official profile of Kralovec 🇨🇿. After a successful referendum, 97.9% of Kaliningrad residents decided to merge with the Czech Republic and rename Kaliningrad to Královec.

The Kaliningrad Region is located on the coast of the Baltic Sea and borders on Lithuania and Poland. In the past, it belonged to Prussia, Poland, Germany, and now it is an exclave of Russia.