An armed attack was committed against gymnasium No. 175 in Kazan. At least eight people were killed, a 19-year-old teenager was detained, reports DW. 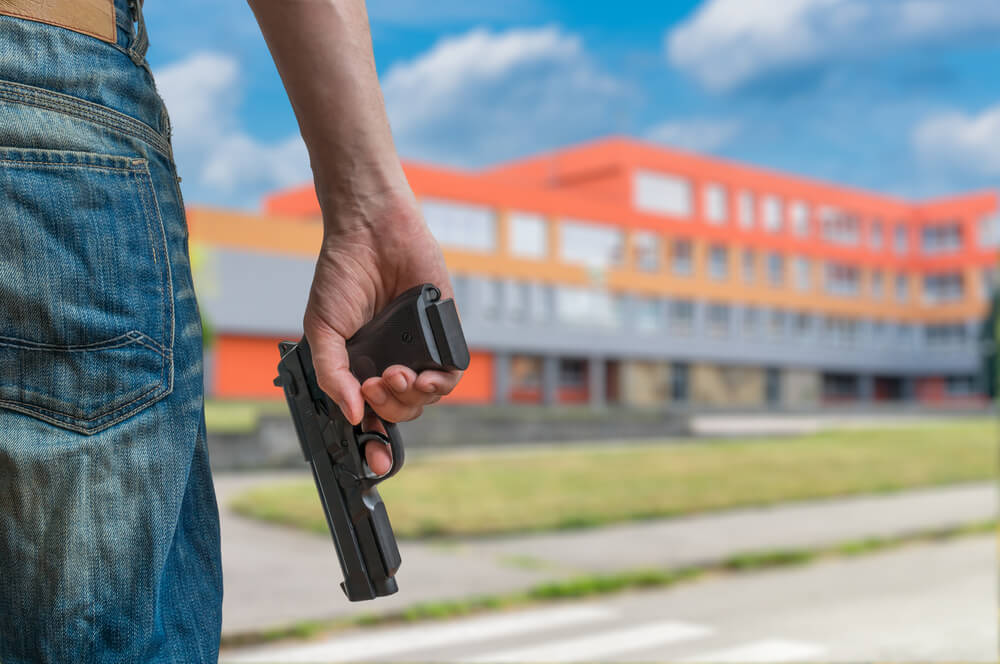 In Kazan, as a result of the shooting at gymnasium No. 175 on Tuesday, May 11, seven students and a teacher were killed, and at least 20 more people were injured. A 19-year-old teenager attacked the school and was detained. The Investigative Committee of the Russian Federation opened a criminal case under the article on murder. May 12 was declared a day of mourning in Tatarstan. The time indicated in this article is Moscow time.

At 10:14, news agencies reported that two unknown men with weapons entered School 175 and opened fire. RIA Novosti, referring to emergency services, reports that after the shooting an explosion occurred in the school building. Later, local authorities reported that there was still only one shooter.

A serious emergency in Kazan - a 19-year-old boy came to school with a weapon and started shooting. Nine people died, most of them children. pic.twitter.com/G1EXmkkC7s

The school building was cordoned off by soldiers of the Russian Guard. As of 10:40, dozens of ambulances and police cars have arrived at the scene. Some of the students at that time were on the street, however, according to eyewitnesses, there could still be people at the school. There was a rescue ladder near the school building that leads to the third floor. The President of Tatarstan Rustam Minnikhanov left for the place, a representative of the authorities told reporters.

On the subject: Dozens of injured and 15 killed: a wave of mass shootings swept across the United States over the weekend

As of 11:15 am, there are seven eighth-graders and one teacher among the dead. During the tragedy on the third floor, four boys and three girls were killed. Eight schoolchildren aged 9 to 15 years old are in serious condition, according to the Ministry of Education of the Russian Federation. The rest of the victims are in a state of moderate severity, among them are students aged 7 to 9, as well as a 50-year-old woman and a 62-year-old man, the age of another victim is being specified. A total of 21 people were injured.

Video from gymnasium 175 in Kazan. In addition to the shooting, there was also an explosion - broken doors and glass lay in the corridor. pic.twitter.com/2bCGX8bHix

According to the Baza edition, the name of the shooter is Ilnaz Galyaviev, he is 19 years old, he graduated from high school four years ago. During the arrest, he said that he had planted a bomb at the address of his registration, Baza further reports. The house was evacuated, it did not explode. Later, the alleged accomplice of the shooter was arrested - Mukhamedshin Ramil, he is 41 years old, the Tatar media write.

The 19-year-old detainee Ilnaz Galyaviev studied at a college at the Tatar Institute for Business Assistance (TISBI), but was expelled in April due to academic debt, the press service of TISBI told Interfax. Galyaviev was “a quiet and non-conflict student,” “he was always neat and calm, he treated his fellow students and teachers with respect,” said a representative of the university.

The young man who opened the fire received permission to store the Hatsan escort PS smoothbore shotgun on 28 April. Deputy Alexander Khinshtein told about this in his Telegram channel. The attacker on the school received a hunting ticket on February 16 and two months later registered a Turkish-made Hatsan escort smoothbore gun, Interfax reports, citing an informed source. According to him, Vladislav Roslyakov shot from the same weapon in the 2018 attack on a technical college in Kerch. Then 21 people died.

Khinshtein also said that there was no security at the school, only a panic button was installed, so the first to arrive at the scene were officers of the Russian Guard. The gymnasium was previously guarded by a private security company, but during the coronavirus pandemic, the parents of schoolchildren refused the services of security guards, writes the Tatar edition of Business Online, citing its own source.

Four years later, he will return to his native school, only this time not in a jacket and with a graduate ribbon, but with a gun and a homemade bomb. pic.twitter.com/Io9Q6RBQC8

Mash published a video from surveillance cameras, which shows that the shooter surrendered himself - he left the school building with his hands raised and knelt. 15-year-old student of gymnasium No. 175 told Mash that during class, a teacher came into the classroom and said, that people with weapons entered the building, and the director announced over the speakerphone that everyone should close their classrooms and not go out. Then 13-15 shots were heard, after a while the police knocked on the door and took the students out.

The gymnasium watchman was the first to block the path of the shooter who came, resisted him and managed to press the panic button. According to Khinshtein, the authorities of Tatarstan intend to "present this brave woman for a reward." According to media reports, the watchman was injured.

A criminal case has been opened on the fact of the attack on the gymnasium under the article on murder, according to the Investigative Committee of Russia (TFR). Russian President Vladimir Putin returned to Moscow from Sochi in connection with the tragedy in Kazan and during the day will continue contacts with the Ministry of Health, the Ministry of Education, the government and the heads of the special services. The tragedy will become a pretext for analyzing the effectiveness of security measures in Russian educational institutions.

Russian President Vladimir Putin instructed the head of the Russian Guard, Viktor Zolotov, to urgently work out a new regulation on the types of weapons allowed for civilian circulation, press secretary Dmitry Peskov said. He explained that Putin gave instructions "taking into account the type of small arms used by the shooter."

Tatarstan will conduct a "comprehensive check" of all owners of weapons. The families of those killed in the tragedy will receive 1 million rubles (about $ 13), payments for the victims will amount to 500 ($ 400) for severe and moderate injuries and 5400 ($ 200) for minor injuries.

Kazan, wounded children are being carried out of school pic.twitter.com/ecfVJfTWus

The head of Tatarstan, Rustam Minnikhanov, on his Instagram and Twitter pages, expressed condolences to the families of the victims and promised to keep the situation under personal control. May 12 is declared a day of mourning in Tatarstan.

A source of the TASS agency in law enforcement agencies said that the motive for the attack on the gymnasium could have been "revenge and hatred." He did not elaborate on the details.

Moscow Mayor Sergei Sobyanin and St. Petersburg Governor Alexander Beglov expressed condolences to the families of the victims and wished a speedy recovery to the victims of the tragedy in Kazan. Residents of Moscow and St. Petersburg organized spontaneous memorials near the buildings of the permanent mission of Tatarstan, where people bring toys, flowers and light candles.

The European Union expressed its condolences to the relatives and friends of the victims of the shooting in the Kazan gymnasium. Brussels wished a speedy recovery to all victims, the EU press service said in a statement.