A group of deputies submitted to the State Duma a bill on amendments to the law “On information, information technologies and information protection”, providing for the blocking by Roskomnadzor of resources that “admit discrimination” of the Russian media, writes Air force. 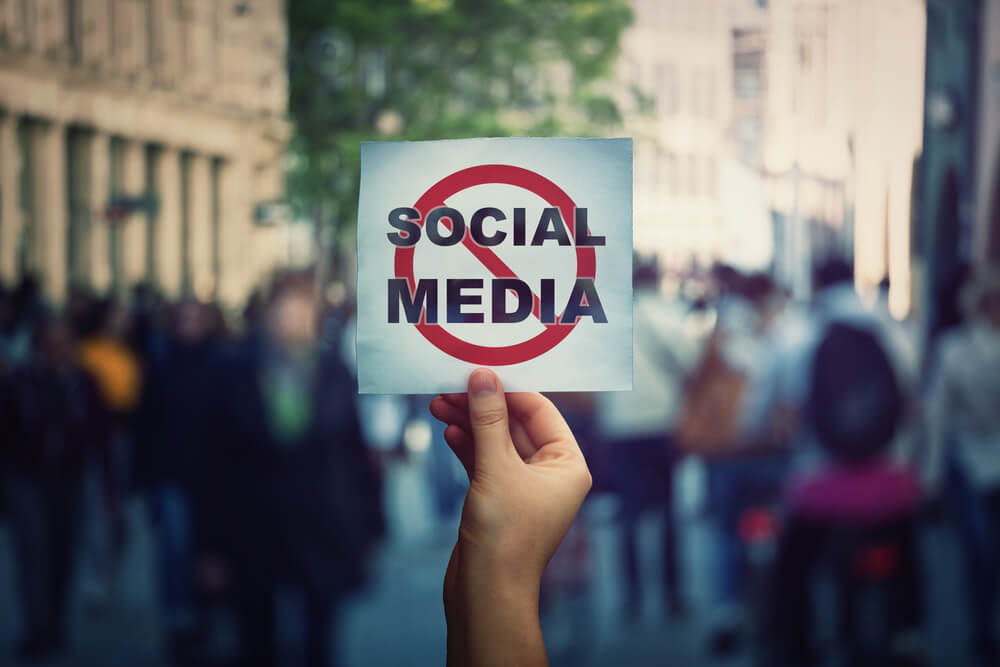 The document introduces sanctions for Internet resources for “discriminating against materials from the Russian media”. It gives rise to the status of the owner of an information resource involved in violations of the rights and freedoms of a Russian.

This status, according to the amendments, can be assigned by the Prosecutor General in agreement with the Ministry of Foreign Affairs.

“The decision can also be made if access to socially important information on the basis of nationality, language is limited on the Internet resource, as well as in connection with the introduction of sanctions against Russia or its citizens,” the explanatory note to the document says. Among the authors of the initiative are deputy Alexander Khinshtein and member of the Federation Council Alexei Pushkov.

The authorities will be able to fully or partially restrict access to resources, the owners of which have been found to be involved in such violations. In particular, they will be entitled to slow down traffic. The fine for Internet resources will be from several thousand to three million rubles (almost 40 thousand dollars), one of the co-authors of the bill, deputy Anton Gorelkin, told RIA Novosti.

“Since April 2020, the authorized bodies of the Russian Federation have been recording complaints from the editorial offices of the media about the facts of censoring of their accounts by foreign Internet platforms Twitter, Facebook and YouTube. Media such as Russia Today, RIA Novosti, Crimea 24 were also censored. In total, about 20 facts of discrimination were recorded, ”the explanatory note says.

Discriminatory actions against Russian clients of foreign services do exist, and this must be resolved, said the presidential press secretary Dmitry Peskov.

How the internet reacted

The expert community did not agree with this interpretation.

"Censorship is when the state restricts freedom of speech, private platforms cannot censor by definition, unless they are forced to do so by the state," Karen Ghazaryan, an analyst with the Russian Association for Electronic Communications, told the BBC. He did not see the logic in the new blocking initiative: "That is, we restrict the rights of Russians, so we will decide en masse, without a court decision, without anything, to restrict the rights of Russians?"

The public Internet activist, head of Roskomsvoboda Artem Kozlyuk agrees with him.

“Of course, this is not about censorship as such, if we talk about private sites,” he told the BBC. “Of course, users have the right to complain that their materials are blocked within these social networks, but this is considered exclusively within the platform itself, the Internet resource itself.”

Some Twitter users were surprised that the Russian authorities have started to counter censorship on the Internet, despite the fact that in recent years they have created an array of legislative measures that regulate the Internet and maintain a register of prohibited sites.

The public is surprised why those who misinformed viewers of federal channels about the coronavirus pandemic were not punished.

On the subject: The United States passed an anti-doping law named after a Russian informant

Experts believe this is possible. According to Kozlyuk from Roskomsvoboda, now there is a greater chance that Russia will restrict access to the world's largest Internet resources.

“I wouldn't be surprised if next year we see entries in the registry about the blocking of Twitte, Facebook, YouTube or some other Internet services,” he said.

Moreover, in the case of YouTube, it is possible that Roskomnadzor will be able to make it unsuitable for use in Russia.

“The heavier the content that a platform generates, the easier it is to sanction it. If we talk about Youtube, then you can thus reduce the quality by making obstacles with the help of equipment that is on the side of the telecom operator. As a result, it seems like it will not be blocked, but it will be difficult to use it, ”explained Kozlyuk. According to him, the Russians in this case will lose the opportunity to stream on YouTube or watch videos there in good quality.

In theory, Roskomnadzor has the technical ability to restrict traffic to certain sites, Kozlyuk explains. At the level of telecom operators, DPI equipment is already being implemented, which can isolate a certain type of traffic and manipulate it.

“For example, YouTube traffic will be isolated within the entire stream, the rest will be skipped, and the YouTube speed will be limited,” Kozlyuk explained.

True, he made a reservation that much depends on the decision of the leaders of the same Google, YouTube, Twitter and Facebook: "Will they resist, like Telegram, or let everything go by chance, as Linkedin did." Roskomnadzor failed to block Telegram in Russia: the department fought the messenger for more than two years, but eventually canceled the blocking in the summer of 2020, and in November even started its own Telegram channel.

Ghazaryan also admits that formal blocking of YouTube or Twitter is possible, but reminds that there are plenty of ways to circumvent the restrictions.

“And if we take into account that almost all Russian Internet users use these resources, then the consequences of the fact that by 90 million users sharply start using blocking bypass means will be quite unpredictable,” he said.

Roskomnadzor has previously accused foreign services Twitter and YouTube of censorship. So, on Tuesday, November 17, the department sent a letter to Google demanding to cancel the restrictions imposed on the channel of TV presenter Vladimir Solovyov “Soloviev LIVE” on YouTube.

According to the ministry, Solovyov's releases did not make it into the Trending section of video hosting, "although this happened regularly before."

“This situation can be regarded as an attempt by the YouTube administration to restrict the distribution of materials by a popular Russian author, to prevent the growth of his audience,” Roskomnadzor said.

Soloviev himself has repeatedly complained about not falling into YouTube trends on his channel. He also claimed that his subscribers did not receive broadcast notifications on his channel.

YouTube has previously flagged RT's documentary about the US protests as “inappropriate and offensive”. Roskomnadzor responded by recommending that Russian media use Russian video hosting platforms instead of YouTube.

Roskomnadzor also contacted Google in September this year: a warning appeared on the hosting before watching a film by VGTRK TV presenter Alexander Rogatkin "Beslan" that the film might not suit part of the audience.

“This content, according to members of the YouTube community, contains material that may intimidate or shock some users,” reads the warning. To date, Rogatkin's film has collected almost 252 thousand views.

For comparison, Yuri Dud's film about the tragedy in Beslan, which was scolded by many pro-government journalists (including Solovyov) for “justifying terrorism,” received more than 22 million views.

“YouTube is trying to use all its possible tools to restrict the Russian media, Russian authors who hold a patriotic and neutral position, an objective position,” the Russia 24 TV channel quoted Alexander Malkevich, the first deputy chairman of the Russian Public Chamber's media commission. - Limits them in the so-called monetization, tries to do everything so that people who work honestly in relation to their country, to its history, do not earn. And at the same time, only those who spit on our country, memory, history, solve problems of an ideological, anti-Russian nature can earn money ”.

In Russia, a man found a note in new shoes asking for help