Home In the U.S. 160 people were killed and 500 wounded on holidays in the United States: there are children among the victims

A 6-year-old in Philadelphia, a 7-year-old in Chicago, an 8-year-old in Atlanta, a 15-year-old in New York - all of these children were victims of shootings on a holiday weekend in the United States, writes The Guardian. 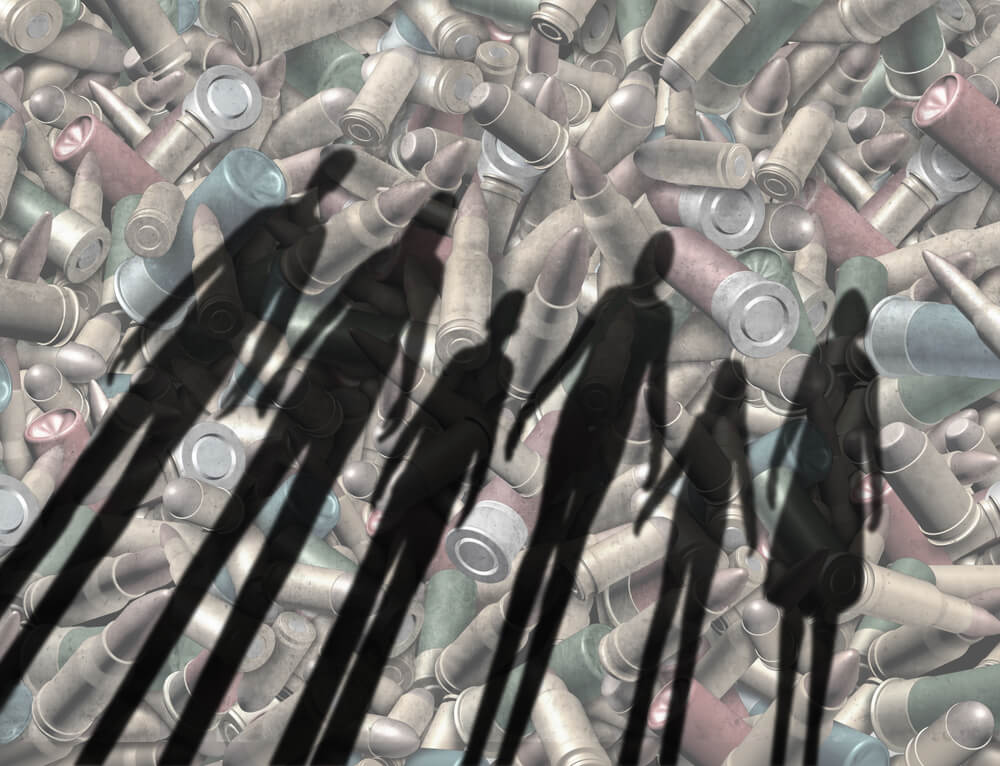 Some of the largest cities in the United States saw massive outbreaks of gun violence over the weekend, killing about 160 people and injuring more than 500, all from Friday evening, July 3 to Sunday, July 5. ...

Georgia Governor Brian Kemp declared a state of emergency on Monday, July 6, after 31 people were gunshot wounds, 5 of whom died on a weekend in Atlanta. He authorized 1000 National Guard soldiers to “guard state property and patrol our streets.”

One of the worst outbreaks of violence occurred in Chicago: the weekend ended with 17 deadly shots, among the dead were a 7-year-old girl and a 14-year-old boy. Another 63 people were injured. This statistic increased by 5 shots compared to the bloody weekend in honor of Independence Day last year.

Despite efforts that included an additional 1200 officers on the streets and requests from the mayor of the city, Lori Lightfoot, so that the residents would not interrupt some progress made in the fight against the epidemic of violence, Lightfoot mourned children whose "hopes and dreams were broken by a gun barrel."

This year, the south and west sides of the city had the worst weekend, and during the recent shootings, children aged one and three years were killed. The increase in violence forced Donald Trump to write a letter to Lightfoot and the Illinois Governor, JB Pritzker, to both Democrats, accusing them of receiving more than $ 1 billion in anti-crime money "not turning into results."

“Your lack of leadership ... continues to let down the people you have sworn to protect,” the letter says.

The shooting that led to the death of 8-year-old Secoria Turner in Atlanta prompted Mayor Keisha Lance Bottoms to call for justice.

“It can't go on like this,” Bottoms said. "If you want people to take us seriously, and you don't want us to lose this movement [meaning Black Lives Matter], we cannot lose each other."

The shooting occurred near a restaurant, where in June a white policeman killed a black Reishard Brooks.

“She was only eight years old,” Charmaine Turner said of her daughter Secoria. "She would be on TikTok right now, dancing with her phone."

Atlanta police said two other people were killed and more than 20 injured as a result of the firing weekend.

In New York, a series of shootings on Saturday and Sunday, July 4 and 5, killed at least 9 people, 41 people were injured as a result of the growing number of incidents in some areas. A 15-year-old boy was injured in the Bronx.

In Philadelphia, a 6-year-old boy died from a gunshot wound as a result of 5 fatal shots on Sunday afternoon, police said.

The Trace, a non-profit US violence-related news website that counted the number of US shootings over the weekend, said a preliminary study by the University of California at Davis found a potential link between rising violence and a surge in gun purchases during the coronavirus pandemic, which in the period from March to May increased by more than 2,1 million weapons compared to conventional ones.

Rev. Gregory Livingston, a pastor and civil rights leader who moved to New York last summer after managing a community-based anti-violence public organization in his native Chicago for many years, said Chicago was "absolutely crazy."

According to him, nationwide systemic racism and the “cruel history” of America, which was not taken into account, divide people and lead to the collapse of some communities.

He condemned “corruption and racism” and said that the pandemic and economic consequences exacerbated inequality. The pandemic was disproportionately severe for black Americans already suffering from economic and medical hardship.

Livingston conducted a decisive campaign to vote against the previous mayor of Chicago, Ram Emanuel. Lightfoot has been in office since May 2019 and has just appointed a new police chief.

Lightfoot agreed with Livingston's claim that Chicago's long history of segregation and underinvestment were the “root of the explosion” of violence.

“You have to give a sense of hope. You have to reach out to those young people who are shooters, but this cannot be done only by the police and the city leader. That means whistling everyone upstairs, ”Lightfoot said.

She said of Trump: “We lead. He must accept our initiative and follow it. ”

“There is individual responsibility among the shooters, but there are also conditions that create an atmosphere of violence,” he said.

He accused the mayor of New York, Bill de Blasio, of being “afraid” of confronting racism in the New York City Police Department.

“There is no courage at City Hall,” Livingston said.

On the subject: Bloody weekend: wave of killings and injuries among protesters swept across the USA

And he warned mayors across the United States that Chicago was the “guide” to what would happen elsewhere this summer if inequalities and demands from protesters spread from coast to coast.

White House spokeswoman Kaley Makinani said she was alarmed at not being asked about the shooting at her briefing on Monday, July 6, despite referring to "doubling the shooting in New York for the third consecutive week."

Reporters at the briefing replied that she had finished the 22-minute briefing and left, while many were still waiting with their hands up to ask questions.

shooting in the USA

'There is a limit to everything': Seattle police have cleared the 'autonomous zone' of protesters

Danced with mom: in Chicago, a 13-year-old girl died from a stray bullet at home