Home Incidents A bridge collapsed in Pennsylvania: Biden was just on his way there with a speech about infrastructure

A snow-covered bridge in Pittsburgh, Pennsylvania, collapsed on January 28 morning - just hours before US President Joe Biden was scheduled to visit the city on a previously scheduled trip to discuss infrastructure. Writes about it CNN. 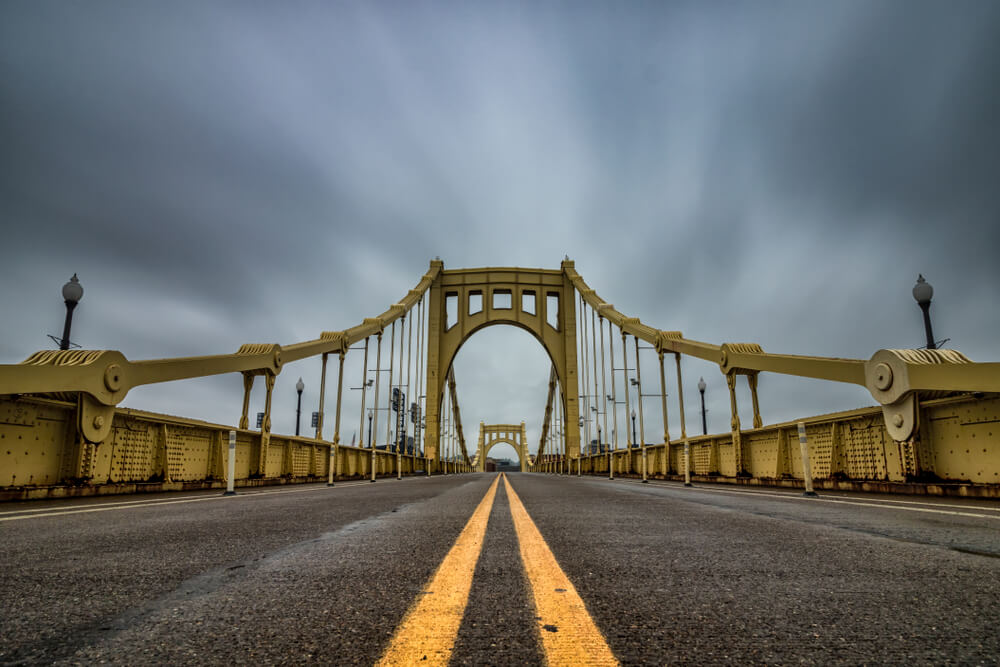 No deaths have been reported, Pittsburgh Mayor Ed Gainey said. The cause of the collapse is yet to be ascertained.

According to fire chief Darryl Jones, 10 "minor injuries" were recorded, three people were evacuated from the scene. None of the injuries were life threatening.

Johnson reported that there were four cars on the bridge when it fell. The teams are still at the scene of the accident - they want to make sure that no one was under the bridge at the time of its collapse.

Only minor injuries were reported, including the bus driver and two passengers.

The National Transportation Safety Board said a "task force" was dispatched to the site of the collapse.

Downs said the collapse of the bridge, among other things, ruptured a natural gas line in the area, and the line has since been shut off. There are several reports of people in the area feeling unwell due to the gas and being treated locally.

Peoples Gas spokesman Barry Kukovic confirmed that the company had a gas distribution line on the collapsed bridge.

“It went under the roadway and then under the bridge,” he said.

According to Kukovic, there is currently no evidence that a gas explosion occurred prior to the collapse. He called the pipeline a distribution pipeline, but not a high-pressure gas pipeline.

Kukovic stressed that Peoples Gas crews are assessing the situation on site and nearby customers are experiencing "minimal service disruptions."

Biden is aware of the collapse, the White House said in a statement, and plans to continue his trip.

“The President is grateful to those who were the first to respond to help the drivers who were on the bridge at that time,” the message says.

Pennsylvania Governor John Fetterman called the collapsed structure a "vital artery" in the Pittsburgh area. The bridge crosses one of the largest parks in the city - Frick.

Asked about the collapse on the day of the president's visit, Fetterman said, "It's a terrible way to emphasize how important infrastructure is in a country."

Jeremy Habowski said he was lucky to be alive after the collapse. He and other drivers were unable to stop in time after the bridge collapsed, he said.

“The worst thing, of course, was to drive over the edge, because there was a gap, and my car hung in the air,” he stressed. His car, along with others, is now on top of what is left of the bridge.

When things calmed down, Habowski checked on the other driver, he said. He then climbed a hill to try to prevent other drivers from driving into the wreckage.

“It was very important,” he said.

Greg Barnheizel said that he and his wife went on foot to look at the remains of the bridge, which is not far from their house.

“We live about a quarter mile from the bridge, but we didn't hear it collapse,” Greg said. “When we got to the site of the collapse, the roaring sound and the smell of gas were overwhelming.”

Another resident, Wendy Straw, also heard the collapse, but thought it was "a huge snowplow driving on wet pavement without snow."

“It's very scary,” she said. “All those ambulances, fire trucks and stuff. The mere thought of the collapse of the bridge is very scary! I walk across this bridge all the time."

According to the Pennsylvania Department of Transportation, which monitors the state of bridges in the state, this bridge received a rating of "poor", writes CNN.