Home In the U.S. In one of the universities in California, they figured out how to avoid the deportation of foreign students

Hundreds of students at the University of California at Berkeley are discussing a plan to create a full-time course solely to circumvent the new US immigration rules, which could lead to the deportation of international students with F-1 visas. And they say that at least one teacher also takes part in this, writes Fox News. 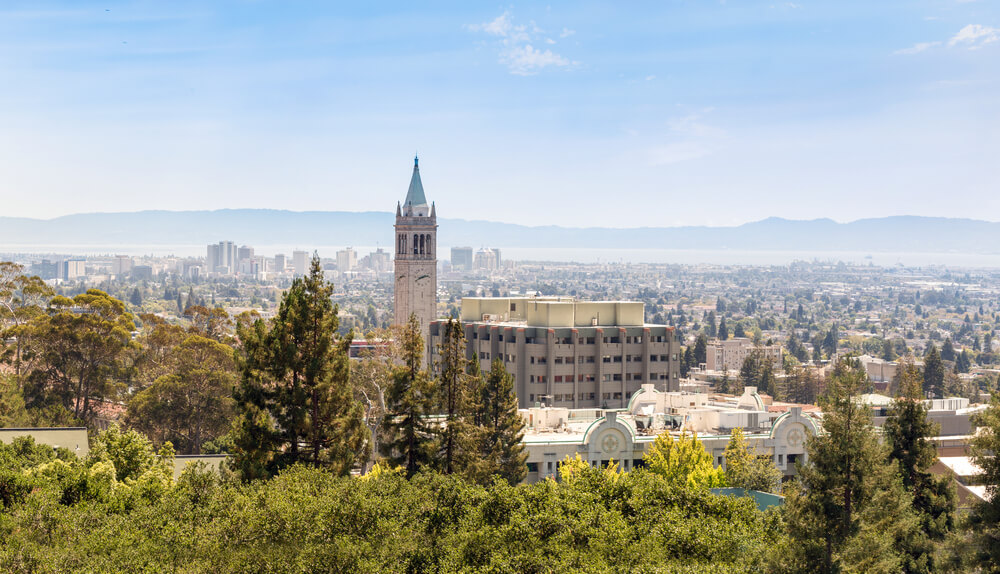 The plan, which may be contrary to immigration law if adopted in its current form, surfaced on the Web and was deleted a few hours after the ICE announced on July 6 that foreign students are required to complete full-time studies or are not allowed to legally remain in the country.

“Berkeley students are creating a one-to-one face-to-face course to help international students avoid deportation under the new ICE rules,” one student wrote in a tweet that was later deleted but remained in the Google archive. “Sometimes I love my university.”

The tweet was distributed over 25 times before it was deleted. Later, a longer Facebook post appeared saying that a member of the Berkeley community “found a teacher who sponsors this.”

A Facebook post clearly stated that the course was not intended for a broader educational purpose for the student community and was "intended ONLY for students who are foreigners and need a full-time course to stay in the United States." Now his curriculum is being drawn up.

The report also indicated that the course "most likely" would take place "in the department of anthropology," although the specifics of the content and subject of the course did not seem to bother most Berkeley students discussing this issue on the Internet.

"The duplicity of Berkeley, in this case, is mind-boggling," said Dale Wilcox, executive director and general counsel at the Immigration Reform Law Institute (IRLI). “They are too eager to help foreign nationals avoid complying with our federal immigration laws. They also rely on millions of dollars from the federal government and count on their activities, including bloated administrations and faculty salaries. The Trump administration must explore all options to hold colleges accountable for this behavior. ”

A Facebook post has been distributed thousands of times on various Berkeley-related social networks, including several publicly available. Academics with connections with Berkeley, including Deborah Miranda, have posted the course news on their own Facebook accounts, claiming this is a “workaround” that violates ICE rules.

Some students noted that the plan might not work.

“Unfortunately, F-1 students can only take one course online each semester,” said Tiffany Earley Spadoni, assistant professor at the University of Central Florida. - I don't think the offer of this course will meet the administrative requirements. But it's good to see creative solutions being discussed. "

Seyda Ipek, a postdoctoral student at the University of California, Irvine, announced her position on Twitter.

“I am very concerned that this kind of action will be used against international students by ICE / State Department agents in future visa applications. As an international scholar, I highly recommend that US citizens speak with an immigration attorney before considering their decisions, ”she wrote.

Another user replied, “It's nice, but international students can only take 3 credits online per semester maximum and must have a minimum of 12 credits to qualify for a visa. So this is 9 units - at least 3 classes, which they will have to pass internally. "

Berkeley is known as one of the most left-leaning institutions of higher education in the United States. Last month, Chancellor Berkeley mourned the murder of a white student, noting that much of the campus was upset by the death of George Floyd, a statement that drew widespread criticism. And last year, a Berkeley instructor called rural Americans "bad people" who deserve an "uncomfortable" life.

Berkeley is a government agency that receives taxpayer funds for research and education. The plan discussed by students will have a fundamentally different goal, since it will create an individual course for a small part of university students, while most attend classes remotely.

July 6th ICE published a statement, which states that international students enrolled in universities that have switched to online mode “must leave the country or take other measures, such as transferring to a full-time educational institution to maintain legal status. Otherwise, they may face the consequences of immigration, including, but not limited to, the expulsion procedure. ”

“If students can successfully learn online from an academic point of view, why do we force them to enter a situation where they can put their health at risk, as well as the health of their classmates?” She said.

The United States is working to curb recent coronavirus outbreaks in states like California and Texas, and schools are working to determine how best to approach the upcoming school year. Institutions such as the University of Southern California announced earlier this month that they would not resume full-time studies in the fall semester.

Foreign students attending online courses will not be issued visas.

Lawrence Beckow, president of Harvard, said in a statement that he is "concerned" about the new guidelines. These principles represent "a dumb, universal approach to a complex problem," he said.

The Washington Post reported that educational institutions will be informed by July 15 how they should enter the new fall semester.

“It's just overwhelming that we've been asking for this leadership since April,” Lisbeth Borough, deputy vice president of federal affairs at the Association of American Universities, told the newspaper.