Home Page In the U.S. In New York, artists sell paintings in the form of medical accounts: who buys them and why

In New York, artists sell paintings in the form of medical accounts: who buys them and why

The art collective has come up with a new way to pay off the medical debts of three people: turn their hospital bills into huge paintings and sell them to collectors for thousands of dollars. CNN. 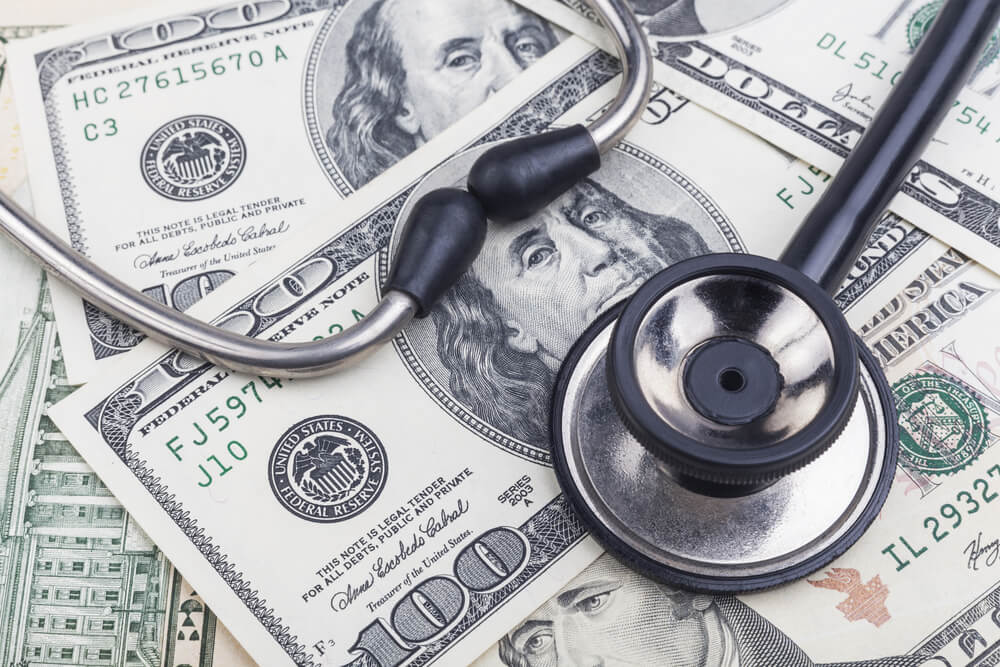 New York-based MSCHF, known for its extraordinary art projects, has tracked down Americans with significant medical debts, including more than $ 47 in invoice. A group of artists hand-painted canvases 000 feet high (almost 6 meters), depicted on them, and sold them on the art market for exactly the amount indicated there.

In addition to paying off the debts of these people, the artists are keen to draw public attention to the US health care system. A 2019 study found that over 137 million people in the United States reported financial health difficulties.

“We think the American health care system has reached such a point of rampant absurdity that out-of-the-box solutions are the only viable tactic to tackle this problem,” said Strategy and Development Team Leader Daniel Greenberg, adding that the project is “a conceptual work of art, not a reliable debt relief strategy. "

“Our culture practically praises the paradigm of pleading for help on GoFundMe, or forcing people to rely on Twitter influence and connections to pay debts. This is terrible. In this scenario, where the only viable option for paying the medical bill is desperate workarounds, we start looking for increasingly niche strategies, ”he added.

The project, dubbed "Medical Bill Art", began with MSCHF advertising in its magazine of the same name earlier this year. About 100 people responded to the ad and spoke about their debts, Greenberg said.

“I felt like I was punched in the stomach while reading the emails,” he said. “Given that the MSCHF audience is young, it was especially painful to hear from high school and college students about tens of thousands of medical debt.”

According to Greenberg, after verifying that respondents had supporting documents and verifying that treatment was required “as a result of injury or accident, not violence or negligence,” the team randomly selected three people. Large oil-on-canvas copies of their medical bills were then sold to a New York gallery for a total of $ 73.

Gallery Otis now sells "shares" in paintings through its own investment platform. Using a model known as fractional ownership, where several different people share ownership of a piece of art, collectors can now buy a piece of paintings online for as little as $ 20. Although Otis sells the work for the same amount it was bought for, Greenberg suggested that it could now rise in value in the secondary market.

Although the coronavirus pandemic prevented the group from exhibiting paintings in New York, the works were made available through a virtual gallery.

On the subject: Over $ 1 million: Seattle resident cured of COVID-19 and shocked by medical bill

Commentary from the art world

The MSCHF recently made headlines with a series of so-called “drops,” a series of derisive art projects announced every two weeks. Last year, the team sold a laptop that had some of the world's most dangerous computer viruses installed for more than $ 1,3 million. In April, the group cut a $ 30 reproduction of artist Damien Hirst into pieces before selling the individual pieces for a huge profit.

As with previous projects, the team also uses Medical Bill Art to become a mirror in the expensive art world.

“One of the features of contemporary paintings created for the gallery is how big the difference is between the monochrome painting at the Chelsea Gallery and its $ 30 price tag,” explained Greenberg. - When you create paintings specifically for sale through the gallery ecosystem, you are consciously trying to add value to the (often visually versatile) flat surface. This can be the case for the display of a medical bill, except that the value goes in the opposite direction. Our task is to equalize these two things and thereby bring them to naught ... "

Although the group did not disclose the names of the three recipients, Greenberg said they reported feeling “happy,” and “didn’t immediately believe it really worked, it sounded so strange at the beginning of the project.”

From Roosevelt to Obama: famous Americans who won the Nobel Peace Prize

Three resume points that could take away your job interview