Home New York In New York, a football tournament was held between the best teams of the city

In New York, a football tournament was held between the best teams of the city

The World Championship has died down, and emotions still have not subsided: I want to go on the field myself and present myself as Messi, Ronaldo or Akinfeev. Radio Russian Advertising 95.5 FM-HD2 decided to hold its football tournament. 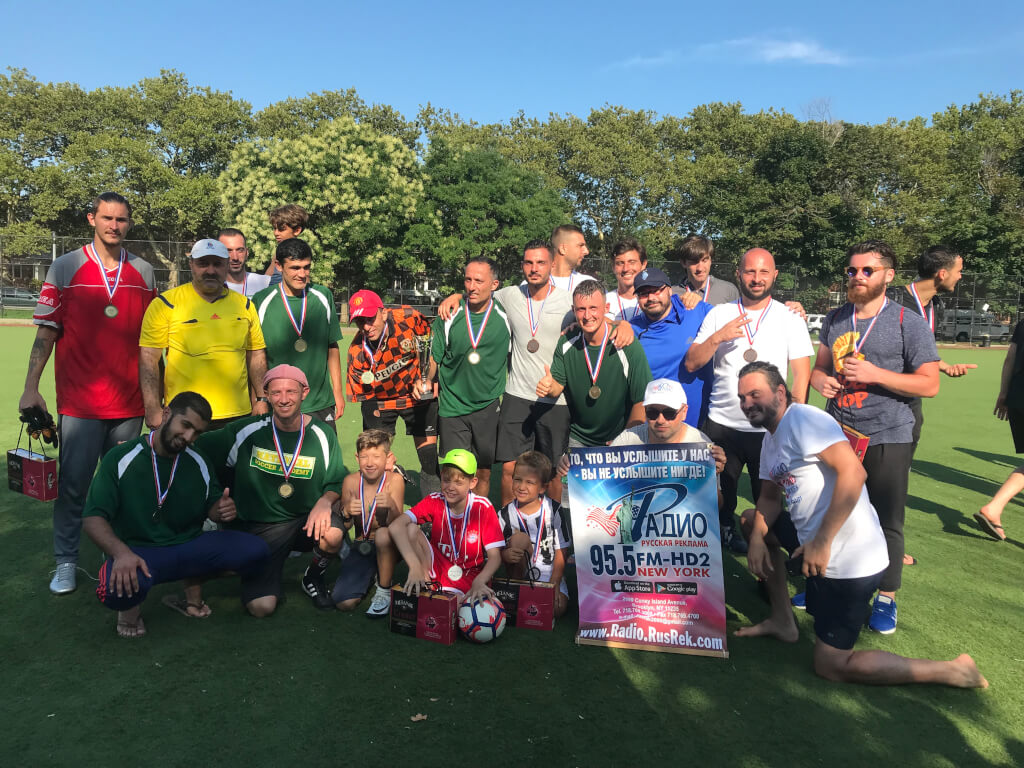 The six strongest teams in New York: FC United, Aron WSC, WitGeorgia, Medusa, FC Between Rivers, Istiqlol and the team of the organizers of the event FC RusRek met in a fight at the Bill Brown Playground in Brooklyn last Sunday on August 12.

The teams showed a really high class game. There were goals through himself, and sharp combinations, and a penalty duel. Thus, the goalkeeper of FC Between Rivers showed the upper hand of self-control in the penalty shoot-out series and led his team to the final.

In the course of the tournament, passions ran high, and even the strongest downpour did not cool the heat of the struggle. Drenched to the strings, the players fought desperately for the coveted trophy. 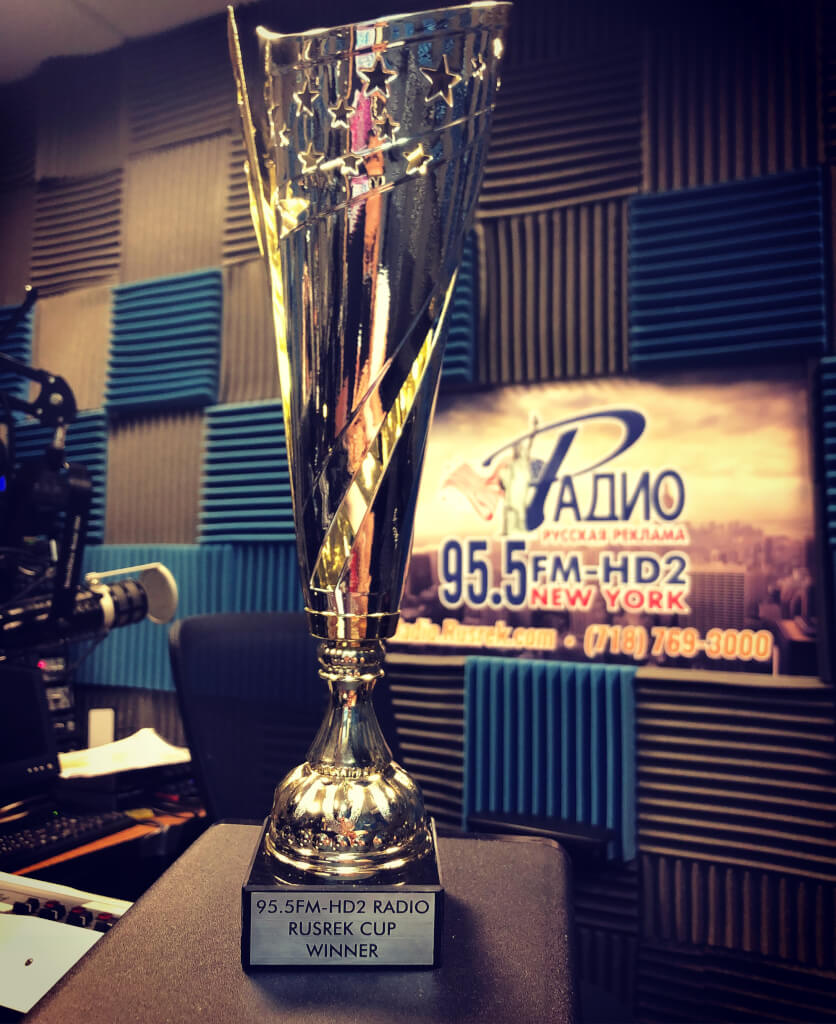 One of the semifinal matches turned out to be the hardest - both in terms of the level of wrestling and emotional mood. The Georgian team WitGeorgia did not want to yield to the Aron WSC team, which had gained momentum. It even came to a small skirmish between the players. However, the Georgians lost by one goal (the match ended 4: 3) and took third place.

The final match between FC Between Rivers and Aron WSC turned out to be exciting, as befits a match for gold medals.

“We bet my folder will win!”, - the boy who came to support his father argued to his Georgian peer.

One of the most beautiful goals of the tournament was not counted as an arbiter, and this again caused a storm of emotions, but this time the players managed to cope with themselves and deal with each other in a sporting way. 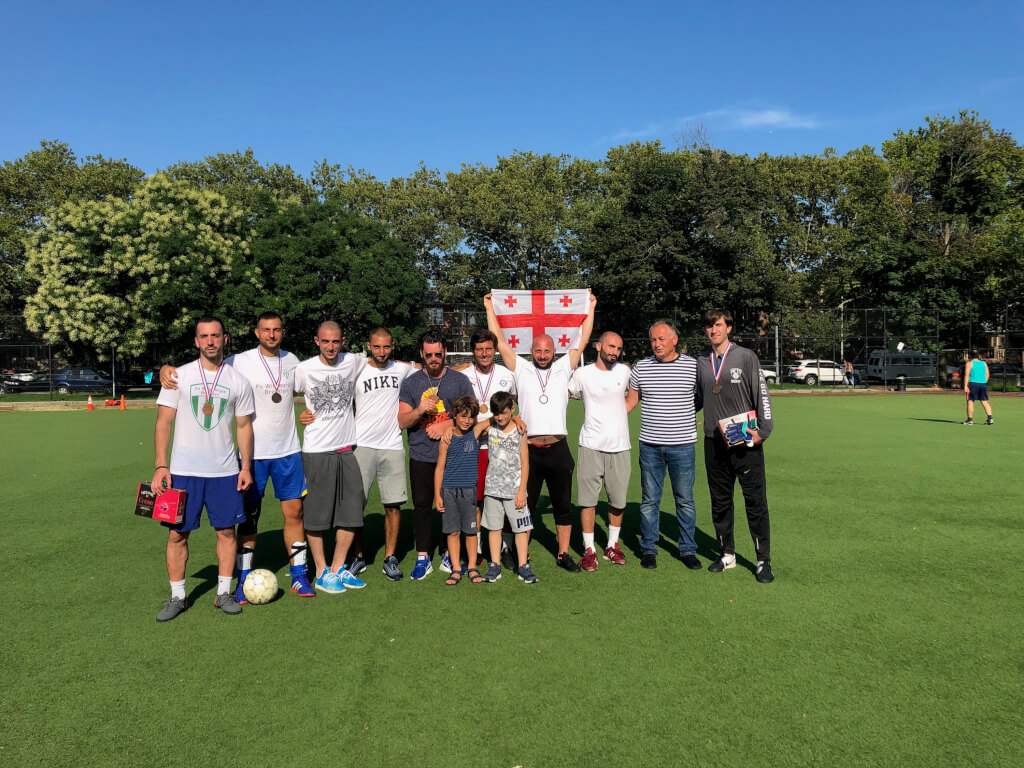 “This tournament lacks boxing gloves,” the spectators joked, eating ice cream and squinting from the sun that came out from behind the clouds.

6: 3 - with this score the Aron WSC team won over Between Rivers and became the first winner of the Radio Russian Advertising Cup. The award ceremony took place right there. RusReka radio hosts Tanya Rubis and Gary Korenberg presented three sets of medals and prizes, and then the captain of the winning team raised the Cup over his head to the well-known Queen song “We are the champions”. The same boy was standing nearby. Satisfied and proud. The folder won! 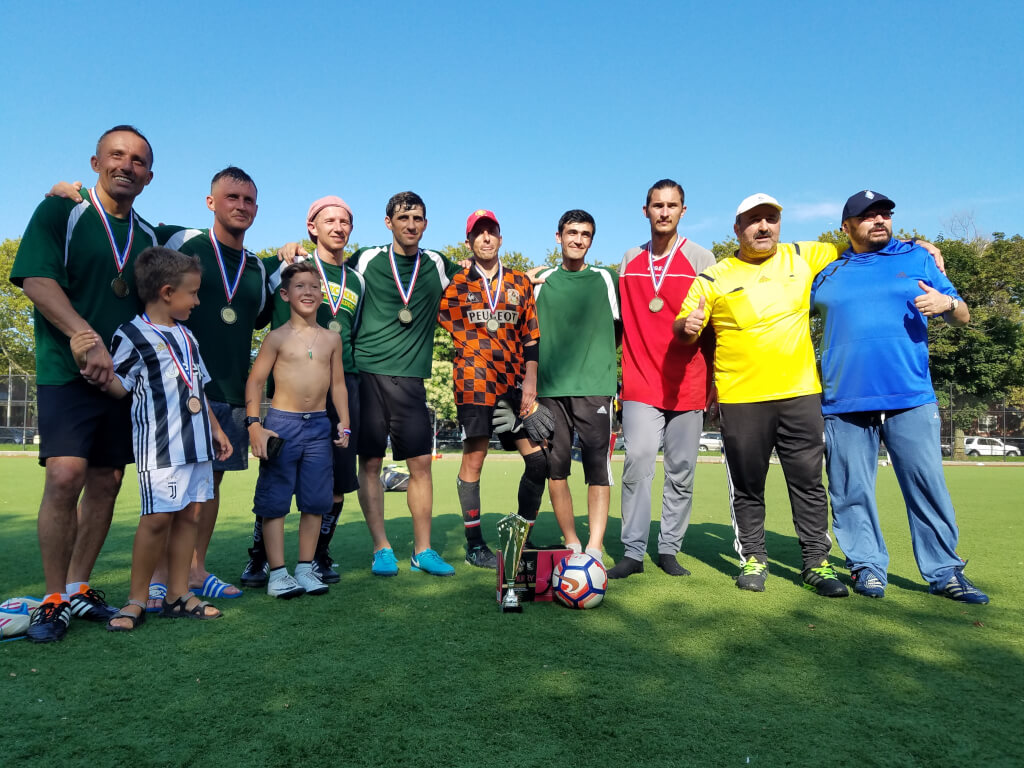 “Thank you for a really high level of play. We will continue to popularize European football and instill in children a love for this gentleman's sport, ”said Alexander Ratmansky, the leader of the“ OFFside ”sports review, breaking free from the grateful embraces of the winning players and their coach.

“Special thanks to Felix Abramovich for the opportunity to host this tournament. It was a really strong and fascinating sight. Hopefully, this is only the beginning of the annual competition for our trophy, ”said the radio host and one of the organizers of the tournament, Andrey Chegodaev.

Departed from the World Cup, the Japanese left a clean locker room and a message in Russian