Home New York In New York, a passerby gave his shoes to the homeless and went on barefoot. VIDEO

In the financial district of Lower Manhattan in New York, a stranger made a touching act, which was observed by an accidental witness - a woman drove by in a taxi and filmed everything on video. 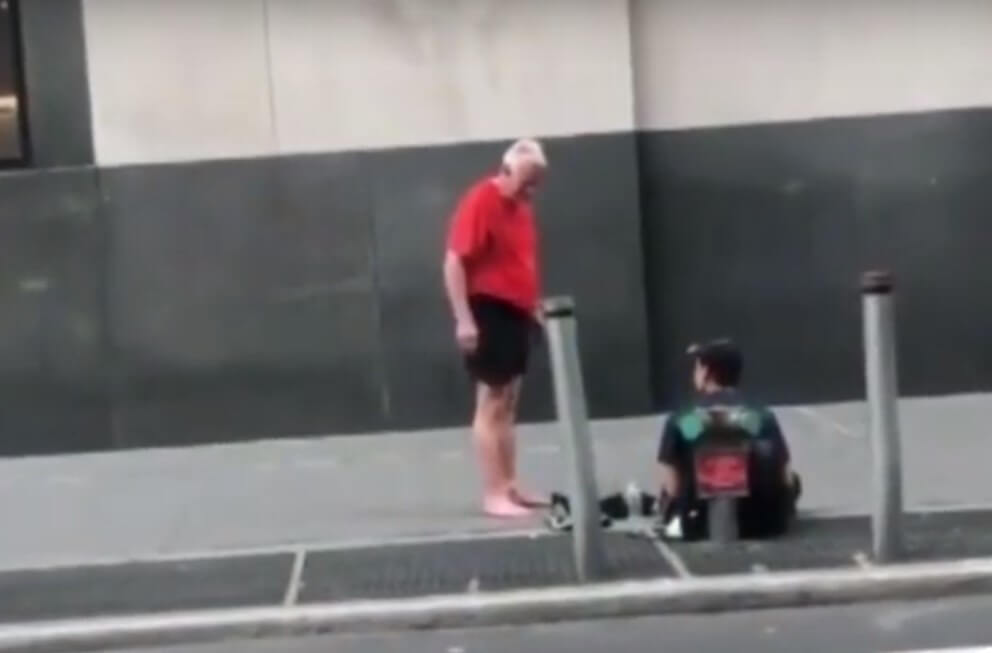 A passerby, apparently doing a morning run, took off his sneakers and gave them to a homeless man sitting on the sidewalk, writes Pix11. Then the runner went barefoot.

According to a user of Twitter under the nickname NYorNothing, on Sunday at about 9 in the morning she was riding in a taxi near the World Trade Center. From the window, she saw a man taking off his sneakers and socks and leaving shoes next to a man sitting on the ground, whom the witness described as homeless.

It is not yet known for sure whether this person was really homeless. The identities of both men have not been established.

On the subject: 'I cried like a child': a woman left a touching note on a check at McDonald's

The video shows how the runner leaves, walking on the sidewalk of Manhattan with bare feet. Prior to this, he did not speak with a seated person for long.

It was 9am in the WTC area, I watched as a jogger took off his sneakers, gave them to a homeless man, & walked the NYC streets barefoot.

“Our character is what we do when we think nobody is looking.” ❤️ pic.twitter.com/LT9dnMdHo0

“I assumed that he took off his socks because they had money in them,” the woman said on Twitter, adding that she shot a video at the moment when her taxi stopped at a red traffic light.

An accidental witness shared a touching video on Twitter, signing it like this: “Our personality is what we do when we think that no one is looking at us.”

'I cried like a child': a woman left a touching note on a check at McDonald's

A woman stole food at Whole Foods. The police did what no one expected of them.

For US Presidential Candidates - Over 70: Does Age Affect Country Ability

Swam for the ball: found the body of 8-year-old great-grandson of Kennedy, who drowned with his mother

Is it true that Americans are hypocritical: the opinion of a Russian-speaking immigrant

What will happen to the body with prolonged monotonous nutrition