On the streaming platform Netflix came out the American TV series "The Art of Spy" ("Spycraft"), which in particular talks about the events in Ukraine, writes Air force. 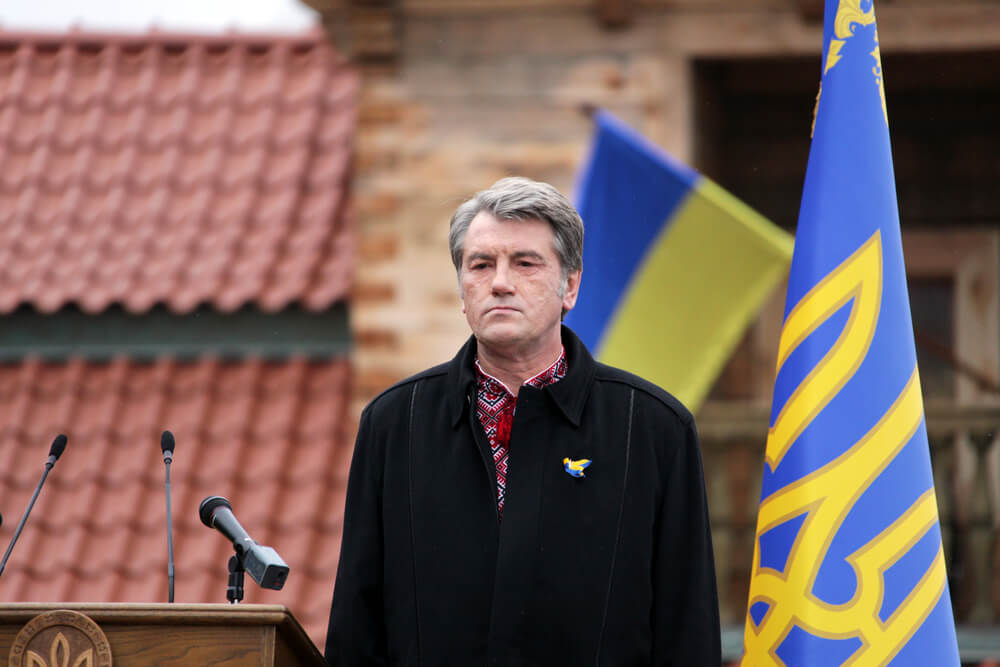 "The art of espionage is not only secret agents, but also sophisticated devices and technologies that have become indispensable tools in spy games," - says the description of the series on the Netflix website.

The second episode tells about the poisoning of the OUN leaders Lev Rebet and Stepan Bandera, as well as former President Viktor Yushchenko.

The series is based on the book of the same name, written by former director of the CIA's Technical Services Office Robert Wallace and historian Keith Melton, with the participation of writer and journalist Henry Schlesinger.

Wallace and Melton are executive producers and co-writers of the series. They are also among the experts who talk about the secrets of the special services on the screen.

The series has no Ukrainian dubbing or credits. In Ukraine, subtitles are available in Russian and Polish.

What do they say about Ukraine?

The series titled “Deadly Poisons” details the murder of Lev Rebet in Munich, whom the filmmakers describe as an anti-Soviet Ukrainian citizen and dissident leader.

A poison gas pistol was used against him, killing instantly. It was invented by the KGB in the 50s of the last century.

Traces of cyanide quickly disappear, so nothing can be found at the time of autopsy, experts explain.

KGB agent Bogdan Stashinsky pointed a gas pistol hidden in a rolled-up newspaper at Rebet's face, tracking him down in a Munich house. Taking a deep breath of the poisonous gas, Rebet died instantly.

Then Stashinsky was assigned another mission - to kill the “radical Ukrainian politician” Stepan Bandera, they say further in the series.

Experts explain that this time the agent used an improved double-barreled gas pistol, but no further details are provided.

On the subject: Overlap the streets and alter the buttons: how the Chernobyl series was filmed in Ukraine

“Yushchenko was not a friend of Russia,” the show says, adding that he was a strong candidate and had great chances for the presidency.

In the series, they say that dioxin was poured into the soup, which was served to him during a dinner with the leadership of the SBU (according to the investigation, dioxin was in the rice).

A photo of Viktor Yanukovych is quickly shown on the screen and it is reported that Yushchenko survived and became president, but nothing else is explained.

In the same episode, we are talking about the murder of the Bulgarian dissident and BBC journalist Georgy Markov, the poisoning of former Russian agents Alexander Litvinenko and Sergei Skripal, as well as Kim Jong Nam, brother of North Korean leader Kim Jong-un.

In October 1957, Lev Rebet, the leading ideologue of Ukrainian nationalism and the leader of the "doubles" organization, which broke away from the Bandera wing of the OUN, was killed in Munich.

In the series, it is said that Stashinsky committed the murder by tracking Rebet out of his Munich apartment. According to historians, this happened in the house where the editorial office of the newspaper “Ukrainian Samostiynik” was located, the editor of which was Rebet.

Two years later, Stepan Bandera, the leader and one of the organizers of the Ukrainian nationalist movement, was killed in a similar way with the help of potassium cyanide, also in Munich.

Stashinsky told about the killings himself. He surrendered to the West German police and confessed to his espionage activities.

At the trial in Karlsruhe, where he was tried for the murder of Bandera, Stashinsky not only confirmed all the circumstances of the operation, but also said that earlier he had also killed Rebet. Prior to that, Rebet's associates, despite suspicions, had only doctors' conclusions that his death was due to cardiac arrest.

The German court ruled that the main blame for the murder was borne by the communist leadership of the Soviet Union, and Stashinsky was recognized only as the executor of criminal orders and sentenced to 8 years in prison.

According to some sources, he served only four years.

According to former KGB colonel Oleg Gordievsky, who took refuge in Great Britain, Stashinsky received new documents, possibly changed his appearance and worked for US intelligence.

According to activists of the Ukrainian diaspora, Stashinsky was resettled to South Africa - away from the former Russian masters and Ukrainian compatriots.

The case of the poisoning of Viktor Yushchenko still remains unsolved.

Yushchenko fell ill after dinner with the SBU leadership in September 2004, at the height of the election race. Doctors at the Austrian clinic where he was treated said he had been poisoned with dioxin.

Some witnesses claim that the fact of poisoning was not established. In particular, Igor Smeshko, the then head of the SBU, who was present at the dinner, spoke about this to Radio Liberty.

In an interview with the BBC in 2018, the ex-president said that he was poisoned for his pro-European position, because such a policy did not suit the Kremlin.

Ukraine is also mentioned in the penultimate series on cybersecurity. The authors say that Crimea has become one of the victims of Russian cyber attacks.

According to Paul Joyal, a former member of the US Senate Intelligence Committee and an expert on Russian intelligence services, one of the first targets of the Russian special forces during the invasion of Crimea was automatic telephone exchanges to prevent government officials from using mobile communications.

The series warns that Russia's attack on Crimea “is just the beginning.”

“The war that is taking place in Ukraine today is a testing ground for electronic warfare, information warfare, and hacker attacks. This is the laboratory that they use to improve the conduct of a new complex or hybrid war, ”says Joyal.