Home Page World The world is discussing the introduction of covid passports: what they can be

The world is discussing the introduction of covid passports: what they can be

According to the supporters of the introduction of the so-called covid passport, this digital document should confirm that a person is vaccinated against COVID-19 or has antibodies to infection. But not everyone is ready to support the idea, writes Medusa. 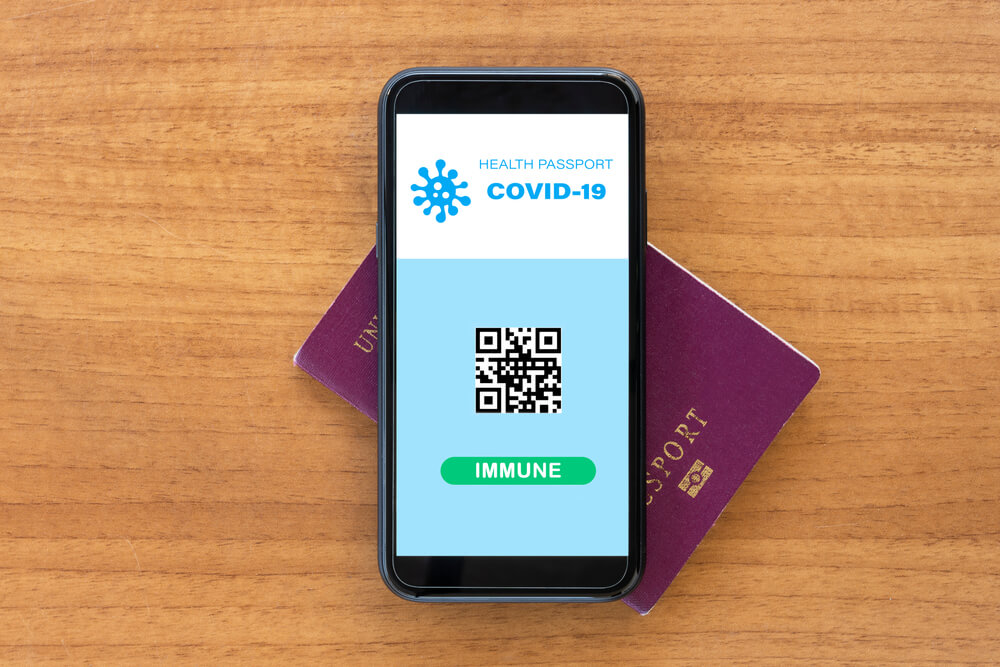 The main thing that worries skeptics is: will the introduction of covid passports lead to new types of biological inequality? But this is not the only reason why the idea is far from being implemented. Although the World Health Organization (WHO) is exploring this possibility.

With the onset of the massive incidence of COVID-19 in the spring of 2020, countries began to introduce lockdown regimes, making border crossings nearly impossible. The question arose as to how these restrictions could be relaxed. It was still a long way from the advent of the vaccine, so proposals to free some categories of residents from the need to comply with the lockdown concerned those who had recovered from the coronavirus and received antibodies to it.

At the state level, it was decided to formalize the idea in Chile. In April, the authorities announced that they would create a system “covid cards", Which were planned to be given to those who had been ill. They were supposed to receive an exemption from the restrictions associated with the lockdown. But plans turned off due to public discontent. According to critics, the introduction of cards would mean the emergence of a privileged caste in a locked-down country. Moreover, the most important of her privileges would not be the very ability to move freely around the country, but the removal of restrictions on work.

In addition, the decision to issue lockdown exemption cards in April 2020 was based on a general understanding of what should happen after an illness, rather than experimental scientific evidence. No one could say for sure how strong the immune system is after recovery, whether it appears in everyone and whether those who have recovered can be carriers of the disease.

On the subject: Airline introduces health passports to travel to the US: how it works

The tourism industry supports the implementation of the document

Since the spring of 2020, the scientific understanding of postcoid immunity has advanced, and in winter, mass vaccination has started in the world. In addition, people have accumulated fatigue from living under constraints. Therefore, the idea of ​​passports continues to be discussed. Although there are no clear ideas about the type and purpose of the document yet.

The first supporters of the document were lobbyists of the tourism business. At the end of January for the introduction of such a document expressed The World Tourism Crisis Committee is a special unit of the World Tourism Organization operating under the auspices of the United Nations. Around the same time, on the eve of the last EU summit, for the introduction of “vaccination certificate”Said the Prime Minister of Greece Kiryakos Mitsotakis. He supported the idea of ​​a "common European standardized and agreed vaccination certificate", which should allow residents of the European Union to move freely within it: the Greek economy is heavily dependent on the tourism industry.

Experiments on the introduction of documents confirming covid immunity are already underway at the level of individual countries. For example, the Danish Ministry of Health plans to in the coming months, through its website, provide the vaccinees with vaccination confirmation. It is difficult to say whether the service can be considered a covid passport, but it is being prepared just in case - if some countries require such information for entry. In Russia, you can order an electronic certificate confirming vaccination against coronavirus - however, the scope of such a certificate is also being worked out.

There are also private initiatives

Estonian technology companies Transferwise and Guardtime have already have created your own version of the passport of immunity - the Immuunsuspass application. The creators tried to solve the problem of possible misuse of personal data that will be contained in such a "passport". The application must provide the user with data on his current immune status within an hour after identification of the person. The user can transfer information to whomever he considers necessary using a QR code, which will be valid only for one minute after release.

Such a passport was supposed to be used primarily within the country - for presentation at work or in an educational institution. Probably, it is technically capable of working as a covid passport that can be shown to border guards (if they will be able to read a QR code without installing an application on their devices). But, one way or another, and the application has not yet been released to the market.

In the spring of 2020, an application for the promotion of a special health passport Covi-pass done British firms VST and Circle Pass Enterprises. Their app was supposed to reflect a person's immune status through color cues. The consortium intended to use its own coronavirus testing system (along with tests from other organizations). However, the initiative did not receive development.

In Asia, similar systems have been used for a long time

Asian countries, whose authorities are less concerned about the privacy of citizens' personal data, introduced health identification systems early in the epidemic. In China appeared applications for phones, which confirmed the immune status of a person through color codes and determined how freely he can move. The status was not determined by testing - citizens had to voluntarily report about their symptoms and contacts with the sick for two weeks (the system downloaded information about movements itself). The document could also be obtained in paper form, but the authorities were reluctant to meet those who do not use mobile phones.

The initiatives to introduce standardized covid passports have so far met with quite serious resistance. Opponents of the idea point to the ethical and technical ambiguity of this practice. The Greek Prime Minister's proposal to introduce pan-European passports of immunity was rejected by France: the Secretary of State for European Affairs, Clement Beon, said that the debate on this issue can only begin when vaccination becomes generally available. Commenting on cross-border travel opportunities, Beon saidthat for a clear solution to this issue, it is necessary to develop a list of antibody tests that will be recognized throughout Europe, but this is still far away.

In addition to technical compatibility and mutual recognition of different certificates, it is necessary to know how long immunity lasts after a disease and the use of different vaccine options. Finally, vaccination is still being carried out mainly in developed countries: if a covid passport becomes mandatory for border crossing, another element of inequality will appear in the world.

WHO Emergency Committee meeting on 15 January 2021 decidedthat it is still pointless to require vaccination data at border crossings. Given the fact that it is most likely impossible to make a globally recognized document related to the health sector without the approval of WHO, the idea will not be implemented in the near future.

Lobbyist pressure, the availability of technological solutions and ongoing vaccinations can help change attitudes towards covid passports. Moreover, the internationally recognized documents on the passage of vaccinations (the so-called yellow cards) Is a reality that has existed for many decades, has not raised concerns about the transfer of personal information to third parties and is familiar to those who travel to epidemically dangerous areas.

Philadelphia ordered the vaccination of residents of the company of a Russian-speaking immigrant: it all ended in a scandal

The deadline for obtaining a Real ID is already in 2021: what you need to know