In the largest city in Minnesota, clashes broke out between police and protesters over the murder of a black man. The police used tear gas, a curfew was imposed. The situation has been compared to the protests that erupted after the death at the hands of police of 46-year-old George Floyd, writes Air force. 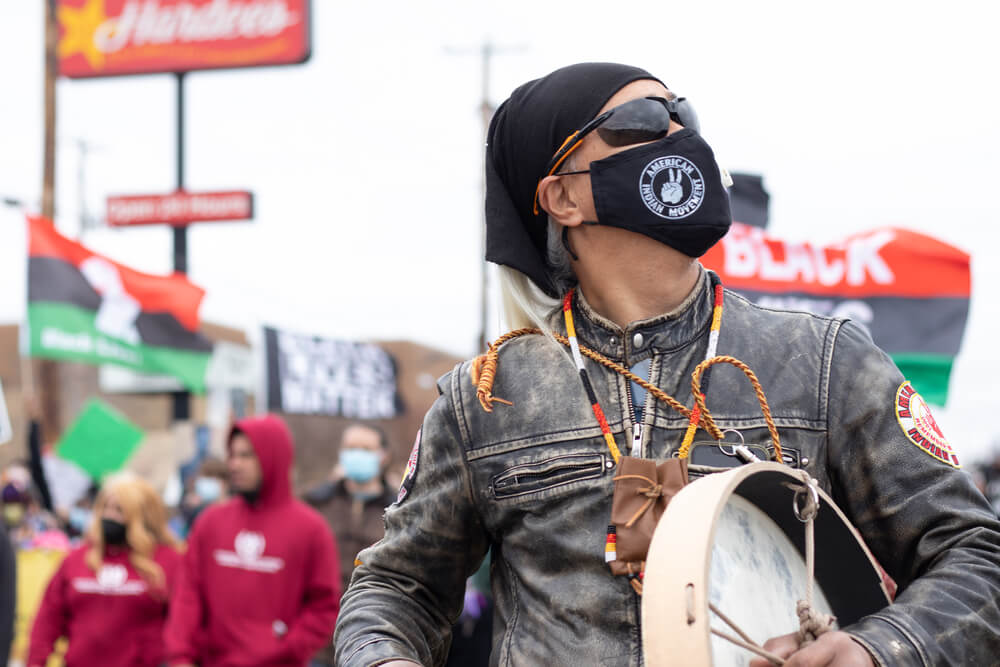 The clashes began on Sunday evening, April 11, after several hundred demonstrators surrounded a police station in the Minneapolis suburb of Brooklyn Center, demanding to punish the police who shot 20-year-old Dante Wright.

The city has a curfew and CBS reports that all schools in Brooklyn Center will be closed on Monday.

Gov. Tim Waltz said he was monitoring the situation and expressed support for the Wright family.

What is happening now?

On Sunday evening, April 11, police in protective uniforms defended the perimeter of the central precinct in Brooklyn Center, which is located just a few kilometers north of downtown Minneapolis, from demonstrators. The police used tear gas and stun grenades.

Brooklyn Center has 45 officers in its police department. Looks like most, if not all, are holding this line pic.twitter.com/9dlxlqkpZe

Around the same time, a mall was robbed in the city, and firearms were fired at the door of a police station in nearby Brooklyn Park, according to local media reports. Reuters reported about the destruction of about 20 shops in the vicinity of the city.

Some of the Minnesota National Guard stationed in the city in case of unrest following the trial of Derek Chauvin, who is accused of killing George Floyd last May, has been redeployed to Brooklyn Center.

On the subject: The police did not strangle George Floyd: the lawyer released an unexpected video

What happened to Dante Wright?

Brooklyn Center police said police stopped Dante Wright's car for a traffic violation Sunday afternoon. After checking the driver's identity, they found that he was wanted.

After they tried to detain Wright, he jumped into his car and tried to escape.

One of the police officers shot at the driver who was Wright, after which his car drove a few hundred meters and crashed into another car. Police caught up with the car and found Wright dead.

In addition to Wright, there was a passenger in the car who was injured, not life-threatening.

According to a police statement, body-worn cameras on the police, as well as cameras on their cars, were turned on during the incident.

Wright's mother, Katie, says her son called her when the police stopped his car to ask for his insurance card number. After that, she heard the sounds of a struggle, and the connection was cut off.

“A minute later I called back, and I was answered by his girlfriend, who was with him in the car. She said that he was shot [...] and that my son's body was lying on the ground with no signs of life, ”said Katie Wright.

In an interview with the StarTribune newspaper, she stated: “Nobody tells us anything. Nobody talks to us. […] I asked that my son not be left to lie on the ground ”.

“Our state mourns another black man whose life was taken by the law enforcers,” said Minnesota Gov. Tim Waltz.

For the third week in the city, the trial of Derek Chauvin, a former police officer who is accused of the murder of George Floyd, has been underway for the third week, has caused large-scale protests against racism in dozens of cities in the United States and around the world.

He does not plead guilty. It was Chauvin who in May last year, during the arrest, crushed George Floyd's neck with his knees and stood on him for nine minutes, after which Floyd died.

The trial is expected to last at least a month. Police expect protests to erupt again during and after the trial.