Home culture A game that is associated with suicides is spreading among teenagers.

A game that is associated with suicides is spreading among teenagers.

In the popular worldwide game Minecraft, there appeared an advertisement for the suicidal game from WhatsApp Momo, which is associated with the death of at least one teenager. 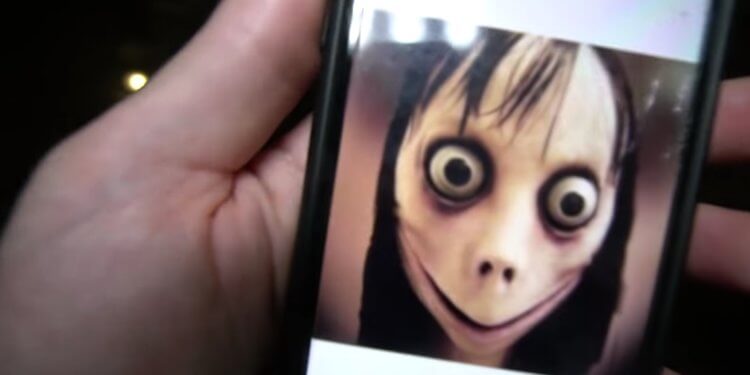 Minecraft has added an icon depicting a frightening bird woman who is considered the main character of the game Momo is an online game that is very popular among children and teenagers. Fox News.

The icon for this game was added to Minecraft by so-called "modders" - people with coding knowledge who create personalized content.

In addition, an ad promoting Momo appeared in a YouTube video about Minecraft.

Parents are warned that Momo could be the next Blue Whale, a dangerous social media game linked to the suicides of at least 130 teenagers in post-Soviet countries.

Momo begins with an unknown moderator sending pictures to the victim through WhatsApp, depicting cruelty and violence.

Then the player begins to give “orders” and is threatened with punishment if he refuses to carry them out.

Minecraft has added a creepy Momo avatar - a frightening image of a woman with grotesque, chicken-like features and bulging eyes - that stalks a Minecraft player while holding a mobile phone with a WhatsApp icon.

There are fears that this may encourage young people to become interested in this dangerous phenomenon, which was also associated with identity theft, harassment, extortion, depression and insomnia among people playing it.

Currently, Argentine police are investigating the suicide of a 12-year-old girl living in the vicinity of Buenos Aires. Militiamen assume that her death is connected with Momo, she filmed the last moments of her life on video.

The officers suspect that someone pushed her to suicide by checking out an 18-year-old teenager whose name was not disclosed, who spoke to a girl.

A police statement said: "The phone was hacked to find photos, videos and chats in WhatsApp, and now we are looking for a teenager with whom she exchanged these messages."

Police believe that the “teenager’s intention was to upload a video of the death of a girl on social networks as part of his game in Momo”.

Europe also launched an information campaign to warn young people and parents about the dangers of Momo.

If this game really has the same purpose as the Blue Whale, then hundreds of children and teenagers are at risk. The Blue Whale is a terrifying social media phenomenon in which teens were asked to complete daily tasks, including self-mutilation, watching horror movies, and waking up in the middle of the night. On the 50th day of the game, teenagers were given the task of killing themselves.