Home Page In the U.S. In Los Angeles, homeless people were forbidden to set up tents in most parts of the city: not everyone likes the solution

The City of Los Angeles, California, voted in favor of an ordinance banning homeless camps in certain areas of the city. The edition told in more detail Business Insider. 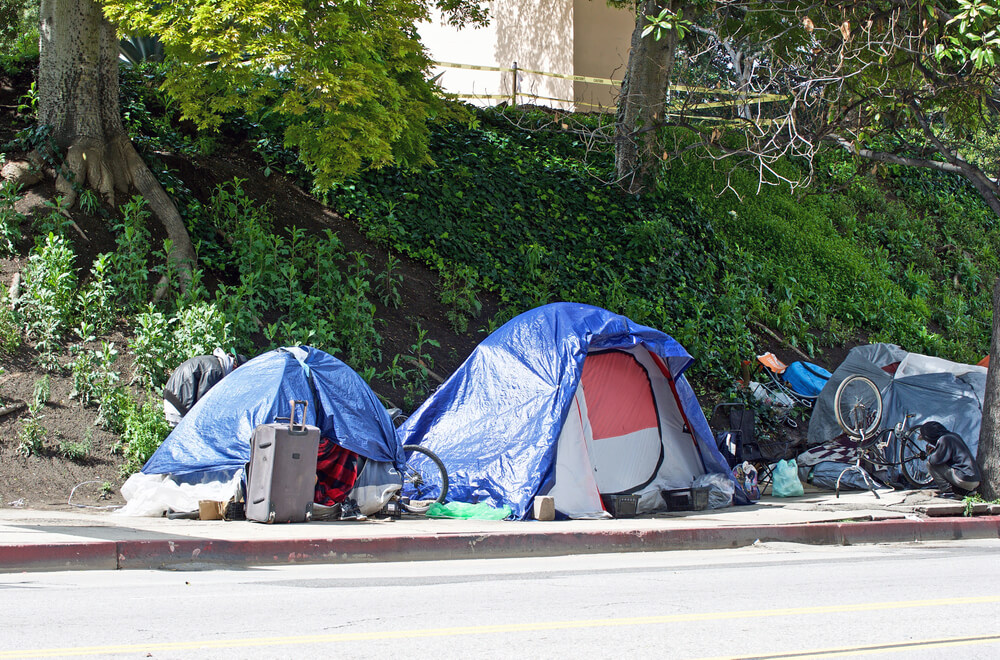 This measure was invented by city councilors Paul Crecorian and Mark Ridley-Thomas. The decree prohibits "sitting, lying, sleeping, storing, using, maintaining or placing personal property in places that are actively used by pedestrians."

Approximately 40 homeless Los Angeles residents will be affected by this ruling.

Los Angeles City Councilors voted for the measure for the first time on July 1 with a 13: 2 vote. However, a second vote was required as it was not adopted unanimously the first time.

In the second vote there were also 13 votes in favor and 2 against. Council members Nitya Raman and Mike Bonin at the meeting did not approve the ruling.

Raman posted a post on Twitter detailing her concerns. He noted that "real solutions - housing, outreach and services - take time and money."

"All of this is not easy to do," wrote the councilor. "But that's exactly what we need to do, not implement harmful and illusory quick fixes."

On the subject: Newsom invited homeless people around the world to California: what he offers

In turn, Bonin emphasized the difference between "housing" and "shelter".

“We need a right to housing, not a temporary shelter mandate,” Bonin said. - People need housing. They don't need barns or shelters. "

Earlier this month, one of the authors of the resolution, Krekorian, stated that it "does not make homelessness illegal," "does not criminalize homelessness," and does not "propose that any behavior that is fundamental to human existence be declared illegal."

“This document simply guarantees that we will restore passable sidewalks, docks, driveways and more. It guarantees free access to fire hydrants and entrances to buildings, ”the politician said.

However, some Los Angeles residents consider the ruling to be unfair.

“You are creating a problem because you are going to arrest many more homeless people than there are now,” said a local resident who attended the Right to Rest Without Arrest rally outside Los Angeles City Hall on July 28.

“The problem is that they (the authors of the decree) are trying to force the homeless to move around constantly,” the rally participant continued. - But this is impossible. They get tired. After all, they must carry their things with them. They need a place where they can live and relax, but they do not have it. "

A decree is not yet a law. Los Angeles Mayor Eric Garcetti still has the power to veto the measure. The mayor's office has not yet commented on plans for this document.