Home In the U.S. 'There is no money in the piggy bank': will the states be able to fulfill Trump's decree on unemployment assistance

Governors and state labor department officials are trying to determine if they can comply with President Donald Trump's executive order to partially fund federal unemployment benefits for millions of Americans. CBS News. 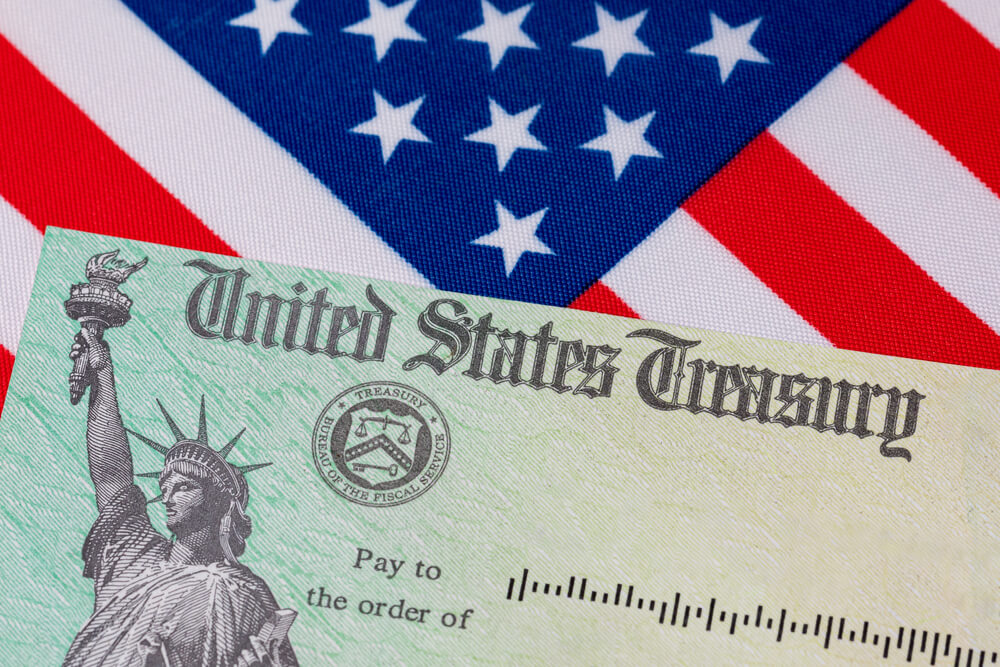 The Trump executive order allocates $ 44 billion in FEMA's federal disaster relief fund to boost unemployment relief and calls on states to commit approximately $ 15 billion. The Trump administration says states can take advantage of federal coronavirus relief funds already allocated during the crisis, although some states have already allocated this money in full for other needs.

The White House action is expanding an additional $ 400 per week unemployment benefit to help Americans cushion the devastating economic impact of the pandemic. Congress approved payments of $ 600 a week at the start of the outbreak, but those benefits expired by August 1 and lawmakers were unable to agree on an extension.

Many Republicans have expressed concern that the $ 600 weekly benefit in addition to existing government benefits gives people an incentive to stay unemployed. The White House called $ 400 a suitable compromise, and senior administration officials, including Vice President Mike Pence, on Aug.10 called on governors in a private call to pressure Democratic lawmakers to come to an agreement.

On the subject: Trump signed new decrees on aid in connection with coronavirus: who and how much can get

But Democrats dismissed Trump's edict as an empty political gesture - not to mention its legal dubiousness - that could ultimately leave millions of Americans without much needed help. Several governors have said their states simply cannot afford to shell out a quarter of the cost, even with previously approved funds from Congress.

The stake will cost California $ 700 million a week, Governor Gavin Newsom said August 10. The state has already allocated 75% of the funds raised from the earlier Congressional package.

“There is no money waiting in the piggy bank,” Newsom said. "They just don't exist."

When Democrats argued that Trump's decree could not be implemented, senior administration officials said the president was taking action while House Speaker Nancy Pelosi and Senate Minority Leader Chuck Schumer were idle - although the president was not actively involved in negotiations.

On August 10, Trump on Twitter made fun of Senator Ben Sass, calling him "RINO" - "Republican in name only" - after Sass called the president's executive orders "unconstitutional crap."

Meanwhile, White House spokeswoman Kaylee McEnani said the decrees were "entirely within the executive branch of the president," and pointed to legislation that she said confirmed the legal rationale for reallocating funding during an emergency.

Some state officials, both Democrats and Republicans, have said Trump's decree may prove difficult to implement for technical reasons. According to unemployment experts, states will need to create new systems for administering benefits, which can take a long time to launch.

Some states also may not have funding to provide 25% of the proposed benefit. This could cut aid to $ 300 a week, half of what workers received weekly through the end of July under the CARES Act.

In Virginia, Treasury chief Aubrey Lane said the timing of the distribution could be a problem. He noted that FEMA often spends several months recovering emergency costs due to a hurricane, but reimburses personal protective equipment within a few weeks.

Andrew Stettner, senior fellow at The Century Foundation and expert on unemployment benefits, said claimants may need to wait several weeks given states' difficulties in updating systems for administering benefits.

The $ 44 billion that the Trump administration has pledged for unemployment relief will end in 5 or 6 weeks, Stettner added.

State unemployment agencies faced a flood of tens of millions of claims this spring and summer, and in most cases it took weeks to make the $ 600 additional payment after its first approval.

Many states have also wondered if they can afford to pay an extra $ 100 a week in the face of a sharp decline in tax revenues.

McEnani told reporters the law requires 25% of additional unemployment benefits to be paid by states. Treasury chief Steve Mnuchin echoed the demand in a White House phone call with governors, but also sought to reassure governors that the Trump administration would find a way to cover the money that states allocate for unemployment through future legislation.

“We understand that some of you want to use these funds for other purposes,” Mnuchin said, according to an audio recording of the conversation obtained by the Associated Press. "And under the law, if you do use these funds for unemployment insurance, we will agree to restore them."

On the subject: How will Trump's new payroll tax decree affect American income?

In North Carolina, officials have questioned the prudent use of FEMA funds for natural disasters such as hurricanes and tornadoes at a time when forecasters forecast a busy hurricane season.

In Georgia, Republican Gov. Brian Kemp praised Trump's actions. But Kemp, a Trump ally, did not provide details on whether the state will contribute its share of the additional unemployment benefits.

The debate over unemployment aid in Washington is taking place amid fears that a pandemic could harm the economy next year. Media provider IHS Markit cut its 2021 growth forecast to 3,1% from 3,7%, citing an increase in coronavirus cases in many states.

Economists warn that growth will slow further unless Congress passes another round of fiscal stimulus, including more unemployment bailouts.

"In early 2021, when this income support expires, the recovery will be at new risk," said Joel Prakken, chief economist at IHS Markit in the US, in a report. "However, we anticipate that the vaccine will become widely available in the middle of next year, which will finally allow for a more fundamental recovery."