The police establish the causes and circumstances of the death of an employee of the American embassy in Kiev, considering various versions, including an accident. About it "Ukrainian Pravda" said the Deputy Director of the Department of Communication of the Ministry of Internal Affairs Yaroslav Trakalo. 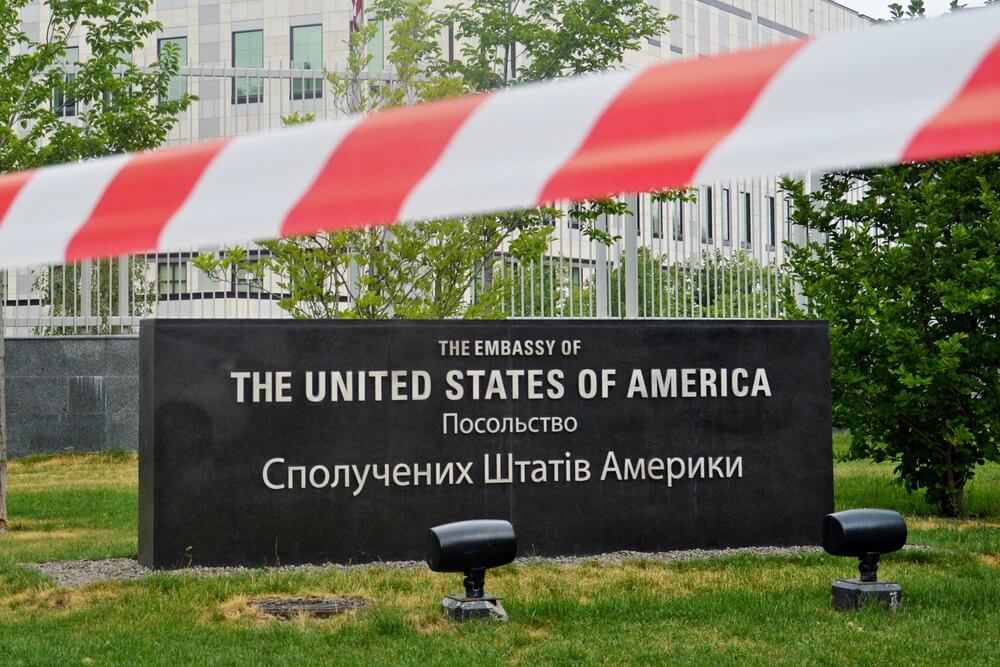 On September 30, a woman with a head injury was found in Kiev in the Shevchenko district. She was alive, but unconscious. The woman was hospitalized, she subsequently died in the hospital. During the examination of the victim's belongings, an identity card of an employee of the US Embassy in her name was found.

“Law enforcers are questioning possible eyewitnesses of the incident. According to one of them, an unknown tall man aged 30-40 was seen nearby. The police are looking for him to check his possible involvement in the death of an embassy employee. However, all other possible versions are also being considered, ”Trakalo said.

It is known that the woman was found near the railroad tracks near the Nyvky Park, in the same area as the US Embassy. The victim was wearing headphones and a tracksuit. Therefore, law enforcement officers do not exclude the version of an accident as a result of a train injury.

On the subject: 'In America I was suffocating': why the Kievite did not take root in the USA and returned to Ukraine

Police spokeswoman Anna Zubreva said that a forensic medical examination is now being carried out to determine the cause of death, writes The Guardian.

“It is with a broken heart that we report the death of an American woman from the community of the US Embassy in Ukraine. Now officials of the US Embassy in Kiev are working with the authorities to establish the circumstances of death, ”the embassy said in a statement.

According to one US source, the deceased woman was the wife of a US diplomat and worked at the embassy on a non-diplomatic basis.

As noted by The Guardian, US diplomats regard Kiev as a relatively safe place. The source said there have been incidents of harassment and burglaries in the city, usually attributed to Russian intelligence operating in Ukraine, but there have been no physical attacks in recent years.

'Forget about the great empire': Belarusians in the United States urged Putin to abandon support for Lukashenka