Home In the U.S. California imposed curfew over COVID-19 surge

For most Californians, a night time curfew has been in effect since Saturday, November 21, as rising coronavirus cases threaten to disrupt the healthcare system. ABC News. 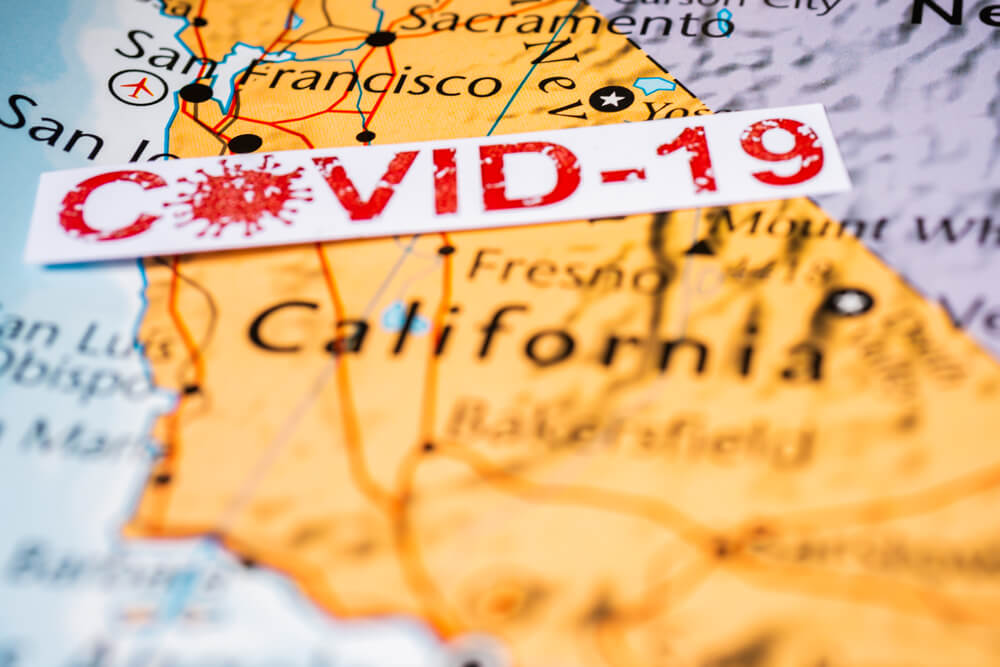 Since Saturday, November 21, most Californians have been under a nightly curfew, as rising coronavirus cases threaten to paralyze health systems, and the state's largest county has warned that even tighter isolation may be imminent.

The new restrictions require people to stay at home between 22:00 pm and 5:00 am, unless they are responding to an emergency, buying groceries, taking take-out food, or walking their dogs. The monthly curfew could be extended if rapidly deteriorating trends do not improve.

The authorities say the focus is on keeping people from socializing and drinking, activities that are contributing to the soaring rise in COVID-19 infections since the fall just months ago.

Stanford University Doctor Mark Cullen, an infectious disease expert who recently retired, said the primary goal of imposing curfews is based on intelligent interpretation of the data.

“A lot of people come together without paying attention to precautions - no masks, no social distancing, often indoors - a lot of these things actually happen at night,” Cullen said. However, he also expressed doubts that the limited curfew would be effective.

On the subject: Conspiracy, microchips, DNA alteration: popular myths about the COVID-19 vaccine

Curfews apply to 41 of the state's 58 counties that are in the "purple" level, the most restrictive of the four levels in the state, allowing various stages of economic recovery. These counties make up 94% of the nearly 40 million people living in the most populous state in the United States.

California as a whole has recorded more than 1 million infections, with nearly 20 new cases reported on Friday, November 15.

Los Angeles County, the largest in the state with a population of about 10 million, may face even tighter restrictions as early as next week as patient numbers and hospital admissions hit critical levels. The county is home to a quarter of the state's 40 million inhabitants, but accounts for about a third of coronavirus cases and about 40% of deaths.

County public health director Barbara Ferrer said Friday, November 20, that the county has registered 4272 new cases in one day and 13 cases in the past three days. The COVID-247 positive test rate jumped to 19% and nearly 7,3 people were hospitalized.

“We see the number of cases growing faster than in summer,” Ferrer said. "The data looks very bad right now and we had three terrible days in terms of morbidity and increased hospitalizations."

Officials are hoping to avoid full-blown quarantine orders like those introduced in March, when the COVID-19 pandemic was gaining traction. Since then, public health officials have responded to fluctuations in infection rates by relaxing and then reinforcing various stay-at-home orders to balance security and economics.

However, the result is confusion and what some health officials call "COVID fatigue," where people just get tired of the rules and lose their guard.

Health officials admit that curfews will only help reduce infection rates if people listen to them voluntarily. Violators can be fined or charged with wrongdoing, and businesses can have their business licenses revoked. Districts are responsible for enforcing the rules.

Officials from Eldorado, Fresno, Los Angeles, Orange, Placer, Sacramento, San Bernardino and Stanislav counties were among those who said they would not impose curfews, with residents in some of them strongly opposed to the restrictions.

“I consider it illegal and unconstitutional. The government has stripped us of our civil rights using a virus, ”said Alan Hostetter, who organized a 22:01 pm anti-curfew protest in San Clemente. He said several similar protests were planned statewide on Saturday night, November 21.

In Huntington Beach, a restaurant owner who has condemned Gavin Newsom's orders since March said it would open an hour after curfew.

Opposition to COVID-19 regulations has also come from groups representing thousands of fitness centers. Most of the state gyms are closed or open only.

The California Fitness Alliance said the Newsom administration is using "arbitrary criteria, contrary to both science and common sense, to determine the level of risk at which businesses should close, causing thousands of Californians in the fitness industry to lose their jobs."

Mayor Lindsay Horvath said that West Hollywood, known for its clubs and a massive LGBT community, "will be affected like no other city" by the imposition of a curfew.

“These businesses have created places, safe places for our LGBT community, in particular where we can walk, enjoy our nightlife, be together in society,” Horvat said. "It's heartbreaking to see what's happening right now."

Curfews can even be counterproductive, says Dr. Lee Riley, professor of infectious diseases at the University of California, Berkeley School of Public Health.

According to him, officials in London, who tried a similar approach, found that “at least for young people, it could increase their social activism. They cannot go outside, so they gather in someone's house or hostel. "

“I'm not sure how effective it will be,” Riley said. “But the state authorities feel they have to do something. I think it will be more of a cosmetic effect than a real effect on interrupting the transmission of the virus. "

Tightening quarantine restrictions: what has changed in each state