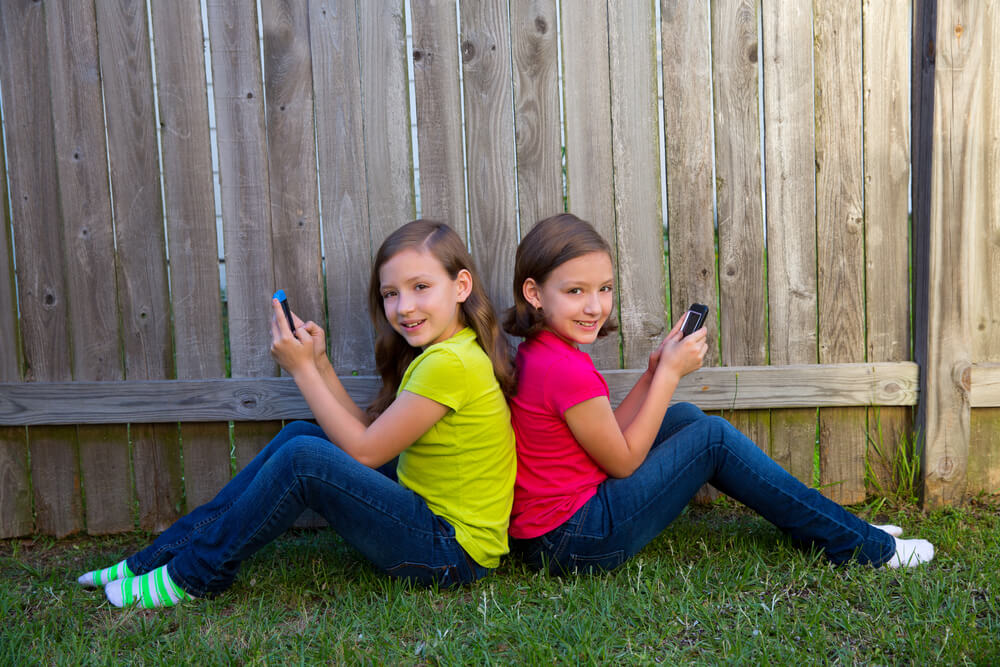 Reports on the new “game” among schoolchildren called “Blue Whale” prompted Californian police to warn parents of the possible risks of self-harm and suicide. Before the warnings were distributed by the Miami police department.

Blue Whale, originally from Russia, is an online game in which young people have to complete a series of tasks during 50 days. As a rule, among the tasks - causing yourself physical harm. The final task is suicidal.

“We can never be too vigilant when it comes to protecting our children,” the report says Vacaville Unified School District.

“The dangerous" game "became relevant in social media some time ago, especially in other countries. Students of our school are now talking about this game. ” 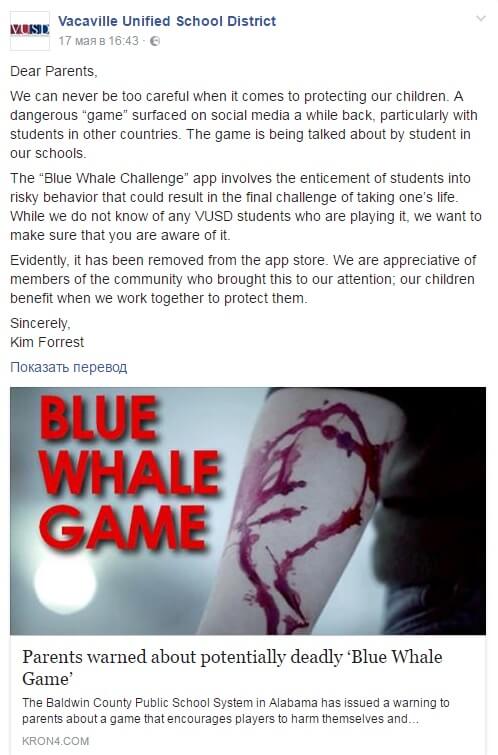 On Monday, the Galt City Police Department of Galt also posted a warning for parents on its page in Facebook about the game "Blue Whale".

“Social media plays a huge role in the lives of our children, don't let them put down their young impressionable minds.”

According to Meduza, the game begins after the publication of the message: the game “curator” is allegedly associated with the user, usually with an account that cannot be identified.

He explains the rules: “not to tell anyone about this game,” “to always carry out my tasks, whatever they are,” “for not fulfilling any task you are excluded from the game forever and bad consequences await you”. Also, the curator issues tasks; they are most likely 50 - one per day (this is probably a reference to the book "50 days before my suicide").

There is a typical list of tasks - it (with text and a picture) was sent by several users of the Russian social network VKontakte playing and wanting to play in the “Blue Whale”. The tasks are related to the physical harm to oneself (“cut out f57 with a blade”), whales (“draw a whale on a piece of paper”) and fear (“watch scary videos all day”).

To perform some tasks, the player must climb onto the roof of a high-rise. The tasks from 30 to 49 are: “Every day at 4: 20 you wake up, watch videos, listen to music, and every day you make one cut on your arm, talk to a whale.”

The last task is suicide. There are atypical tasks, for example, “curators” offer some users to cross the road in front of the car and take it on video (this type of entertainment received the name “run or die” among teenagers).

If the user decides to leave the game, the “curator” promises to come to his home and kill his parents. To find out the address, the “curator” sends the user a link to the service, fixing the geo-data or ip-address.

Food on social media: to post or not - that is the question

Money from the network: how to earn and become famous on the Internet