Home In the U.S. In California, the train had an accident: there are dead

In California, the train had an accident: there are dead

As a result of a collision of a train with a car, two people died. CCTV camera recorded the time of the accident. 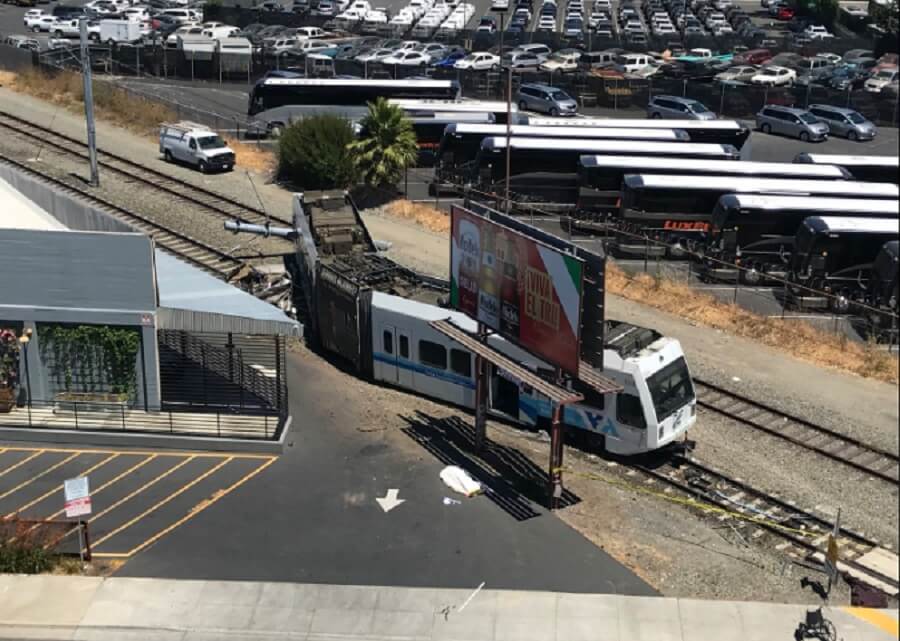 The deadly accident occurred in San Jose around 12: 34 of the day. San Jose police said that a barrier was working at the railway crossing, but trying to drive a vehicle tried to drive around it, and at that moment it was hit by a train.

Cameras located near the brewery recorded the time of the accident. A loud sound is heard on the video and you can see the train slowing down and pulling the car behind it.

TRAGIC VIDEO: Surveillance cameras hit the bottom of the tragic moment. Our thoughts are with all involved. Our latest information on the crash here: https://t.co/69URSlDSpB. pic.twitter.com/znK4DVibrd

Representatives of the transit train reported that the track had been damaged as a result of the accident.

The collapse is under investigation, but authorities have reminded that people should exercise caution near the railway.

“We're just reminding that safety is truly everyone’s job, so whether you are walking, driving or cycling, we all need to be careful when crossing level crossings,” said spokeswoman Holly Perez.