Home In the U.S. In California, a ship caught fire: dozens of casualties

According to representatives of the U.S. Navy, 57 people were injured in an explosion and fire aboard a ship at the U.S. Naval Base in San Diego (California). Writes about it CNN. 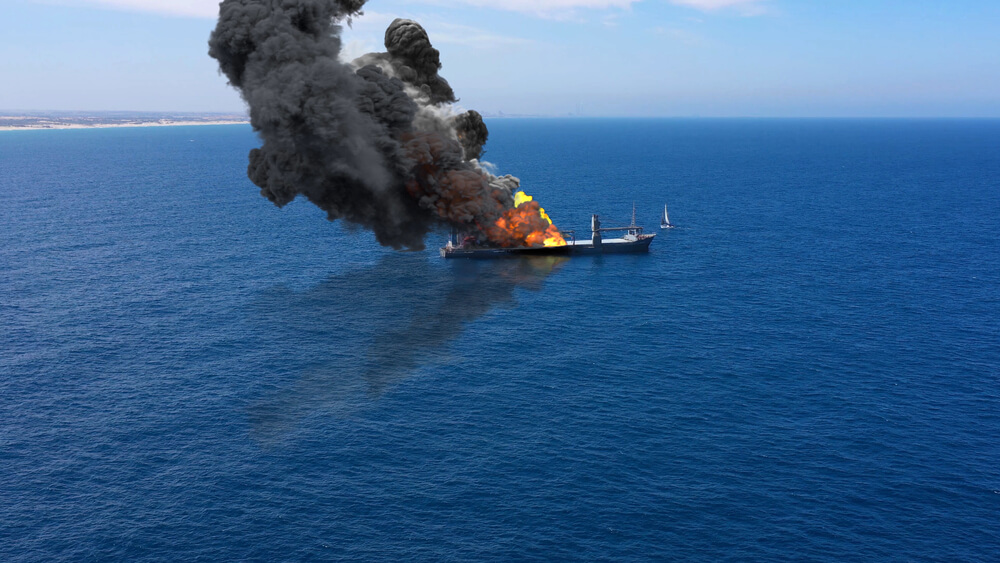 As a result of the fire and efforts to contain it, 57 sailors and firefighters suffered. Most injuries were minor, including heat stroke and smoke inhalation. Five people remain in hospital in stable condition, writes USA Today.

All crew members got off the ship.

According to Monica Munoz of the San Diego Fire Department (SDFD), firefighters fought three fires on the ship.

As of Monday morning, July 13, the fire that raged for almost a day was still not extinguished and it is unclear how long it will take to take control of the fire. Airplanes are used to extinguish a fire, as firefighters cannot work on site due to fire.

Explosion with at least one injury at the USS Bonhomme Richard. #shipfire pic.twitter.com/HooWIRcjU4

“The Fire Department returned its crews on the ship along with the US Navy fire brigades to the embankment,” Bondrant said.

“The sailors on this quay are doing an excellent job,” Sobek said. - They're saving their ship. We are seeing incredible results. "

On the subject: In Las Vegas, firefighters made an unexpected gift for a family whose house burned down

It is not clear where the fire started. According to Sobek, when they first reported the fire on Sunday, July 12, in the morning, the fire was in the lower room for storing vehicles "in a huge open area, where a lot of marine equipment and everything else is stored."

According to him, a safety zone has been established around the ship.

It is not clear what caused the fire. Initial reports indicated that it could be “reverse” or overpressure when the compartment began to heat up.

The ship carries about a million gallons of fuel, Sobek said. The ship can burn for several days, "all the way to the waterline," said San Diego Fire Chief Colin Stowell.

Sobek, however, said the ship was likely to be rescued.

“We will make sure that the ship can sail again,” he said.

“It was under renovation,” Sobek said. "So we'll just go back to what it was before."

According to Stowell, when the crew left the ship, an explosion occurred. Other ships departed from the burning ship.

The head of the Department of Defense, Mark Esper, was informed of the situation. The crew turned to the San Diego Fire Department for help at around 09:00 local time. The second alarm was given at 09:09 and the third at 09:51.

USS Bonhomme Richard is an amphibious landing ship. At the time of the start of the fire, there were 160 people on board, the ship with a capacity of 1000 people was undergoing maintenance.

Who and why deliberately sets fire to forests in the USA: the experience of an immigrant

May catch fire: firefighters are asked not to leave sanitizers in cars in hot weather