In August 2019, three women were walking along Encinitas Beach, California, when a cliff suddenly collapsed. One of the women was killed instantly, and her sister and niece later died in hospital. This tragic event was neither the first nor the last rock collapse in a picturesque and densely populated, but dangerous coastal area. Writes about it The Atlantic. 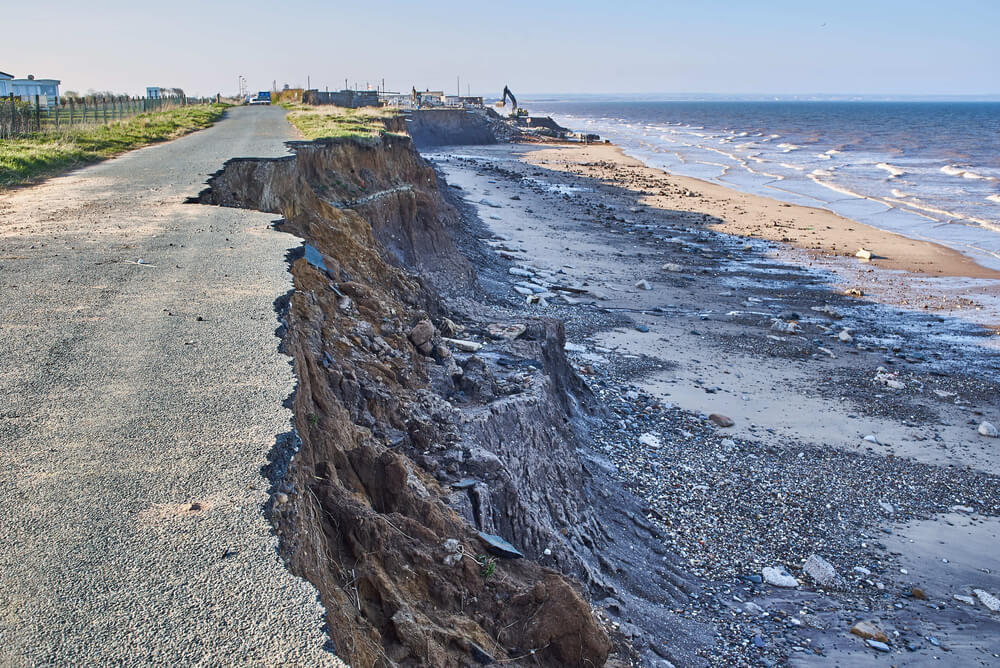 Just a few kilometers south, a rock collapsed in Del Mar after a rainstorm in 2016, destroying a busy coastal road. In 2018, sections of coastal cliffs collapsed in the area, but no casualties were reported. In February of this year, another cliff collapsed - along with an aging dam designed to hold it back - about 10 meters from the San Diego-Los Angeles rail line that serves millions of passengers and numerous freight trains each year.

Collapsing coastal cliffs pose a threat wherever waves, earthquakes and heavy rainfall can destabilize the landscape, and this risk increases with rising sea levels. This is a pronounced risk in many areas of the Pacific coast of North America, especially in Southern California. With so many lives, homes and vital infrastructure at stake, scientists have been trying to figure out what exactly is causing the rocks to fall.

Adam Young, a marine geologist at the Scripps Institute of Oceanography at the University of California, San Diego, is developing a tool that can ultimately be used to predict landslides to better protect lives and property. He and his team spent three years traveling up and down the 2,5-kilometer stretch of coast near Del Mar, measuring with a sensitive lidar laser mounted on their research truck. Through repeated measurements, the equipment can track tiny shifts in the ground, and by taking measurements over the years, the team intends to warn of potentially vulnerable coastal areas.

On the subject: Because of the extreme heat in California, a female bear brought her cubs to a beach filled with people

When mapping coastal cliffs, Young and his team focused on two main processes: the inexorable erosion of the lower rock layers by breaking waves and the gradual erosion of the topsoil by rainstorms and groundwater seepage. Both can undermine, sometimes imperceptibly, the stability of the cliffs.

While laser is a common approach to studying unstable terrain, measurements are often taken from research aircraft once or twice a year, Young's research has taken a new twist.

“The main innovation here is the weekly survey, which allows us to highlight the periods of time when waves hit the cliff or when it rains, which gives us a better idea of ​​how these various processes affect the cliffs,” he says.

“It is important to understand the special qualities of showers, waves and groundwater that lead to erosion and landslides, especially in the context of coastal changes that scientists expect as sea levels rise further,” says Young.

While lidar observations do not provide a way to pinpoint when a cliff will collapse, Gary Griggs, a geologist at the University of California, Santa Cruz, says they can help pinpoint vulnerabilities and make general predictions, such as if part of a cliff will collapse in the next 50 years. However, he is not sure if more accurate predictions can be made. Young agrees it's difficult, but expects his new approach will ultimately help improve predictions.

Evidence from Young's research and similar surveys informs local officials, authorities and property owners, many of whom are looking for strategies to adapt to the future.

In some places, erosion is not economically viable to remain, says Charles Colgan, research director at the Center for Economics at the Middlebury Institute for International Studies in Monterey, California. Long before someone's property falls into the ocean, the cost and time of annual repairs and maintenance will be enormous, he said.

According to a 2018 study by Colgan, the economic threat to Southern California is not so much from large storms as from frequent small storms that are becoming more common.

“Erosion and sea level rise is what's going to happen on much of the coast of San Diego County. It is necessary to pay attention to these two factors, given that there are many expensive properties on the rocks, ”he said.

Ultimately, infrastructure, including homes, roads and railways, entire city blocks and possibly even a decommissioned nuclear power plant, will have to be relocated. Homeowners in the region have moved away from the term “managed retreat,” but no matter what it is called, some kind of community relocation must take place, he argues.

Historically, Griggs says, people along the California coast have used fortifications — wood, concrete, or stone dams and other structures — to reinforce crumbling cliffs by adding sand to washed-out beaches. This is often expensive to manufacture and requires periodic maintenance, and in many areas even the tightest reinforcement will not suffice.

“I think those days in California are over and also in some other states,” he says.

This means that people now have to choose between retreat or permanent coastal landslides. “Ultimately, the Pacific Ocean cannot be contained,” says Griggs. He says it all boils down to one question: "What risk are you willing to take?"

California will be the first in the United States to pay residents a guaranteed income: who is entitled to it