Main page In the U.S. In California, a truck crashed into a car packed with people: 15 people died

On Tuesday, March 2, near the Mexican border in Southern California, at least 15 people were killed when an SUV full of passengers crashed in an accident involving a truck. NY Daily News. 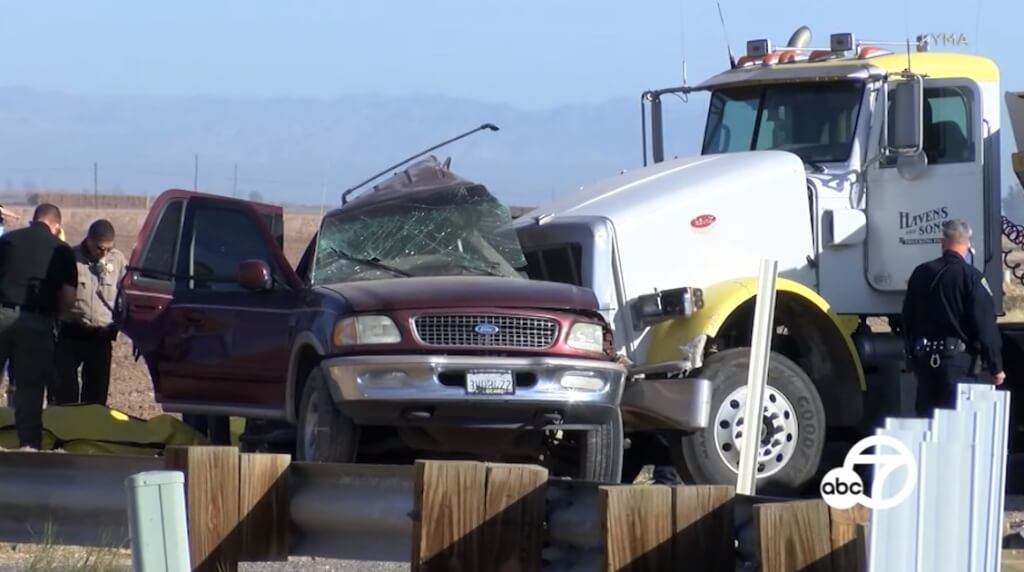 The circumstances of the crash are still unclear, but medical officials said the accident involved an SUV carrying 27 people (it should hold only 8) and a truck loaded with gravel.

Fourteen victims were declared dead at the scene, officials said, and another died on arrival at El Centro Regional Medical Center. Four victims were treated at El Centro and two others were taken to Pioneers Memorial Hospital in Brawley, but their exact condition is unknown.

“Patients are going through difficult times, as you can imagine,” said Dr. Adolph Edward, CEO of El Centro, in a video message. "It was a serious accident and we will take care of them in the emergency room."

On the subject: More than 100 cars collided in Texas: dozens of people injured, six killed

The crash occurred on a road near Interstate 115 in Imperial County, about 15 miles (24 km) from the US-Mexico border.

A California Highway Patrol officer told CNN the SUV was heading west when it passed the truck's "straight track" in the north lane.

Representatives of CHP described the SUV as the Ford Expedition, which should carry no more than eight people.

In California, a 13-year-old girl steals her mother's car and knocks down two people to death

Near Las Vegas, a truck drove into a crowd of cyclists: 5 dead