Home In the U.S. In California, a girl pushed a bear off a fence, protecting her dogs: how it was

In California, a girl pushed a bear off a fence, protecting her dogs: how it was

In the state of California, a 17-year-old girl fearlessly pushed a bear that threatened her dogs off the fence, writes "Voice of America". 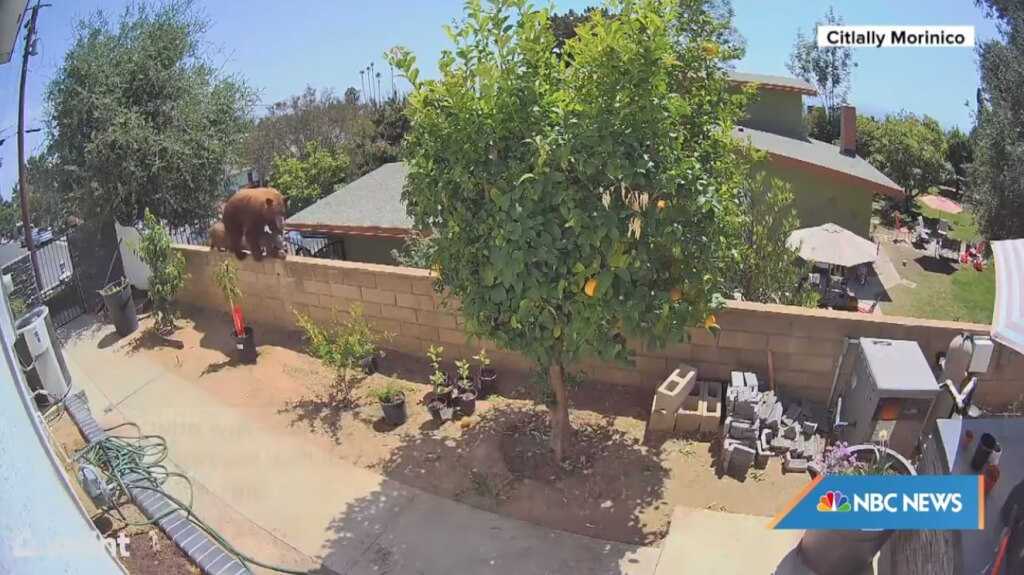 A 17-year-old California resident drove a she-bear with her cubs from the site of her house.

A huge bear climbed the fence and tried to paw the pet dogs barking at her. The girl hurried to protect the dogs and pushed the bear off the fence.

Fortunately, neither the girl nor the dogs were seriously injured.

It clarifies KTLA, it all happened in the San Gabriel Valley. A she-bear and two cubs walked along a brick wall in a backyard in Bradbury. Three dogs of the family started barking at them.

At the time, the family was working in the garden across the yard and heard barking. The video shows a bear spanking the dogs several times before a teenager runs up to her and pushes her off the fence.

On the subject: In Tennessee, a wild bear climbed into a cottage and basked in a jacuzzi: how it was

The girl's mother, Chitlalli Moriniko, called it "one of the scariest moments in life." Her daughter Hayley decided that dogs bark at other dogs.

“I run to see what they are barking at, and I see that this is not a dog - this is a bear,” she said.

“I see a bear, he's grabbing my dog ​​Valentina, she's still a baby,” Haley said. - I had to run up there. And the first thing I decided to do was nudge the bear. And somehow it worked. "

The video shows how she pushes the bear, as a result of which the animal falls back and breaks away from the wall. The girl sprained her finger and scratched her knee, but she and her mother are grateful that these are her only injuries. Hayley said she ran away from the wild bear as quickly as she could.

“By the time the bear fell, I had already escaped with my other dog,” she said.

The family said this is not the first time they have seen a bear or other wildlife near their home in Bradbury since moving there in February.

Moriniko said that bears can usually be seen in the vicinity two to three times a week. But according to the family, this is the first time any of them have come this close to wildlife. And perhaps the last one - both Hayley and her mother are not advising anyone to do what she did.

“Don't push the bears,” Haley said. "Don't do what I did, you may not have the same result."

All for the sake of a video on the social network: a couple from Florida lured bears with donuts and set dogs on them

In Colorado, bears tore to death a woman while walking the dogs

In Florida, a bear regularly comes to the pool of a local resident