Home Page Educational program Yellowstone has a record number of earthquakes: does this mean that the eruption of a supervolcano is near

В More than 1000 earthquakes hit Yellowstone last month, a four-year record that, according to the United States Geological Survey (USGS), is "likely to rise" in the coming days. The edition told in more detail Express. 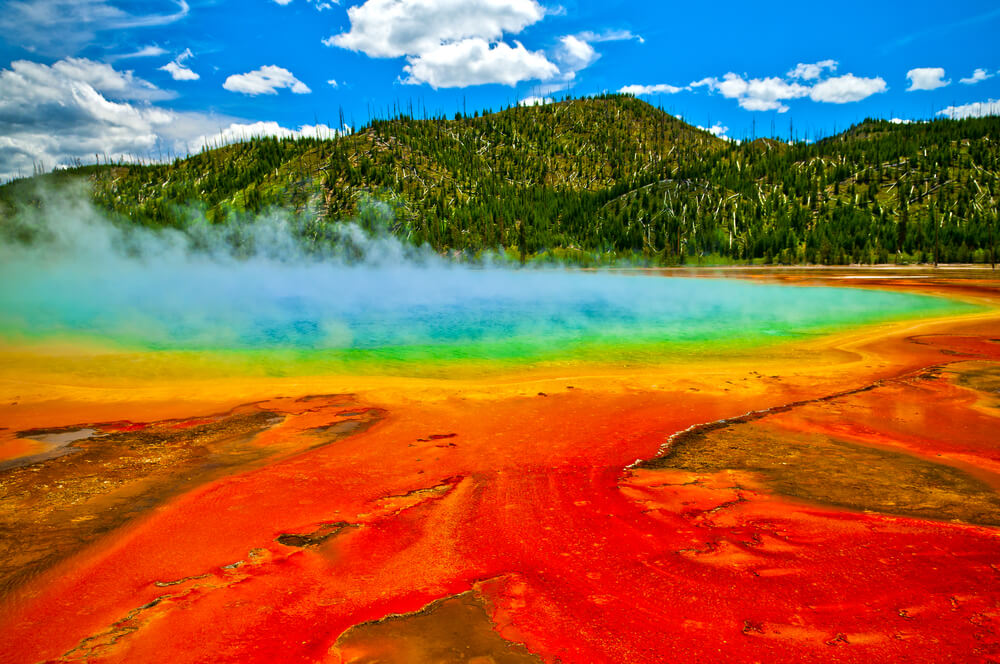 After a period of intense seismic activity, the US Geological Survey released its monthly report on Yellowstone National Park and the volcano. The supervolcano is one of the most seismically active regions in the country. Yellowstone, among other things, was the site of three catastrophic eruptions, which are estimated to have occurred about 2,1 million, 1,3 million and 640 thousand years ago.

The eruptions have covered vast areas of the United States with a layer of volcanic ash, and if it happens today, precipitation is likely to disrupt climate patterns and affect global food production.

The eruptions led many to mistakenly believe that Yellowstone erupts like a clock every 600-000 years and that the time has come for the next eruption.

Although geologists once again assure us that this is not the case, fears of a volcanic awakening persist.

The latest report from the U.S. Geological Survey also doesn't help much to allay concerns, as it confirms that there were 2021 earthquakes in the Yellowstone National Park region in July 1008.

All tremors were recorded by the Yellowstone Seismic Network, which is maintained by the University of Utah.

However, the USGS noted that this is only a preliminary analysis, and the number of earthquakes is "likely to increase."

Geologists expect dozens of small earthquakes to be added to the report after a particularly intense period of seismic activity recorded on July 16.

The US Geological Survey said: "This is the highest number of earthquakes in a month since June 2017, when there were more than 1100 earthquakes."

Such tremors are usually associated with the movement of faults in the rock layer, which can be caused by the rise of groundwater.

The US Geological Survey said: "This event was part of a sequence of earthquakes in the same area that began on July 16."

This period of increased seismicity was marked by a number of series of earthquakes.

For example, since July 16, a series of 764 aftershocks have been recorded under Yellowstone Lake.

Series of earthquakes account for about 50 percent of all seismicity in the Yellowstone region.

The good news is that none of this is a sign of an impending eruption of this volcanic caldera.

The US Geological Survey assured: “Although this level of seismicity is above average, it is not unprecedented and does not reflect magmatic activity. The earthquakes in Yellowstone are mainly the result of movement along pre-existing faults and can be caused by an increase in pressure due to recharge of groundwater from melting snow. If magmatic activity were the cause of the earthquakes, we would see other indicators such as changes in deformation style or heat and gas emissions, but no such changes were found. ”

Yet many people continue to live in fear and believe that one day the United States will be hit by a catastrophic explosion.

Social media in particular is rife with debunked claims and conspiracy theories that Yellowstone is already "expired."

On the subject: Above Supervolcano Yellowstone awoke a geyser that slept 60 for years.

One Twitter user recently said, “I'll tell you one thing: when I came to Yellowstone 15 years ago, I was already scared. Sleeping among free-roaming animals at the top of a supervolcano, the eruption of which is long overdue, definitely made me nervous.

“We know it's long overdue, but there is no way to truly imagine this destruction,” wrote another user.

So rest assured: Yellowstone volcano is not preparing for another eruption, and there is no reason to believe that another big explosion will ever happen again - at least not with us.

The US Geological Survey said: “First, volcanoes don't work that way. Second, even if they worked that way, we still have about 100 years left before the Yellowstone explosion. "

Russia wants to 'persuade' about 500 emigrants to return home