Home In the U.S. Yellowstone is expected to erupt a supervolcano that could destroy life on the planet.

Yellowstone is expected to erupt a supervolcano that could destroy life on the planet. 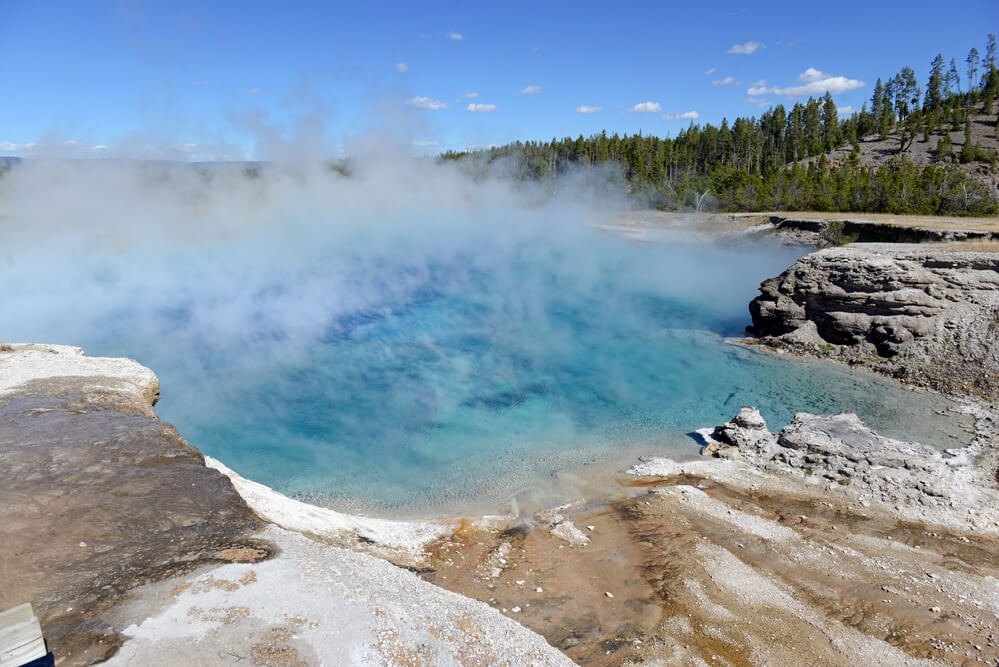 Scientists working in Yellowstone National Park suggest that the supervolcano on its territory may erupt earlier than expected.

And this eruption can destroy life on the planet, writes USA Today.

Researchers at the University of Arizona analyzed the minerals in the fossil ash from the last mega eruptions of this volcano and found strong changes in their temperature and composition in just a few decades. Until now, geologists believed that supervolcano required centuries for such a restructuring.

The 2011 study of the year revealed that the land above the magmatic lake in Yellowstone swelled and climbed 10 inches (25 cm) in 7 years, which is an unusually large rise, especially considering the huge volcano vent area.

A large prismatic spring in the park and geysers indicate that a huge magmatic storage rumbles beneath the park.

About 630 years ago, a powerful eruption shook the region and created the Yellowstone Caldera, a 000-mile (40 km) bowl that occupies most of the park.

The previous eruption of this volcano occurred in about the same period of time before the next one - 1,3 million years ago. This means that the supervolcano may be ready for the next eruption.

This supervolcano has the ability to erupt more than 1000 cubic kilometers of rock and ash, that is, this eruption can cover most of the United States with ash and, perhaps, will plunge the Earth into a volcanic winter.

Scientists say that the volcano behaves very unusual, usually such changes in the composition of minerals occur over hundreds or thousands of years, and signs of an impending eruption appear for decades, but the volcano in Yellowstone "sat quietly" almost until the eruption itself. Although, for more accurate conclusions, scientists need to do more research.

16 states with the most natural disasters