As a result of a strong earthquake in Indonesian Sulawesi, at least 67 people were killed and hundreds were injured, writes CNN. 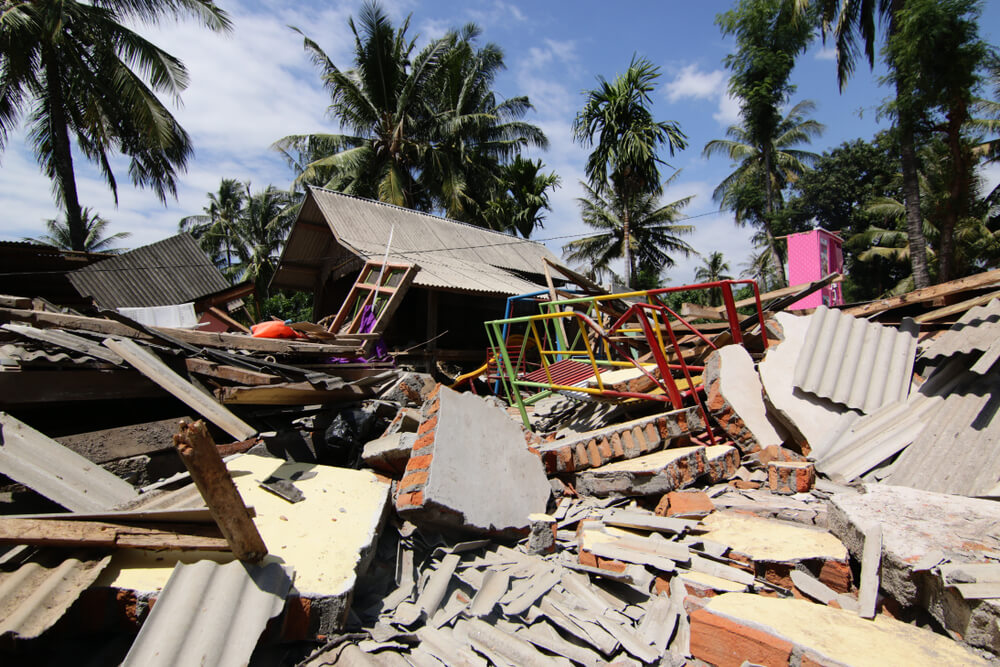 According to the head of the International Federation of Red Cross and Red Crescent Societies in Indonesia, Jan Gelfand, at least 67 people were killed in a 6,2 magnitude earthquake that struck the island of Sulawesi in Indonesia on the night of Friday 15 January.

Gelfand told CNN that he expects an increase in the death toll and missing persons.

Hundreds of people were injured, according to the Disaster Relief Agency.

According to the Agency for Meteorology, Climatology and Geophysics of Indonesia, the epicenter of the earthquake, which occurred at 1:28 am Jakarta time, was six kilometers northeast of the city of Majene at a depth of 10 kilometers.

Thirty-four people died in the city of Mamuju, north of the epicenter, and eight in Majen.

According to the country's National Disaster Management Board (BNPB), at least 637 people were injured in Majen and 15 residents were evacuated.

Thousands of people fled their homes in search of a safe place after the earthquake, which could be felt for 5-7 seconds. At least 300 houses have been damaged in Majene.

On the subject: Named the most dangerous district to live in the United States: it is located in California

High-rise buildings were also badly damaged, including the military command structure in Majen and hotels and government buildings in Mamuju.

According to local search and rescue teams, many people are still under the rubble.

A powerful earthquake has rocked Indonesia's Sulawesi island, killing at least 34 people, leveling a hospital and other buildings. Rescuers searching for more than a dozen patients and staff of the leveled Mamuju hospital, have pulled one woman alive from the rubble. pic.twitter.com/59fjHzBv1i

“Our priority is to rescue people who are still under the rubble,” Saferuddin Sanusi, head of West Sulawesi's Communications and Information Department, told CNN. "For example, in [West Sulawesi Governor's Office], we are still trying to evacuate two guards who were stuck inside."

He said that nearly half of the buildings in Mamuju were destroyed by the earthquake.

“Most of the people in Mamuju city have been evacuated. They are afraid to stay in their homes, ”he added.

The communications chief said the earthquake damaged four of the largest hospitals in Mamuju.

“We need more emergency equipment and more personnel to work quickly [to] rescue victims trapped under the building,” he said.

“Our obstacle here is that we don't have the heavy equipment to rescue them,” Saidar Rahmanjaya, head of a search and rescue agency in Mamuju, told local television.

Gelfand said that about 100 volunteers and Red Cross personnel, as well as water convoys, were heading to the affected area. He stressed that the task was difficult, because the infrastructure was destroyed, and landslides occurred on the roads.

Gelfand said the affected area was a red zone for COVID-19, so there were concerns about hygiene and safety.

Arianto Ardi, head of the Mamuju Search and Rescue Agency, told CNN that officials have completed the evacuation of three houses destroyed by the earthquake. The agency evacuated eight people from the first home. Three survived and five died.

Another problem was the lack of communication between the rescue teams, as the local telephone networks went down after the earthquake.

Shalahuddin Salman, a resident of Mamuju, reported that many people were trapped because they were sleeping, because the earthquake happened in the middle of the night.

“We rescued four family members, but one still cannot be evacuated,” he commented to CNN after he and others rescued a family from under a collapsed building. - The man is locked inside the building. We think he's dead. "

Shalahuddin is concerned that many people are trapped under the rubble of the private hospital of Mitra Manakara, an eight-story building that was destroyed by an earthquake.

Meanwhile, thousands of people who managed to escape chose to stay away from their homes for fear of another earthquake or tsunami, West Sulawesi Police Chief Commissioner Syamsu Ridwan said.

“Some of them are heading higher to avoid a tsunami, although we have confirmation that there will be no tsunami,” he said.

The country's Agency for Meteorology, Climatology and Geophysics said the earthquake would not cause a tsunami.

The disaster caused a power outage and triggered three landslides along the main road connecting Majene and Mamuja.

Located on both sides of the so-called Pacific Ring of Fire, Indonesia is a highly tectonic country that is subject to regular earthquakes. In 2018, a devastating 6,2 earth tremor and subsequent tsunami hit the city of Palu in Sulawesi, killing thousands.

In Turkey, a child was rescued from the rubble 4 days after a terrible earthquake