Main page In the U.S. Two states of the United States have canceled the mask mode and completely open the economy

Texas Gov. Greg Abbott announced on March 2 that he would lift the state's mask requirement, even as health officials warn against weakening security measures. Writes about it CNN. 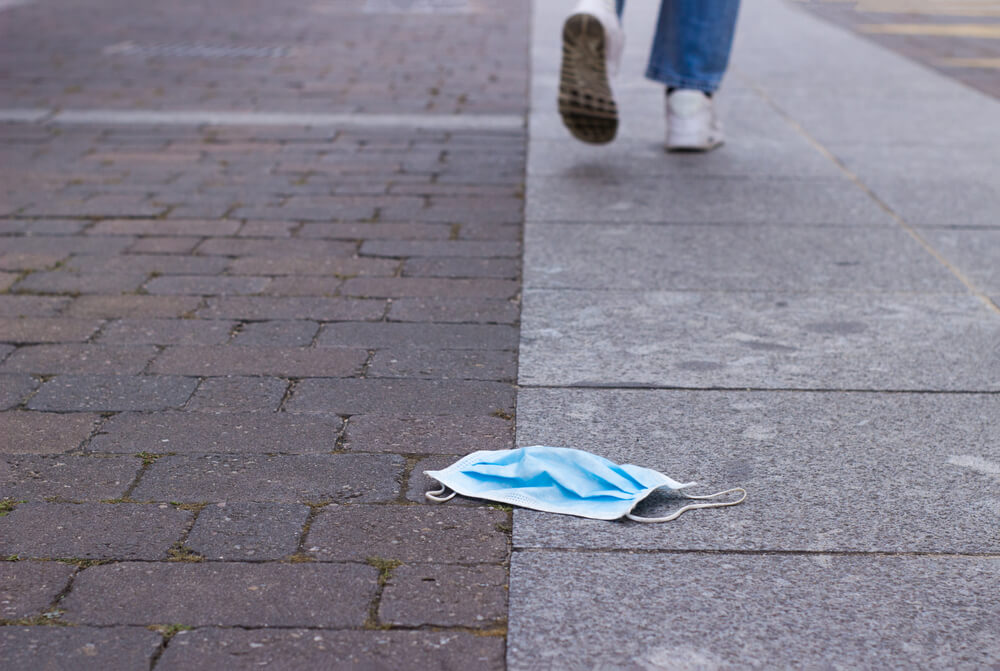 Abbott made this announcement during an event at the Lubbock Chamber of Commerce, at which he ordered the cancellation of most of his previous guides, including mask mode.

Abbott said that businesses of any type will be able to open 100% from March 10.

“Too many Texans have lost employment opportunities. Too many small business owners have struggled to pay their bills. This must end. It's time to 100% open Texas, ”he said.

Mississippi Gov. Tate Reeves also announced on March 2 that all mask requirements will expire and that businesses can resume operations 100%. The new orders will take effect Wednesday, March 3, Tate said.

“Our hospitalizations and the number of cases have plummeted, and the vaccine is spreading rapidly. It's time! " - wrote Reeves.

On the subject: Masks until 2022 and shocking mortality: Fauci's forecast for the COVID-19 pandemic in the United States

Abbott's announcement came as Covid-19 cases and hospitalizations continue to fall across the country. However, health experts say the relaxation of restrictions now could lead to a new spike, especially with the spread of virus strains.

Over the past year, Texans have “mastered everyday habits to help avoid getting Covid,” Abbott said. According to Johns Hopkins University, 1% of Texans were fully vaccinated as of March 6,57.

Abbott said on March 2 that the state had 5,7 million vaccinations, there is a surplus of personal protective equipment (PPE) and "10 million Texans have recovered from Covid."

“Removing state orders does not end personal responsibility and concern for your family members, friends and others in your area,” Abbott said. "People and businesses don't need the state to tell them how to proceed."

In a March 2 statement, Harris County Judge Lina Hidalgo said she disagreed with the governor's decision.

“Every time public health measures are canceled, we see a spike in hospitalizations,” Hidalgo said in a statement.

Hidalgo said the state is "gradually approaching the end of this pandemic."

“Now is not the time to reverse the gains we have made so hard,” the judge said in a statement. - At best, today's decision is wishful thinking. At worst, it's a cynical attempt to distract Texans from the failure of state oversight of our power system. ”

Jason Brewer, a spokesman for the retail lobbying group, said that "loosening sound safety rules such as wearing masks is a mistake."

"Dropping safety precautions will unfairly return retail workers to the role of executing rules still recommended by the CDC and other public health advocates," Brewer said in a statement. "It can also jeopardize the safety of pharmacies and grocery stores that are turning into vaccination centers."

No mask will be punished for

Abbott said he knows some officials will worry that the reopening of the state will worsen the disease situation in their communities. He says his order solves this problem.

"If hospitalization with coronavirus in any of the 22 hospital regions in Texas exceeds 15% of the hospital bed capacity in that region for seven consecutive days, then a district judge in that region could use Covid mitigation strategies in his district," Abbott said.

However, at the county level, a judge cannot put anyone in jail for not following orders related to Covid, and no punishment can be imposed on people who do not wear masks, the governor said.

“If restrictions are imposed at the district level, all businesses should be allowed to operate at at least 50% of capacity,” he said.

The mayors of Mission, Houston and Dallas have said they will continue to either encourage or require the wearing of masks in their city buildings, despite Abbott's decree.

Houston Mayor Sylvester Turner said the governor's statement "really undermines all the sacrifices that have been made by medical workers, doctors, nurses, ambulance workers, firefighters, police officers, municipal employees, people in the community."

Austin Mayor Steve Adler said everyone in the city was “overwhelmed” by Abbott's statement.

“It's overwhelming considering where we are,” Adler said. He added that everyone worked too hard to now risk their health again.

Adler said he and Travis County Judge Andy Brown sent a letter to the governor's office on March 2 morning, "pleading with him not to."

The city will continue to operate within its mask mandate, Adler said, and the Travis County Chamber of Commerce issued a statement calling on its member businesses to also require masks.

“For now, this is self-help,” Adler said.

As a ForumDaily reader, who lives in Texas, wrote to us, immediately after the news from the governor, local schools sent a letter to parents stating that they had their own rules and that wearing masks remained mandatory.

'Tribute to time': in California, the girl was given a REAL ID with a photo in which she is wearing a mask

Two masks protect against COVID-19 better than one, but not always: when this recommendation is useless

Seven new strains of coronavirus identified in the United States: they are all highly contagious