68-year-old taxi driver Hovhannes Papazyan was stabbed to death by a client in a parking lot of a fast-food restaurant in downtown Los Angeles. This happened on the evening of Friday, November 15. 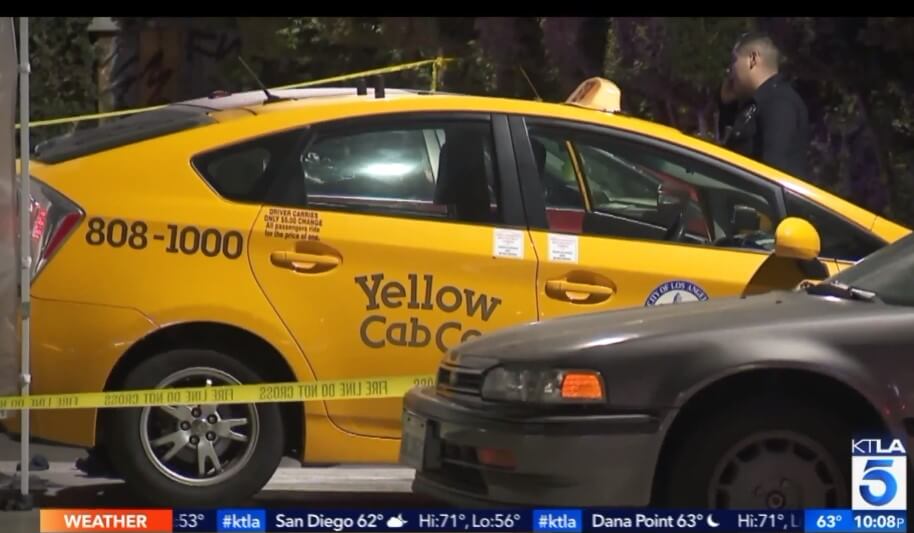 Oganes Papazyan of Burbank died in 18: 00 as a result of an attack on a Burger King parking lot on Grand and Cesar Chavez Avenues, according to records from Los Angeles County Coroner Medical Examination Department officials, writes KTLA. The cause of death is confirmed by an autopsy.

Witnesses told KTLA that the man had parked in his car, two men got out of the taxi, one of them attacked Papazyan, knocked him down and stabbed him several times in the neck.

Los Angeles police in the first few hours after the incident reported that employees searched the area but did not find the killer. Police described the attacker as Hispanic at the age of 30 years, growing about 5 feet 9 inches (about 176 cm) with thick hair and a beard. He was wearing a black zipped jacket and black trousers.

He was later detained.

On the subject: At the Walmart parking lot in Oklahoma, shooting occurred: there are dead

The motive for the murder remains unclear.

The police said that the taxi was equipped with a camera, but in the first reports it was not clear whether it was turned on and was able to record something. 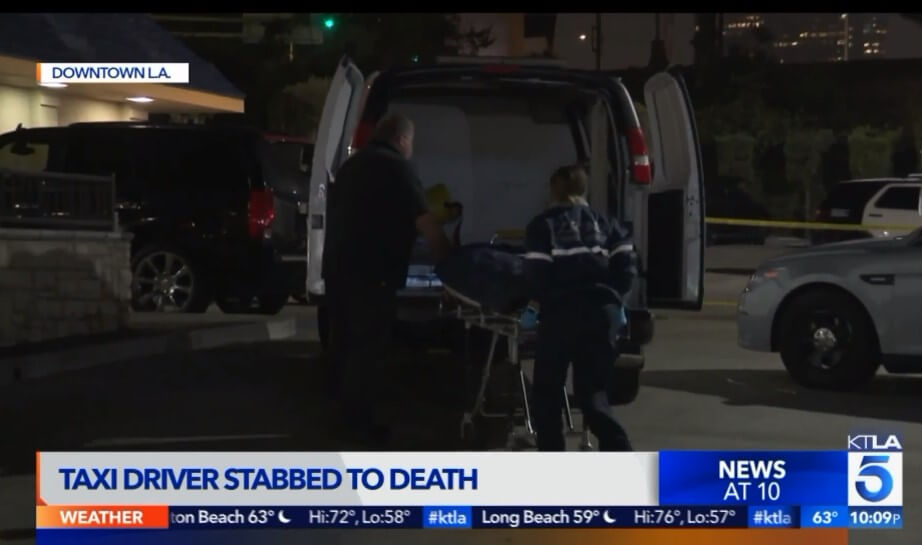 On Sunday evening, November 17, the police announced the arrest of a murder suspect, writes KTLA. Detectives collected evidence, including photos of the suspect from the crime scene. Soon, 32-year-old Victor Daniel Torres from Los Angeles was identified.

"Police officers spotted a man who looked like a suspect on Sunday, 500 blocks on North Main Street, about 800 meters from the scene of the murder," the Los Angeles Police Department said in a written statement. He was taken to the police station for questioning.

Based on a combination of evidence and investigation (Torres) was arrested on suspicion of murder.

On the subject: In the middle of Los Angeles, a homeless man poured a bucket of feces on her head

It became known that after applying mortal blows, Torres tried to hijack a taxi, but could not.

“When the suspect could not find the key fob, he went out and ran away on foot, leaving the taxi driver to die,” police said in a statement.

The commander of the Los Angeles Police Department, Mark Reina, praised the work of investigators.

“The excellent work of the officers and detectives led to the swift arrest of this suspect, who was wanted for the brutal murder of a taxi driver last Friday night,” Reina said on Twitter. 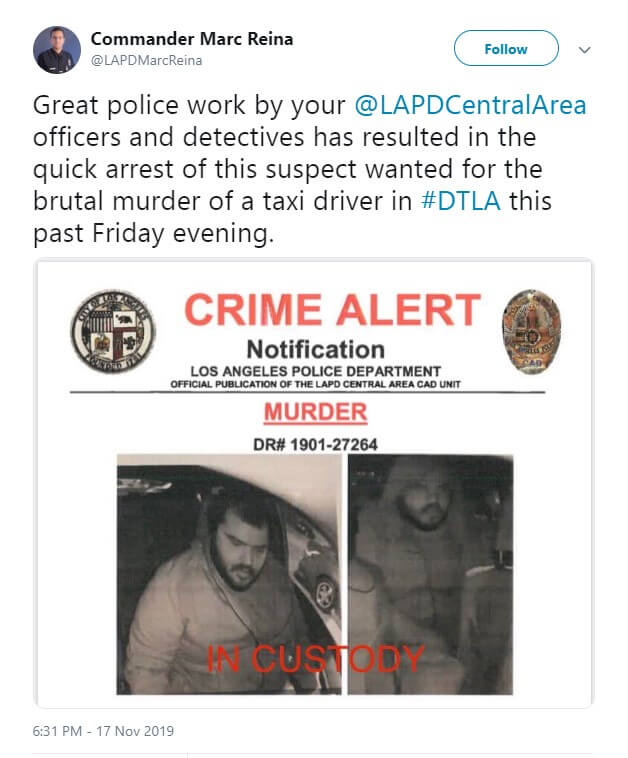 According to Torres’s past convictions, in 2007 he was detained for drunk driving, and in 2015 he threw an item into a car, according to records from the Los Angeles County Supreme Court. He was convicted of vandalism four times in the 2016 year, once in the 2017 year and once in the 2018 year.

According to officials, the pledge for Torres was set at 2 million dollars. On Tuesday, November 19, a hearing will be held on his case in the Los Angeles County Supreme Court.

At the Walmart parking lot in Oklahoma, shooting occurred: there are dead

Mass shooting at a party in California: 4 killed and 6 wounded

Shooting at a school in Southern California: what is known about the shooter and the victims

Armenians in the USA