Home In the U.S. Strongest hurricane of 2020 formed in Atlantic

Strongest hurricane of 2020 formed in Atlantic

Forecasters' fears were justified, and today, November 16, Hurricane Iota turned into a monster. Writes about it Alabama.com. 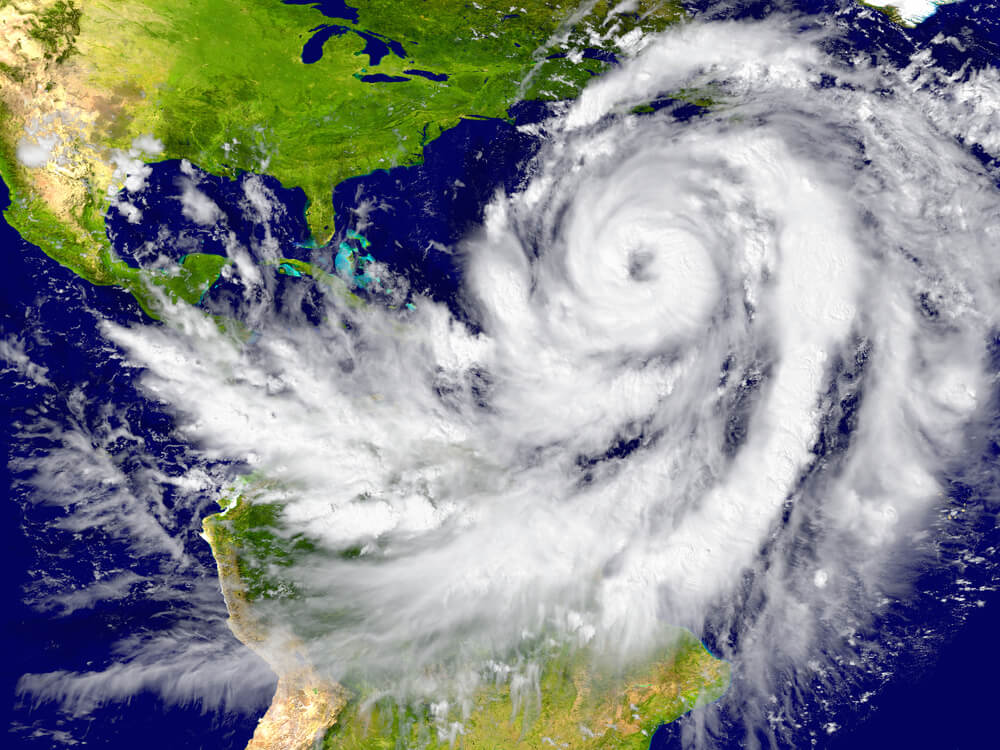 Iota escalated to a Category 5 hurricane with 160 mph (257 km / h) winds on Monday afternoon, Nov.16, and is due to land in Central America late at night, according to the National Hurricane Center.

With the latest update, Iota becomes the strongest hurricane - and the only category 5 - of the 30 named 2020 storms in the Atlantic.

Category 5 Hurricane #Iota is getting closer to Nicaragua. Hurricane-force winds should begin in a few hours, with landfall expected this evening. This is a life-threatening situation and please heed the advice of local officials. More on Iota at https://t.co/tW4KeFW0gB pic.twitter.com/8LRbA5illL

As of noon CST on Monday, November 16, Category 5 Hurricane Iota was approximately 40 miles (64 km) west of the Colombian island of Providencia or 80 miles (128 km) southeast of Puerto Cabezas. Nicaragua, and was moving westward at 9 miles per hour (14 km / h).

Rain of 10 to 20 inches (25-50 cm) will also be possible in areas heavily affected by flooding and landslides after Eta, including Nicaragua and Honduras, as well as Guatemala and southern Belize. In some areas, 30 inches (76 cm) of rain may fall.

Iota is expected to weaken rapidly after landfall and disperse across Central America by mid-week. 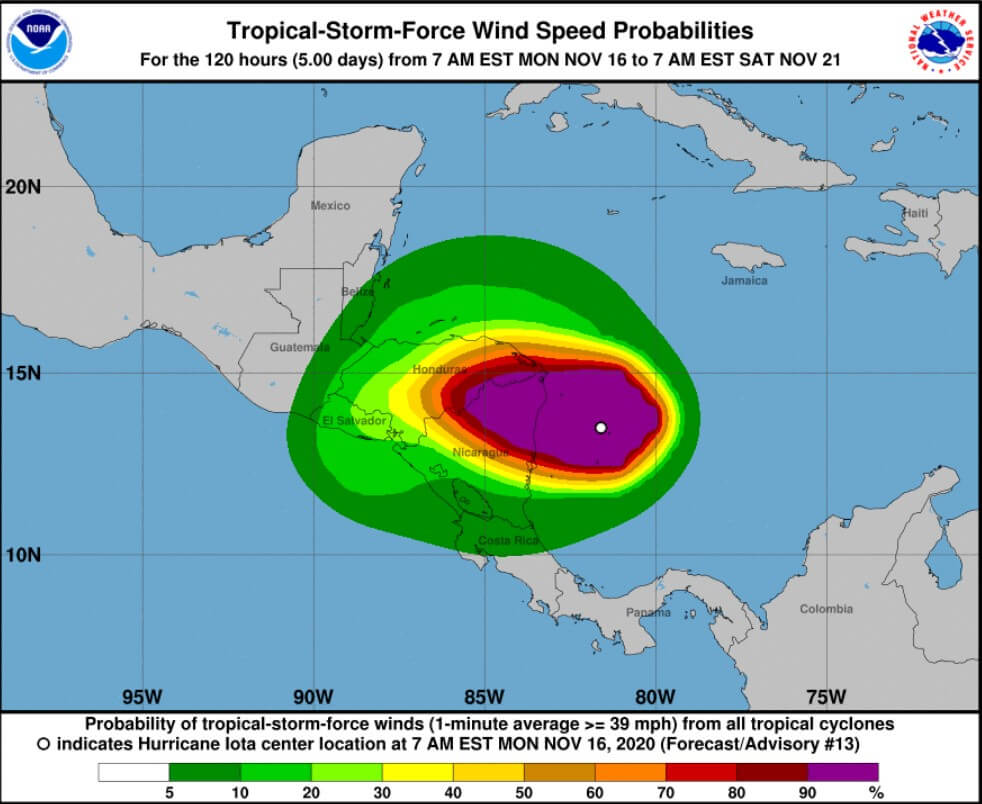 At the same time, nothing threatens the territory of the United States, meteorologists say.

As of Monday, November 16, no other named storms are being tracked in the Atlantic.

Tropical storm Teta in the eastern Atlantic Ocean on Sunday, November 15, was considered a post-tropical system, but this week may have to watch for a new tropical wave, presumably developing in the same region where Iota is now. The Hurricane Center said that by the end of the week, the system could develop into a tropical depression.

As a reminder, the Atlantic hurricane season ends on November 30.