Home In the U.S. In Arizona, a teenager took his parents' car without asking: as punishment, they distributed all his things

A family from Phoenix, Arizona, creatively punished their teenage son for taking their car without permission and driving it without a driver's license, according to his parents. Fox 10. 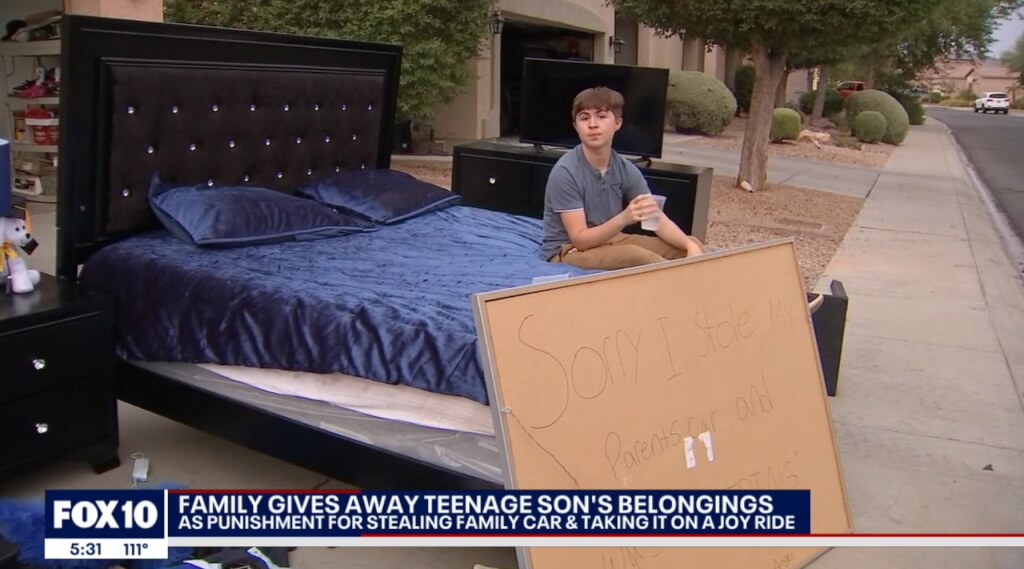 “I just wanted to drive, but I don't have a license, so I just took it,” said 14-year-old Angel Martinez. "I washed the car, and it seemed to me that I could do one circle until it dries."

Angel raced through his neighborhood in North Phoenix, disturbing neighbors as his parents celebrated their wedding anniversary in Las Vegas.

Angel's family learned of the trip after receiving a call from Phoenix police. Their son had been in trouble several times before, so there was no other choice but to put things in order.

And they did it.

On the subject: Personal experience: in the USA, even a dog can be put under house arrest

“We returned to the house. Today his room is 100% empty and we are giving away all of his belongings, ”said Ramon Martinez, Angel's father.

For several hours, Angel sat on his bed with a sign that read: "Sorry, I stole my parents' car and exceeded the speed limit." 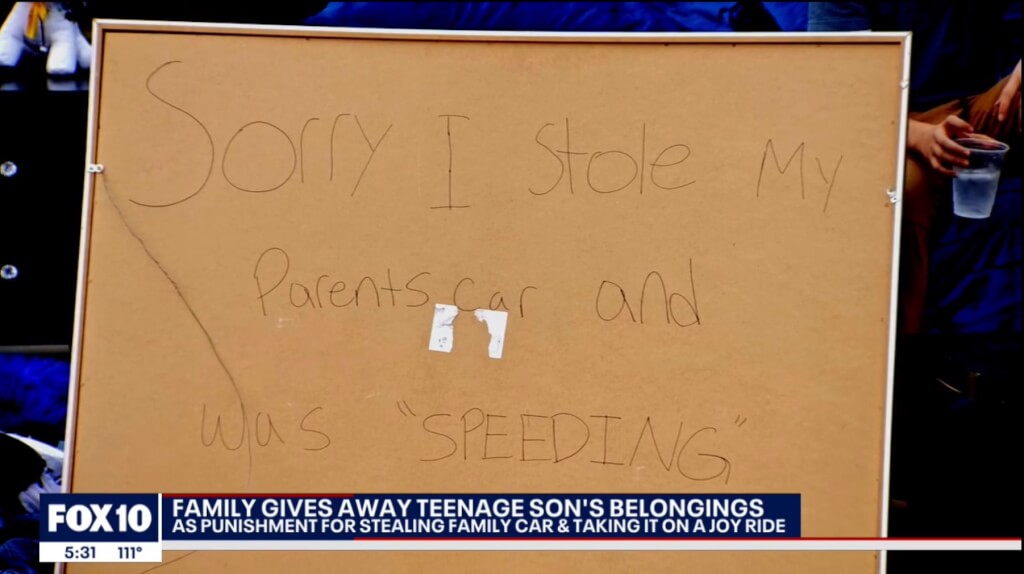 Clothes, TV and sleeping furniture were distributed free of charge. Angel's belongings dispersed as quickly as he drove the car.

“It’s necessary to apologize,” Ramon said. - We are neighbors too. He could have run over someone. Something really bad could have happened. "

While he will sleep on the floor, or maybe a little later - on the couch. The parents hope that the young man has learned his lesson.

“It's a bit weird, but I think it's a fair punishment,” Angel said.

Laptops, lunches and online lessons: how to organize home-based learning in the USA

You will definitely be surprised: 20 popular things in the world that are banned in the USA

Missouri schoolboy beats classmate: why thousands of people praise him for it