Home Incidents In Iowa, it was forbidden to swim in the lake: a brain-eating amoeba was found there

In Iowa, it was forbidden to swim in the lake: a brain-eating amoeba was found there

A beach on the Lake of Three Fires in Taylor County, Iowa, has been closed after a Missouri resident who recently swam in the lake tested positive for a brain-eating amoeba, reports Independent. 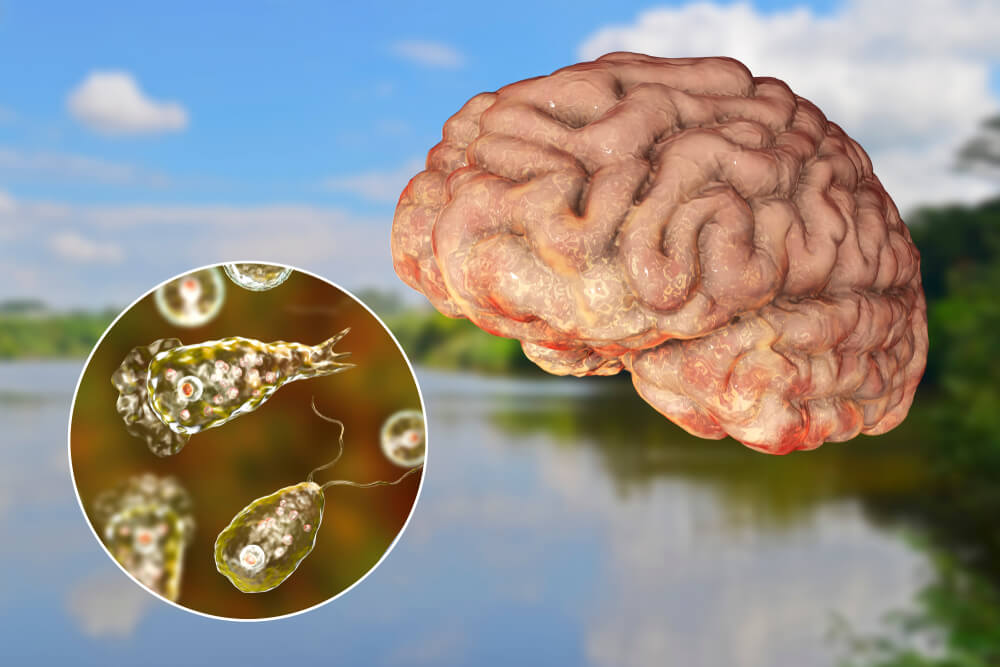 The amoeba, known as Naegleria fowleri, is a single-celled organism that lives in warm fresh water and can infect swimmers by passing through the nose to the brain. According to the US Centers for Disease Control (CDC), it causes a deadly infection there.

On the subject: Cruise during the 'plague': how the passengers of the liner were hostages of COVID-2 on the ship for 19 months

While such incidents are rare, heat-loving amoebae may be spreading further north due to rising temperatures as a result of the climate crisis.

Officials are currently testing Lake Iowa for the amoeba. As of July 7, the confirmed patient was being treated in the intensive care unit, according to the Missouri Department of Health and Senior Services.

For the most part, infection with this life-threatening amoeba is rare. From 1962 to 2021, there were only 154 confirmed cases of Naegleria fowleri infection in the US, according to the CDC.

But these few cases are extremely dangerous. The CDC notes that out of 154 people, only four survived.

The agency adds that while one drug has recently shown potential in fighting infection, there are no proven effective treatments yet.

The CDC states that the amoeba cannot be transmitted through drinking, from a properly sanitized pool, or from one person to another. The Iowa Department of Public Health (DPH) recommends covering your nose in warm fresh water and avoiding fresh water when it gets especially warm.

Cases of brain-eating amoebas may be spreading north due to the climate crisis. A 2021 study found that while the number of U.S. cases has remained largely constant since 1978, more and more cases are being found further north and in places like the Midwest, in contrast to the amoeba's typical range in the Southeast. region of the country.

The study notes that this may be due to warmer temperatures, as amoebas prefer warmer water. And while the total number of infections in the United States may not be rising, it's possible that infections are becoming more common worldwide, according to a 2020 Opinion Article in Trends in Parasitology.

“It seems inevitable that the actual incidence will increase due to climate change,” the authors of this opinion write.

The climate crisis is likely to further spread other diseases. As temperatures rise, this could increase the spread of insects like mosquitoes and ticks, the CDC warns, potentially spreading diseases like West Nile virus and Lyme disease.

In addition, a warmer climate could expand suitable habitat for fungal diseases such as Rift Valley fever, a respiratory disease common in parts of California, the agency adds.

Seafood recalled in the US: they found a substance that provokes cancer

Ugly food stores: in the US there are sites that allow you to significantly save on groceries