Main page In the U.S. 'It's terrible to live like this': a city in Mississippi is left without running water for the third week 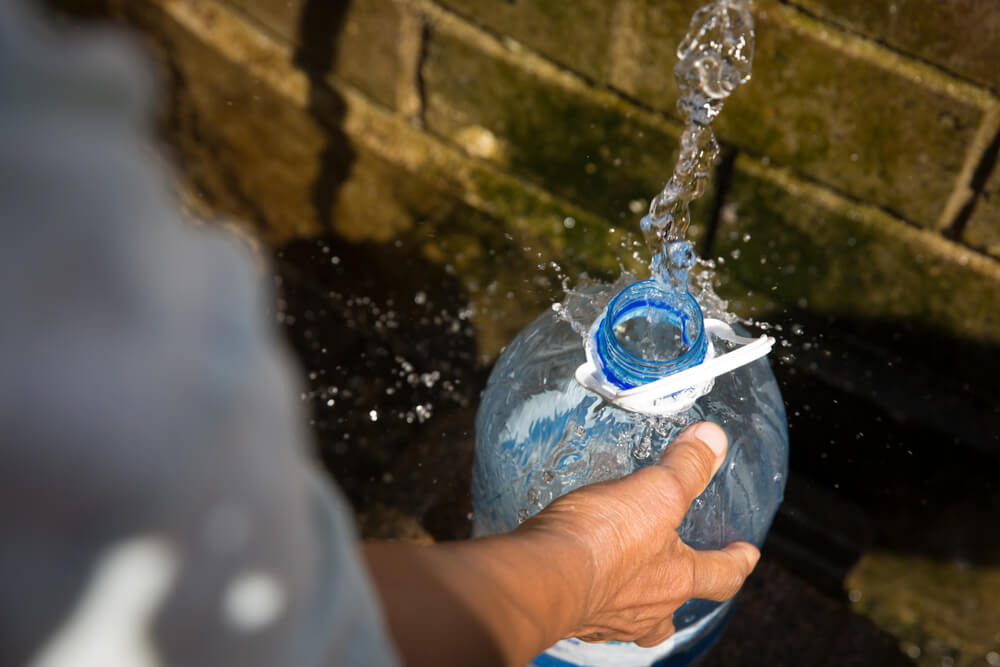 “We cannot wash, cook food, wash dishes, wash clothes. It is extremely difficult, ”said one of the residents.

After more than two weeks of no clean running water on March XNUMX, Katasha Johnson saw a slow trickle trickle from a tap at her home on Jackson's West Side.

But the brown drops have not been a relief for a family that has gone so long without water after a string of winter storms hit the city and its age-old water infrastructure last month.

Instead, Johnson and her fiancé use the melted snow and collected rainwater stored in four large refrigerators to flush the toilet. To wash dishes and hands, Johnson boils water from a tub that was filled in advance when water was available.

“It's absolutely awful to live like this,” she said.

Jackson entered the third week of a crisis that left most of the city without water as frosts devastated the south of the country. Community leaders say the disaster is not a one-off and that it has exposed long-standing issues of system failure and neglect.

Several weeks after the storms, city residents are still being asked to boil water, conserve water, and cut consumption as much as possible. People lined up at several sites distributing non-potable water or toilet flush water throughout the city. Many say they were turned down after the supplies ran out.

On the subject: $ 17 thousand a month for electricity: after the storm, Texans were billed unthinkable for a communal apartment

Jackson authorities have reported 96 major water breaches and leaks, 53 of which have been repaired, the mayor's office said in a statement.

More than half of the city's schools are closed due to lack of water; only 19 of nearly 50 public schools have reopened.

While it is still unclear how many residents are left without water, community leaders such as Rep. Ronnie Crudup say there are at least 40.

Cassandra Welchlin, co-founder of the Mississippi Women's Economic Security Initiative, a local nonprofit, said the water crisis has highlighted many underlying issues that have long plagued the community.

“It was the collapse of the system that was supposed to work for the safety of our citizens,” she said.

Jackson's population is over 80 percent black.

Welchlin said the government hasn't invested in the city's infrastructure in a very long time.

“All this is interconnected. Due to the water crisis, some families lost weeks of wages because many people were unable to work. The teachers couldn't teach because they don't have an internet connection. They have no electricity. This is a much more serious problem than meets the eye, ”she said.

Welchlin said that state and federal government intervention is necessary not only to fully address the infrastructure problem, but other problems associated with the crisis.

Several groups have spoken out in support of community members. Local organizations coordinate supplies, water and services for residents in need. They donated money for food and bill payments, arranged for water trucks, and brought in boxes of bottled water.

Despite the help, many residents had to dig into their own pockets. Kehinde Gaynor, 42, has been forced to rent three hotel rooms for the past two weeks in order to find a place with clean water for his wife and three children to bathe and wash.

According to him, many residents had to do this, and costs rose very quickly.

“The lack of water is nothing new to us. It has disappeared before, but not for that long, ”he said. "It affects the quality of our life in all its manifestations."