Home Our people Uniting for Ukraine: what states do Ukrainians fleeing the war go to

Uniting for Ukraine: what states do Ukrainians fleeing the war go to

According to unreleased figures from the Department of Homeland Security (DHS), writes CBS News, nearly 124 Americans volunteered to sponsor Ukrainians fleeing the war. More than half of those applications came from New York, Illinois, California, Washington, and Florida. 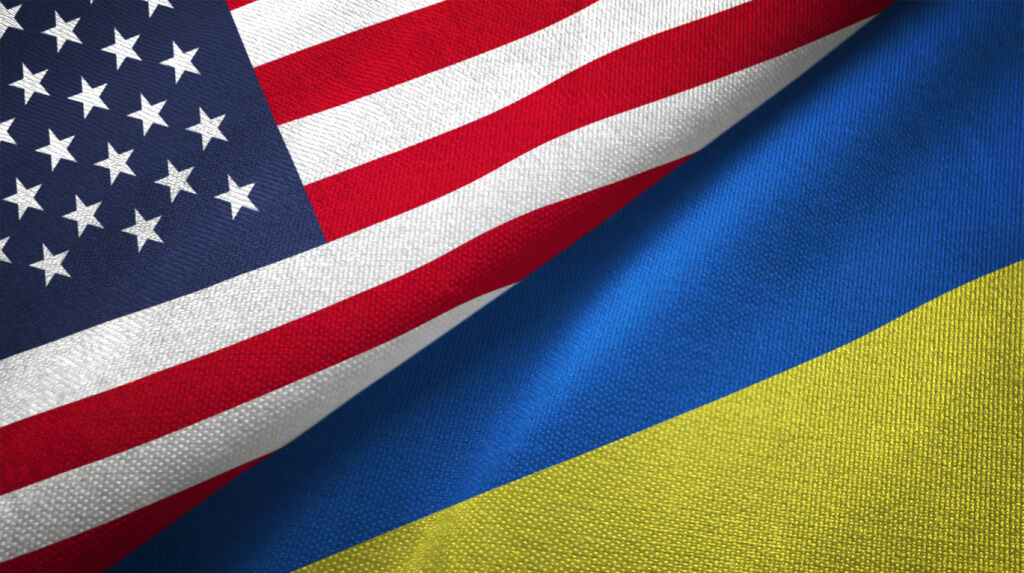 According to DHS statistics, since April 25, 123 people in the United States have applied for financial support for Ukrainian settlers through a sponsorship program created by the US government this spring. In just four months, 962 Ukrainians arrived in the United States thanks to this initiative.

As of September 9, Americans in New York, Illinois, and California have collectively submitted 46 funding requests for Ukrainians under a sponsorship policy that the administration of US President Joe Biden has called Uniting for Ukraine. Another 265 applications came from Washington and Florida, according to DHS.

If you plan to come to the states that occupy the first three places, then the links below will find various assistance programs, in particular with housing, English courses and more.

Pennsylvania, New Jersey, Ohio, Texas and Michigan round out the top 10 states with the largest number of sponsors of Ukrainian refugees. Meanwhile, 68, or 121%, of sponsorship requests came from the 55 metropolitan areas of New York, Chicago, Seattle, Philadelphia, Los Angeles, Sacramento, Miami, Portland, Cleveland and Detroit.

The concentration of sponsorship requests in a few states and cities reflects the geographic makeup of the Ukrainian-American population in the US. New York, California, Washington, and Illinois were home to 55% of all Ukrainian immigrants in the United States as of 2019. Meanwhile, the largest communities of Ukrainian immigrants have found refuge in New York, Chicago and Seattle.

On the subject: Tribunal for Putin: is it possible to achieve the responsibility of the President of Russia for the invasion of Ukraine

“It is logical that in places where there are many Americans of Ukrainian origin, there were more applications for sponsorship. Probably from family members, as well as from churches and other organizations that have always supported Ukrainians in the US,” said Julia Gelatt, an analyst at the Migration Policy Institute.

Program Uniting for Ukraine has become the main vehicle through which the US government is fulfilling President Biden's promise to take in several million Ukrainians displaced by the ongoing fighting between Ukrainian and Russian forces that invaded Ukraine in late February.

Earlier this summer, the US met Biden's goal of 100 Ukrainians through a combination of a sponsorship initiative, the admission of more than 000 Ukrainians along the US-Mexico border, and the arrival of tens of thousands of Ukrainians on temporary and permanent visas.

Tens of thousands of applications in just a few months have made Uniting for Ukraine the largest official refugee sponsorship initiative in US history. This overshadowed a government program that was shut down in the 1990s, allowing US organizations to fund the resettlement of 16 refugees.

The United States Citizenship and Immigration Services (USCIS) receives an average of more than 900 requests for Uniting for Ukraine sponsorship every day, and it reviews such cases within a few weeks. As of September 9, 87 Ukrainians have received permission to enter the United States under this program.

Whereas Ukrainians arriving in the United States under the Uniting for Ukraine program do not have traditional refugee status that allows citizenship. Instead, Ukrainians undergo a humanitarian aid process (known as a humanitarian parole), which allows them to legally live and work in the US for two years.

The Biden administration said Ukrainians are going through the password process because most of them are seeking temporary refuge from the war and intend to eventually return to Ukraine. But many of those who arrived are already settling in the United States, and it is not known when the war in Ukraine will end.

For example, the six-year-old son of Natalia Agayeva, Yegor, has already gone to a kindergarten in the suburbs of Washington. Her eldest 9-year-old son Artem also recently started school. Agayeva landed her first job with a local refugee resettlement group that helped her family settle in Washington.

“Our children are now sleeping peacefully. They don’t wake up from air raid sirens,” Agayeva said. “I am very happy to see that our children like it here, that they enjoy life.”

Agayeva fled her home near Odessa with her mother, husband and two sons after Russian troops invaded. They fled to neighboring Poland, where they lived for several months. Shortly after the introduction of the Uniting for Ukraine program, Agayeva's sister Yulia Wald, a US citizen and a police sergeant in Everett, Washington, applied to sponsor them.

Agayeva and her family arrived in Washington on June 23, where the Refugee and Immigrant Services (the organization she now works for) agreed to temporarily help them rent a townhouse in Arlington. The group also offered the family English courses, furniture and daily necessities.

Tatyana Sibiryakova, 63, mother of Agayeva and Wold, said she felt welcome in the US. The locals hugged and supported her when they found out that she was from Ukraine.

“We have not met a person who would be indifferent to the war in Ukraine,” Sibiryakova said.

She is grateful for her access to health care in the US. Although they do not have refugee status, Ukrainians arriving under the sponsorship program are entitled to certain refugee benefits, such as medical care and employment. However, they have no path to US citizenship.

Like tens of thousands of Afghan refugees, Ukrainians who decide or are forced to stay long-term may find themselves in legal limbo unless Congress grants them permanent status.

“We see again and again in the US that immigrants expect to stay here temporarily. But the longer people spend in the country, the deeper their roots grow and the more likely they are to stay here forever,” Gelatt explained. “It seems very likely that even if the war ends and Ukraine continues to rebuild, many Ukrainians will want to stay in the US.”

Wald, who was born in Ukraine and moved to the US in the early 2000s, knows that their legal permission to stay in the US will expire in 2024. But she said it would still be difficult for them to return to Ukraine as they already forge close ties with the US.

“The thought of potentially returning to a war-torn country that is in ruins is heartbreaking,” Wald explained.

Modern 'solvers': who are trouble shooters and why they are paid up to $100 per hour

A simple hack to make your iPhone run faster