Home At home 'Smart, honest, decent people are no longer needed in Russia': IT specialists and scientists are leaving the country

'Smart, honest, decent people are no longer needed in Russia': IT specialists and scientists are leaving the country 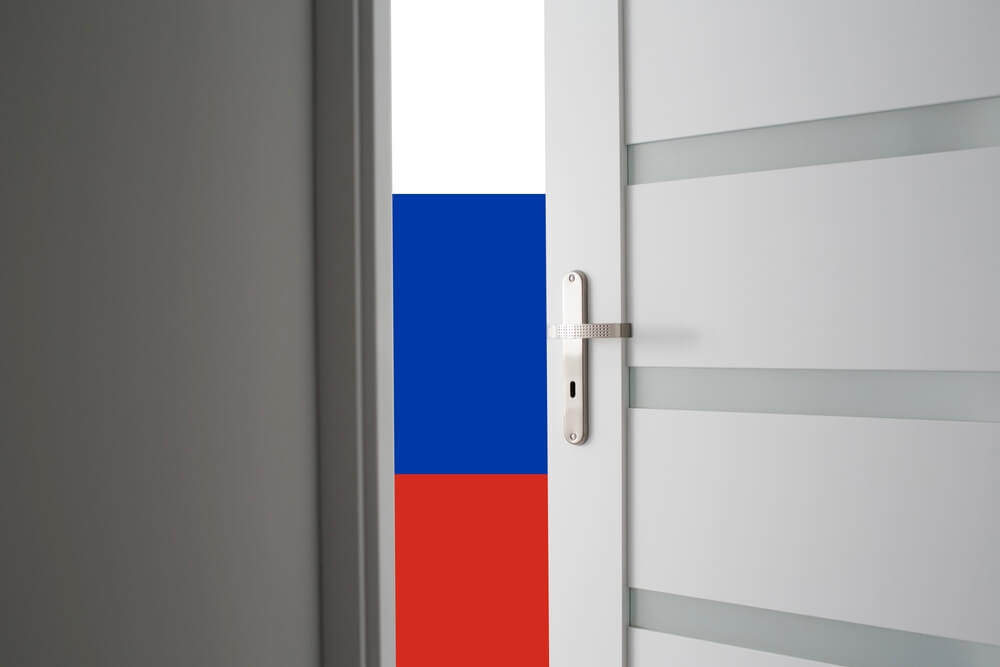 This has accelerated the exodus of business talent and further threatens the economy, which has been hit by Western sanctions.

According to polls, economists and interviews with emigrants, technical workers, scientists, bankers and doctors are leaving the country. They ship to other countries including Georgia, Armenia and Turkey. Others are expected to follow.

A mid-March survey by OK Russians, a non-profit organization helping people to leave the country, showed that about 300 workers had left since the war began in late February. Although there are no exact estimates of the number of people leaving Russia, some economists have come to similar conclusions about the scale of the outflow. According to Rosstat, about 000 people left Russia in 2020.

On the subject: The US Embassy returned to Kyiv: the date was chosen symbolic

“People who either leave or are about to leave are highly educated and usually young,” says Elina Rybakova, deputy chief economist at the Institute of International Finance. "It's your most productive part of the workforce that is disappearing."

The European Bank for Reconstruction and Development, a leading regional development bank, expects the Russian economy to contract by 10% this year.

“Of course, this mobility of workers continues and may even accelerate, but the government has already taken action,” Kremlin spokesman Dmitry Peskov said recently.

The outflow of the labor force is a small part of the 145 million people from Russia. Putin's approval rating in Russia has risen since the invasion of Ukraine began on Feb. 24 to 83% in March from 71% in the previous month, according to the Levada Center. Levada also found much more support for the war among older respondents than among younger Russians.

The technology industry, until recently one of the fastest growing sectors of the Russian economy, has already lost between 50 and 000 workers, according to data presented by the Russian Association for Electronic Communications at a State Duma committee meeting on March 70. Another 000 people are expected to quit in April.

The Russian tech industry employs about 2021 million people, or about 1,3% of the country's workforce, according to an October 1,7 US International Trade Administration survey.

Many people who leave take their business with them. In recent weeks, some top managers of public and private companies have quit.

Sasha Kazilo, co-founder of Funexpected, a startup that develops apps to help preschoolers learn math, recently left Russia for Paris. She took her family and business with her. She added that about 15 of the company's developers have already left or are in the process of moving.

When the war started, she thought, "It was a nightmare and we needed to wake up." After her husband, Leonid Rybnikov, was jailed for 13 days for putting up anti-war stickers in their area, they decided it was time to leave. They have friends in Paris, and her husband has a research job.

“Perhaps, before the war, I had an illusion that everything could change in Russia and we could build our company there,” she said. "I can't imagine it anymore."

Andrey Panov announced that he had resigned from the post of Deputy General Director of PJSC Aeroflot - Russian Airlines, the state carrier. He left 10 days after the invasion began.

“I decided it was simply impossible to work for a state-owned company,” he said from Israel, where he currently lives. “The country has changed in just one week.”

Yelena Bunina, CEO of Russian technology company Yandex, said in a post on the company's internal forum that she had left the country for Israel. Two Yandex employees familiar with the situation confirmed the report published by Russian media.

“I cannot live in a country that is at war with its neighbors,” Bunina wrote.

According to several people at the company, dozens of Yandex employees, including programmers, left Russia and continued to work for the company in other countries.

Yandex, classifieds site Avito, commercial bank Tinkoff and software company DataArt have collectively deployed more than 1000 employees to Turkey, according to people familiar with the matter. Yandex said it offers the option to work remotely and that some employees work from different locations. DataArt said it was leaving Russia and expects several hundred more employees to leave the country by the summer.

Those who study Russia say the pace at which people are leaving has not been seen since the 1917 revolution, when millions of Russian nobles and educated upper-middle class fled the nascent communist state. Several million Russians left after the collapse of the Soviet Union in 1991.

“The initial exodus happened within a few weeks — we haven’t seen such a concentrated wave of emigration from Russia for over 100 years,” said Konstantin Sonin, a professor at the University of Chicago. He said he regularly receives messages from friends in Russia who have crossed the border.

The departure after the invasion marks a new chapter in the exodus of professionals from Russia over the past decade. Emigration, especially among young people and the well-educated, increased after Putin's third presidential term began in 2012, and after the annexation of Crimea from Ukraine in 2014, Western sanctions were imposed on Russia.

Polls of Russians showed that the average age of those who left is 32 years old, and 80% have at least some higher education. Just 3% said they planned to return to Russia in the coming months, and about a third were undecided. They cited their rejection of the war, fear of reprisals, and lack of economic prospects as the main reasons for their departure.
About 50 Russians arrived in Armenia in the first month of the invasion, and more than 000 Russian companies moved there, about three times the number of businesses displaced during the same period in 250, according to Hovsep Patvakanyan, chief executive of consulting firm Invest in.

President Biden, in his March 26 speech in Warsaw, said the exodus from Russia was "an enormous brain drain in such a short period of time."

Others are still in Russia waiting for visas, job applications or the end of the school year. According to recruiting data provider HeadHunter, about 40% of Russian IT job candidates are considering moving abroad. A Facebook group called "Time to get out" has around 230 members discussing topics like finding flights, getting documents, and transferring money abroad.

Kirill Rozhkovsky, a Moscow-based entrepreneur, plans to leave and build his next startup abroad. He said the Russian market has shrunk, foreign investment has dwindled, and access to foreign technology has disappeared. He added that even the exchange of ideas has become much more limited.

“The only answer is to go to a country where all this is not,” Rozhkovsky said.

According to the head of the school, Sergei Fedorov, at the St. Petersburg Open Business School, departures have led to a reduction in the number of students. So far, only eight students have registered for the private school's first-year MBA course, which begins in May. According to him, this is less than in a typical class of about two dozen people.

“There will be no demand for us,” he said. “Before the war, we had big plans for growth. Now we have to give them up."

Among the runners are some of the best doctors in Russia. Alexander Vanyukov, who headed the surgical department of the Moscow Clinical Hospital No. 52, one of the capital's main centers for Covid-19 patients, left Russia for Latvia with his family a week after the start of the war.

He said he and several other doctors who left were hesitant about leaving, given their responsibilities to patients and colleagues. But the Russian authorities made the decision for them.

“Smart, honest, decent people are no longer needed there,” Dr. Vanyukov said over the phone from Latvia. “In the situation in which Russia finds itself, they are not only unnecessary, but their presence is counterproductive.”

'Answer like an adult': the head of Roskosmos threatens Elon Musk

Urban Dictionary added another word related to the war in Ukraine, and it's not exactly censored

'A slight gleam of despair' and accusations against the United States: how the Victory Day parade in Moscow went