Vladimir Etush dies: he was the world's oldest working actor

In Moscow at the 97 year of life, Soviet and Russian actor Vladimir Etush died.

This was stated by the director of the Vakhtangov Theater, where the artist worked, writes with the BBC.

“Vladimir Abramovich died today (March 9) at 12:30 (Moscow time) in the hospital where he was taken the day before, on Friday,” said the theater director Kirill Krok.

Etush will be buried in the Novodevichy cemetery, farewell to the artist will be held on March 12 in the Vakhtangov Theater.

In all likelihood, at the time of his death, he was the world's oldest working actor. According to this indicator, only the Russian artist Vladimir Zeldin, who was listed in the Guinness Book of Records, bypassed him, died in October 2016 of the year at the age of 101, and continued to work almost until his death.

Actors such as Etush are called in the professional language “harаctern ”(with stress on the second syllable).

He was a master of grotesque and parody. Usually he was offered to play not heroes, but mercenary and cunning subjects, who consider themselves unsurpassed rogues, but trapped and causing laughter. In this role, he achieved perfection and glory.

The most famous film roles of Vladimir Etush: Saakhov in "Prisoner of the Caucasus" and the dentist Shpak in "Ivan Vasilyevich changes his profession" by the great comedian Leonid Gaidai.

Probably, every resident of the countries of the former USSR, especially over 40 years old, at least once for some reason uttered, copying unforgettable intonations, the phrases “I swear, I did nothing, I just entered” and “and we are still fighting for the title of a home of high culture of everyday life!” ...

After the overwhelming success of the “Caucasian Captive”, the previously little-known 45-year-old artist, as they say in such cases, woke up famous.

Etush was afraid that the fellow countrymen would be offended, but their reaction was unexpected.

“Friends warned: they say, Caucasians and can beat. And I came to the market, so they almost began to wear it on my hands. They surrounded us from all sides and began to vie with each other. Although, as I understand it, the Azerbaijanis believed that Saakhov was an Armenian, the Armenians - that an Azerbaijanian, the Georgians also took him clearly not for their own ... And everyone was pleased. Especially me! ”- Etush recalled in his memoirs.

Etush's other notable films include engineer Bruns in 12 Chairs, Karabas-Barabas in The Adventures of Pinocchio and the cunning magician Malgrim in June 31st.

In total, Vladimir Etush played 36 roles in the cinema, from the Turkish pasha in the 1953 film “Admiral Ushakov” to Prince Sokolsky in the film adaptation of Dostoevsky's novel “The Teenager” (2017). In the theater he had 59 roles, not counting television performances and entreprise. 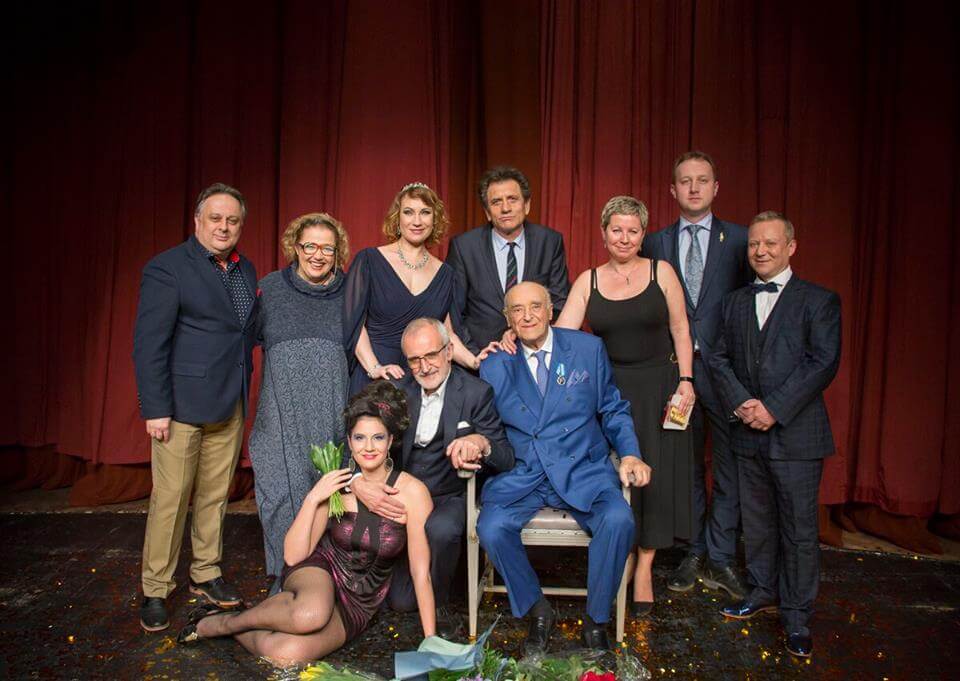 The future actor was born in Moscow on May 6, 1922. His father, a native of a Belorussian town, was a Nepman, was engaged in haberdashery trade. After the “great turning point”, my father served a year and a half, the mother had to go to work, and neighbors were moved into a four-room apartment.

Since childhood, Volodya was considered an "artist" among his comrades, participated in school amateur performances and early began to dream of art. He was deeply impressed by the fact that the classic of Russian drama Alexander Ostrovsky lived next to their house.

The young man wanted to become a director, but he failed in the exams at GITIS and entered the Shchukin School at the Vakhtangov Theater, where the actors were trained. Such a step was advised by the main director of the theater Ruben Simonov, with whose niece Etush had a youthful platonic romance.

With the beginning of the war, the student was asked to volunteer for the army. As an educated person, I got into the courses of military translators, but as a result I became an occupant. He served as deputy regimental chief of staff for the rear, however, judging by the award lists, he also had to go on the attack.

Fighting in the North Caucasus, he learned to parody the local accent and facial expressions, which, according to him, subsequently helped in the work on the role of Saakhov.

In 1943, in the Zaporozhye region, Lieutenant Etush was seriously wounded. Rising to his feet, he returned to "Pike", in 1944 he made his debut on the Vakhtangov stage as an unnamed officer in the play "Mademoiselle Nitush".

Etush is a holder of eight orders (two for the war and six for his contribution to culture), winner of 10 prestigious awards, including the "Crystal Turandot" and "Golden Mask".

On the eve of the 95 anniversary, Vladimir Etush said that he was not satisfied with life and work.

“Although I am People's Artist of the Soviet Union, laureate of State and other awards, I am still hungry. I didn't play everything that I could play. I've always lacked good roles, ”he confessed. 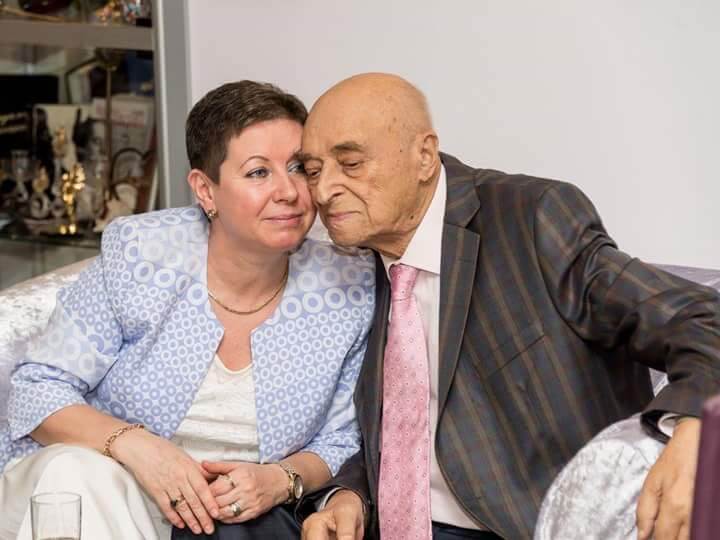 The most famous phrases of the heroes of Etush

But the viewer remembers many of his good roles and dismantled many of them into quotes. Edition МК suggests to recall the most striking statements of the heroes of Etush, who have become catch phrase.

2. “In general, it’s like this: I’m now two ways out of this house - either I’m taking her to the registry office, or she’s leading me to the prosecutor.”

4. - Twenty-five sheep at a time when our area has not fully settled with the state on wool and meat!

- And you do not confuse your personal wool with the state!

- And I, by the way, comrade Dzhabrail, are here and put in order to observe the state interests! Sit bye. It means so. Twenty sheep ...

5. - As our wonderful satirist says, Arkady Raikin, a woman is a man's friend!

2. “You know what, my wife is sick too!” Your lungs are not fine. But we on this basis do not demand that you sell me your jacket ... for 30 kopecks!

2. - And me, Zinaida Mikhailovna, was robbed. The dog with the police promised to come

4. - This role is abusive, and I ask it not to apply to me! My God, well, and we have a house! They either rob them, call us names ... and still fight for the honorary title of "house of high culture of life" - this is a nightmare, a nightmare!

6. - Hello, the police? Police? This is what Shpak, now robbed, says ... and I am not about theft - we have a cleaner job here - Timofeyev, an engineer, called a living king to his apartment! .. I am a non-drinker ... With a dagger! Cold weapon! .. I give an honest noble word.

7 come from Ukraine, who created the American cinema

Death is not on the screen: famous actresses who have become victims of murderers