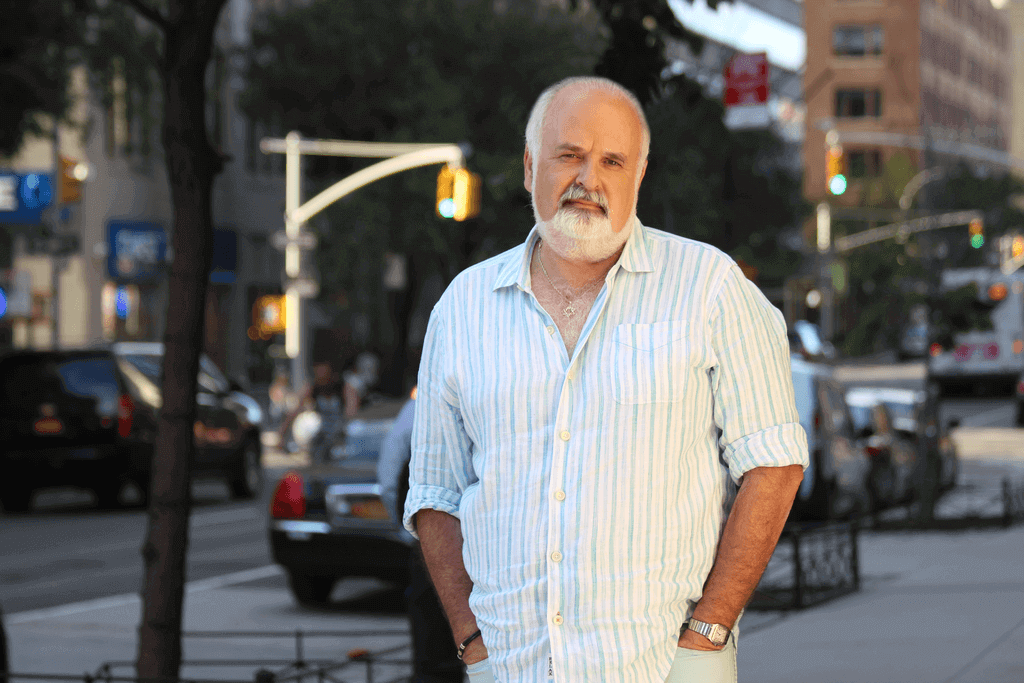 10 January, a Russian-American journalist, director, television and radio host, and regular contributor died in New York ForumDaily Victor Topaller. As confirmed ForumDaily his producer, Victor, died of transient lung cancer, which he was diagnosed only a few months ago. This year, Victor Topaller was to celebrate his 60 anniversary, writes RUNYweb.com.

Victor Topaller was born on July 13 1958 in Moscow in the family of Alexander Viktorovich (born September 30 1930) and Lyudmila Zalmanovna (October 19 1929) Topaller. After graduating from school, he entered the acting department of the Shchukin School, after the first year he transferred to the theater directing department at GITIS. In 1981, he graduated from GITIS with a red diploma in the specialty “director”.

He worked in the Moscow Concert and the Rosconcert in his specialty, staged pop shows, drama and music performances, held festivals in Moscow, Leningrad, Riga and the Far East. For many years he collaborated with Valery Lyovushkin and the Bim-Bom ensemble. He starred in episodic movies.

In 1989, together with Anatoly Trushkin, he wrote the script and staged the pop play “Bird Market” with Leah Akhedzhakova in the lead role, which was his last work in the USSR.

In 1990, he and his family went to Israel, where he worked as a director at a theatrical school and wrote articles to the newspapers Sputnik, News of the Week, Globus, Time.

From 1993 to 1995, the year went under contract to Belgium. He directed several productions in show business, including a performance in French, in which Moscow and Belgian actors took part. He received several offers to work in the specialty in England and France or to stay in Brussels, but in 1995 he returned to Israel, where he became the host of Russian-language programs of the National Israeli Television: the social-political program Racurs and the talk show Visaiv with Victor Topaller. the members of which were prominent representatives of culture and politics.

After returning to Israel, Victor Topaller continued to work as a journalist in various local publications: in the newspaper "24 hours", then in the newspaper "Our Country". He created the newspaper "Russian Israeli", in which he led several headings and was deputy editor-in-chief. As a director, Topaller staged in Geykhal ha-Tarbut a theatrical and concert performance “Nowhere to go,” dedicated to the 5th anniversary of Russian aliyah 1990 of the year, and then the International Festival of Humor in the Sports Palace Yad Eliyahu. He published an adventure-adventure detective novel “Russian Bullet for Yitzhak Rabin”.

In 2000, he was invited to work in the United States on the Russian-language TVR channel and received a residence permit under the program "extraordinary person»For outstanding achievements in journalism. Subsequently, Topaller became an employee of the largest in America, the Russian-language TV channel RTVi.

Simultaneously with work on television, he collaborated with the Russian-language radio stations of America: first with the “Wave of the People”, then with the radio “New Life” (hereinafter “Everything”). In the Jewish World newspaper, Topaller led his Rikoshet column and wrote articles for the Russian-language newspaper Our Canada. The publishing house "Slovo" published a collection "Full Shalom", which included articles, essays, stories about the author's impressions about life in Israel.

In 2008, in New York, in the theater “Khaverim”, he staged a play by the Israeli writer Efraim Kishon “Ktuba” (“Marriage Contract”) (translated into Russian by Mariana Belenky).

Until recently, Victor Topaler worked as a radio host on the radio. Davidzonwhere he led three programs: the author's program “Full Shalom”, devoted to various aspects of relations between America and Israel (together with the former Vice-Mayor of Jerusalem Larisa Gershtein); author's socio-political program "Ricochet"; the author's music program “Top Parade with Victor Topaller”, which features 1960-1980-s hits and stories about performers and authors of Soviet songs, many of whom are personally familiar with the presenter.

From 2008 to 8 in May 2017 of the Russian-language TV channel RTVi weekly published a half-hour author's program by Topoller, “American literacy campaign”, conceived as a series of programs on various aspects of the cultural, political, economic, scientific life of the United States and their history. Earlier on the same channel, Topaller's program “Point of View” and “Crossroads” were aired.

Also on RTVi from 2000 to 15 in May 2017, Victor Topaller led the popular authoring program “In New York with Victor Topaller”, where over seven hundred musicians, writers, actors, directors, politicians have been in 17 for years.

Victor Topaller: How did 18 end my years on RTVI?