In a Moscow hospital at the age of 80, singer and State Duma deputy Iosif Kobzon died, confirmed with the BBC the representative of his wife. The peak of glory of Kobzon fell on 1970-80-s. He was the face of the Soviet stage and a symbol of the era, yielding in popularity except to Alla Pugacheva. 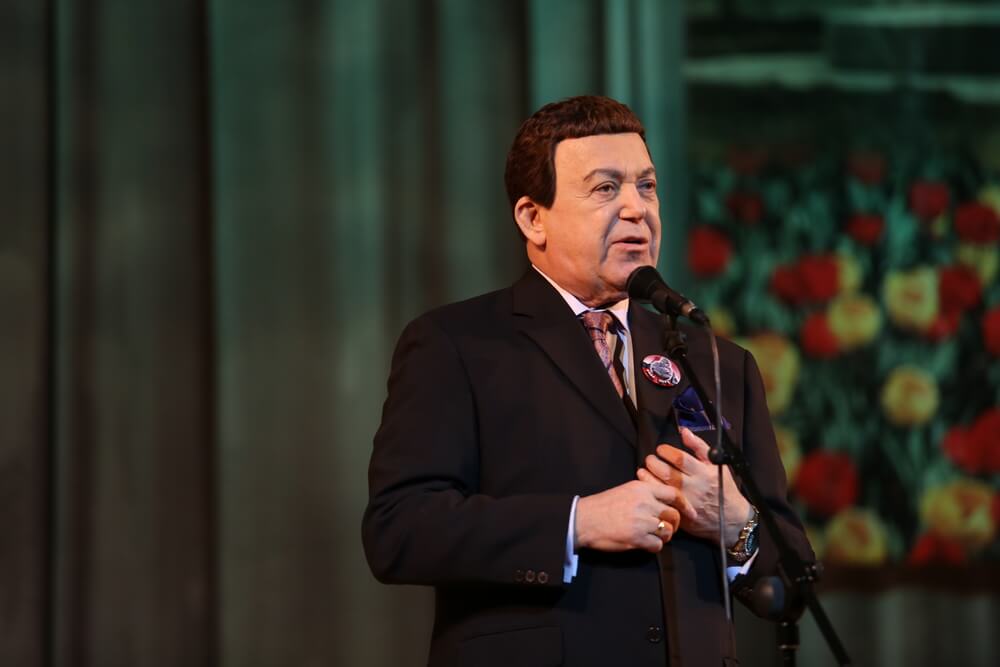 During his 60-year career, Kobzon performed about three thousand songs - from the first fame that brought him “And in our yard” to “Russian field”, “I love you, life”, “Ballad of paints”, “Moments” and “Where far away ”from the movie“ Seventeen Moments of Spring ”.

The favorite of the public, colleagues and authorities

Kobzon had a powerful lyric-dramatic baritone and excellent diction. Intonational expressiveness allowed him to sound both pathetic and sincere.

He had an enormous capacity for work and did not know the concept of “creative crisis”.

Unlike many celebrities of that time, who allowed themselves an easy front and independent behavior, Kobzon was always and in everything a model Soviet person.

These factors led to the colossal demand for Kobzon. Almost no festive concert, “blue light” and “Song of the Year” program could do without him. His voice was constantly heard on television and radio.

The world of art is generally unfriendly. But Kobzon was broad-minded, got along with all, had many friends, whom he willingly helped.

His omnipresence did not evoke angry envy, but good-natured teasing. As in Vysotsky's song about television: “Everything at home - the most complete overview: rest in the Crimea, hurricane and Kobzon”.

By the way, Kobzon was on excellent terms with Vysotsky and organized his funeral, although, according to Joseph Davydovich, they were "at different poles."

From Stalin to Putin

Congratulating the singer on his 80 anniversary, Vladimir Putin recalled the old joke and presented the hero of the day with a bronze statuette of a bison. 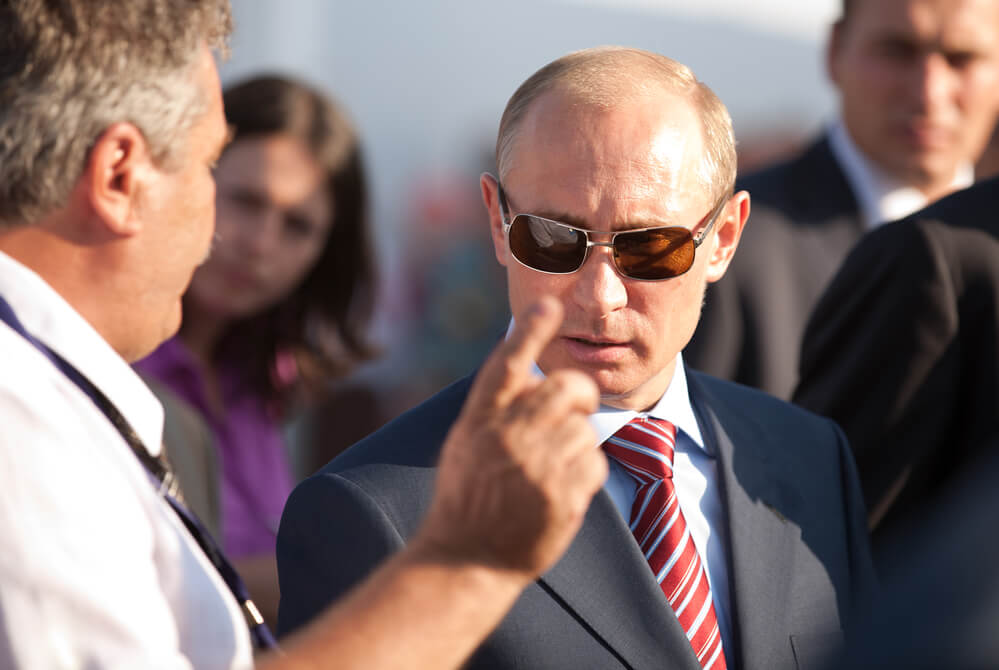 And at the age of nine, Kobzon was honored to perform in the Kremlin in front of Stalin: he won the regional competition for young talents and got to the all-Union final concert. Performed the song "Migratory Birds Are Flying".

The small participants were warned not to stare at the leader who was sitting in the box, but Osya could not resist and remembered the white and gold marshal's coat for a long time.

Iosif Kobzon 11 was born on September 1937 of the year in the small town of Chasov Yar in the Donetsk region. His first memory was the evacuation to Uzbekistan.

Grew up without a father who returned from the war to another family.

At the insistence of his mother and stepfather, he acquired a "serious profession" - he graduated from a mining college. But in the army he immediately ended up in the district song and dance ensemble, then entered the Gnessin Institute.

He performed at various venues in Moscow. A great career began in 1964 with victories at the All-Union Variety Art Competition and the song festival of socialist countries in Sopot, Poland.

He participated in national concerts with Lydia Ruslanova, Claudia Shulzhenko, Leonid Utesov and Mark Bernes, who, according to him, learned a lot.

The young artist jokingly called Ruslanova “lady”, and she called him “iris”.

Kobzon's concert in honor of his 60 anniversary began at seven in the evening and ended on the next morning at 05: 45.

The singer several times announced the completion of creative activity, but then returned. He gave his last big solo concert on the day of his 75 anniversary, but from time to time he continued to perform.

In 1973-1991, Joseph Kobzon was a member of the CPSU. He sang at "Komsomol construction sites", on Damansky Island after the Soviet-Chinese armed conflict in 1967, in the Chernobyl zone, and flew to Afghanistan nine times.

In the new Russia, he belonged to a conservatively nostalgic camp, although, judging by the statements, he yearned not so much for the Soviet system, as for the single state. Many and emotionally regretted the collapse of the USSR, warmly welcomed any integration movements in the post-Soviet space. 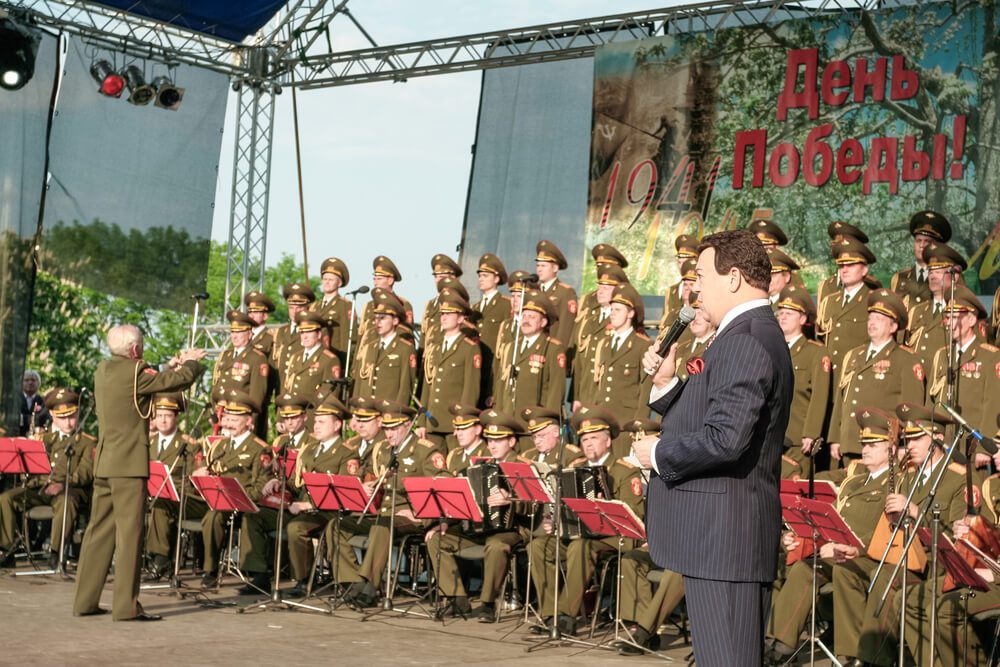 Since 2007, he has been a member of United Russia. He was a deputy of the State Duma of six convocations, head and deputy head of the parliamentary committee for culture, one of five representatives of the creative intelligentsia who received the title of Hero of Labor of the Russian Federation.

During the tragedy, "Nord-Ost" entered the building seized by the militants, managed to negotiate the release of a woman and three children from among the hostages.

In 2014, he supported the Russian annexation of Crimea, later received a passport and the title of "Hero" from the so-called DPR, and spoke about the policy of Ukraine in harsh terms. I fell under the sanctions of Ukraine and the European Union.

Kobzon has been denied a US visa since 1995 due to his relationship with some Russian businessmen, whom the US authorities considered to be the bosses of organized crime.

Since 2002, Joseph Kobzon struggled with cancer. He underwent several operations, fell into a coma, but during periods of remission, he again performed on the stage and led an active social life.

In 2009, five days after another operation in a German clinic, he sang live at the New Wave festival in Jurmala.

“He has such strength of character, such willpower and such a desire for life that he outwitted death,” said Larisa Dolina, a singer who knew Kobzon well then.