George Herbert Walker Bush, 41 President of the United States, passed away on November 30, 2018, at the age of 94 years. The politician died at his home in Houston, Texas. 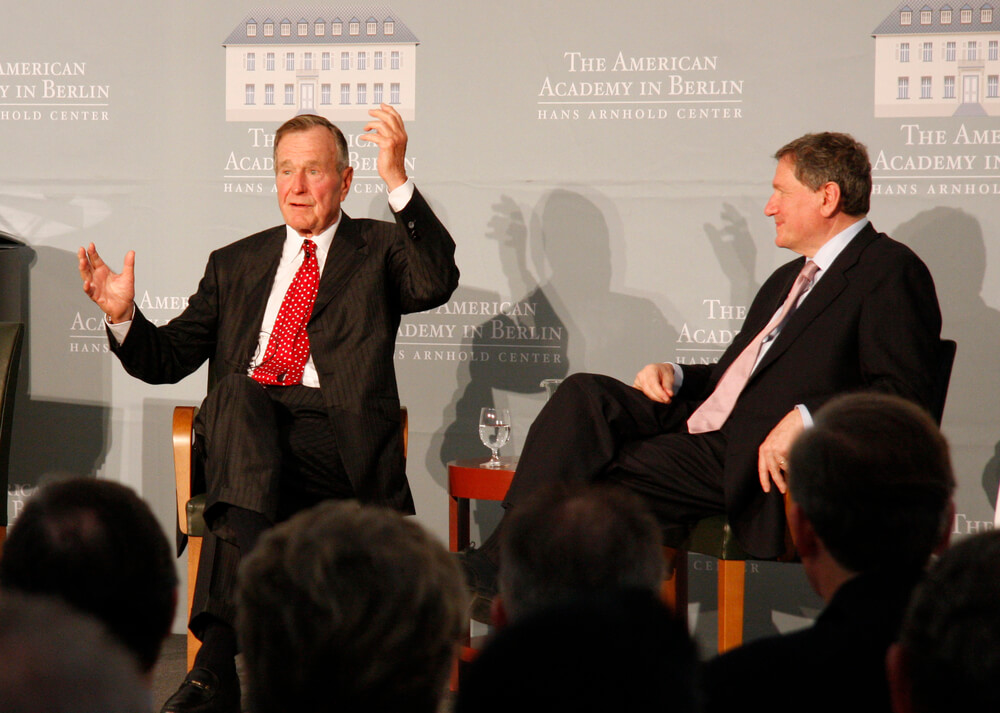 George W. Bush was the last president of the country to represent the "great generation" of WWII veterans: Bush was a pilot and once was on the verge of death during the fighting in the Pacific, writes “Voice of America".

Throughout his life, Bush Sr. was one of the leaders of the Republican Party. He has held a number of important government posts - he was a congressman, ambassador to the UN, director of the CIA and vice president in the Ronald Reagan administration.

As a result, he became the head of the White House. Bush Sr. led the United States in the turning point of the end of the Cold War and the collapse of the Soviet Union. Bush decided to use military force against the regime of Saddam Hussein, whose troops occupied Kuwait: the military operation was successful.

Despite success in the international arena, Bush Sr. turned out to be a one-time president. Due to the difficult economic situation and unpopular tax increase, in 1992, he lost the election to Democrat Bill Clinton.

George W. Bush became the founder of a political dynasty - later his son and full namesake was elected president of the United States.

The White House announced December 5 as National Mourning Day to commemorate the late President. A spokeswoman for the presidential administration, Sarah Sanders, said that the current head of the United States, Donald Trump, will attend the Bush funeral at the National Cathedral in Washington.

“George W. Bush was a man of strong character, the best father any child could dream of,” his son, 43rd US President George W. Bush, described his father.

Donald and Melania Trump praised the 41st president's ability to inspire "generations of his compatriots to serve the state - to be, as he put it," thousands of rays of light, "bringing dignity, hope and opportunity to America and the world." Donald and Melania also mentioned in the obituary the role his family played for the former president, "especially the love of his life, Barbara." The wife of the late president passed away in April this year at the age of 92.

The 44th US President Barack Obama and his wife Michelle issued a joint statement in connection with the death of Bush Sr. It says: "Bush's life was proof of the assertion that public service is a noble and bright calling."

“Few Americans have been able to ... achieve the results that President Bush has achieved by serving the interests of the United States and enjoying his work,” former US President Bill Clinton and his wife Hillary, the former Secretary of State, wrote in an obituary.

A statement in connection with the death of Bush elder was also released by Mikhail Gorbachev, the former president of the USSR. Bush and Gorbachev held talks in 1991, shortly before the collapse of the Soviet Union, signing a landmark agreement to reduce the nuclear arsenal of both countries.

“I have a lot of memories with him: we had a chance to work together during the years of great changes. It was a dramatic time that required enormous responsibility from everyone. The result was the end of the Cold War and the nuclear arms race, ”wrote the 87-year-old Gorbachev.

Interesting facts from the biography of the deceased president

How inside looks like a presidential plane. A PHOTO. VIDEO

What is the role of US Vice Presidents