Home In the U.S. Armenian diaspora in Glendale has renamed the street in honor of Nagorno-Karabakh

In the city of Glendale, Los Angeles County, one of the streets was renamed to Artsakh Avenue. This is an important event for the Armenian diaspora: the Armenians of the whole world call the unrecognized Republic of Karabakh the Artsakh. 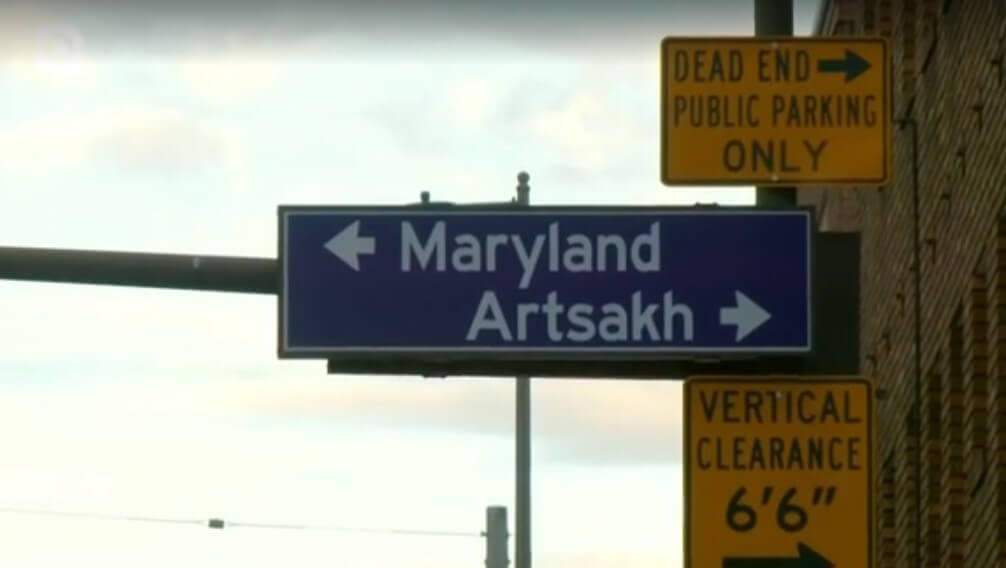 Despite the fact that the Glendale City Hall unanimously voted to rename the street, not everyone liked this idea. The Azerbaijani authorities spoke against her, saying that Nagorno-Karabakh is their territory, says Voice of America. 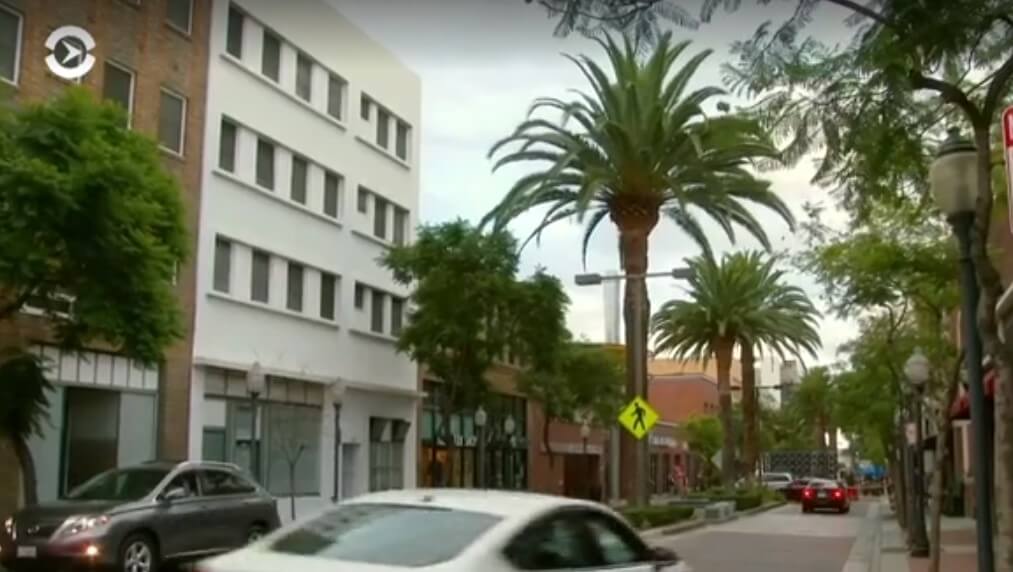 Artsakh Street in the heart of Glendale, the most populous American city with Armenian migrants, is a three-block stretch of former Maryland Avenue. For several years Vilen Khachatryan, together with the “United Young Armenians” public organization, collected the necessary documents, proving the importance of this renaming.

"Artsakh embodies freedom and everything that is connected with the Armenian people, so we decided that Artsakh Street should be in Glendale, a city where so many of our compatriots live." 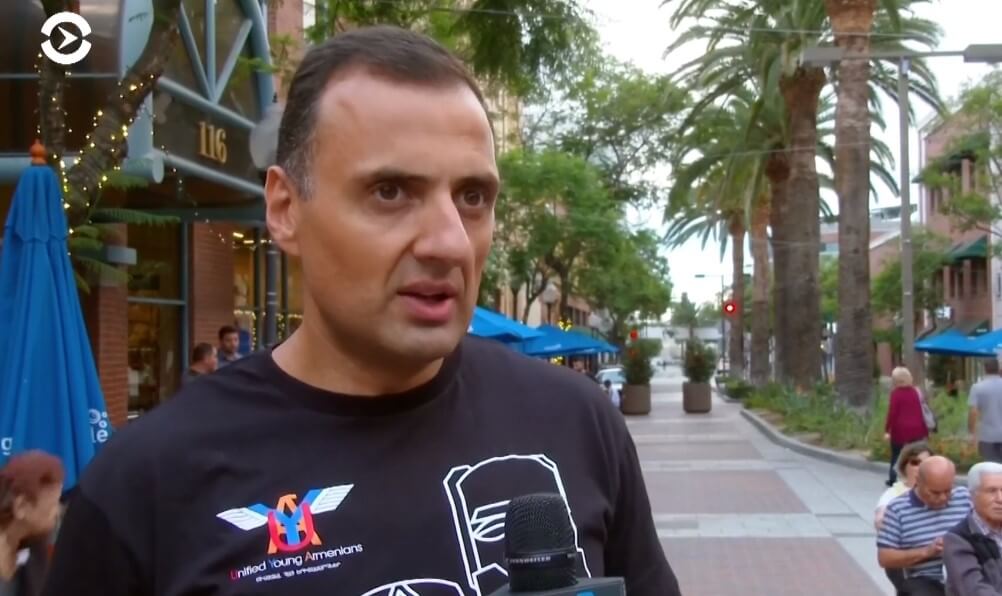 The Artsakh Armenians of the whole world call Nagorno Karabakh. In the spring of this year, the Glendale City Hall voted unanimously to rename the street. But this idea didn’t please everyone. 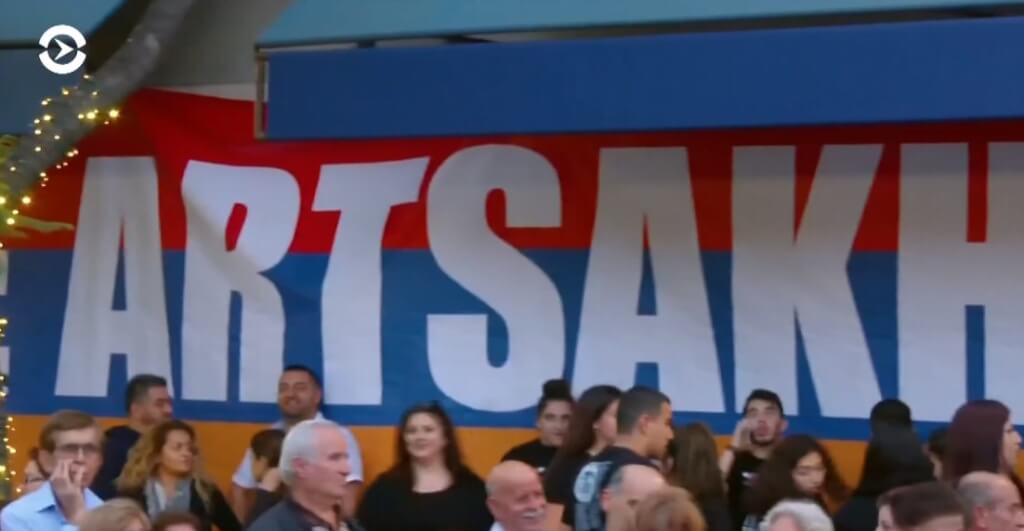 “The leadership of Azerbaijan was against it for obvious reasons, the consulate, they sent a letter, telegrams ...”, says Khachatryan.

In his letter to the California authorities, the Consul of Azerbaijan in Los Angeles Nasimi Agayev said:

"Artsakh is a wrong name used by Armenia to address Nagorno-Karabakh, which is the territory of Azerbaijan." 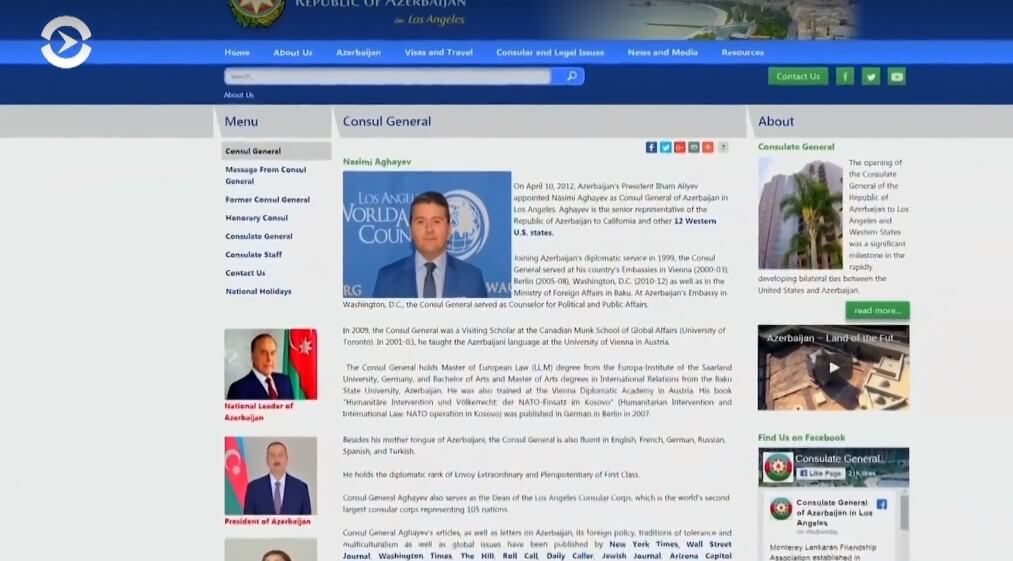 The consul asked to stop the process of renaming the street, but Artsakh in Glendale still appeared. By the way, they were not happy with the new name because of unexpected expenses and some businessmen whose establishments are located in the former Maryland. The Glendale City Hall responded with grants to these complaints: a thousand dollars was allocated to each of the 130 organizations from the city treasury.

And about 10 million dollars from the city budget will go to the improvement of the territory. It is planned that the pedestrian segment of the street will become the tourist center of Glendale. 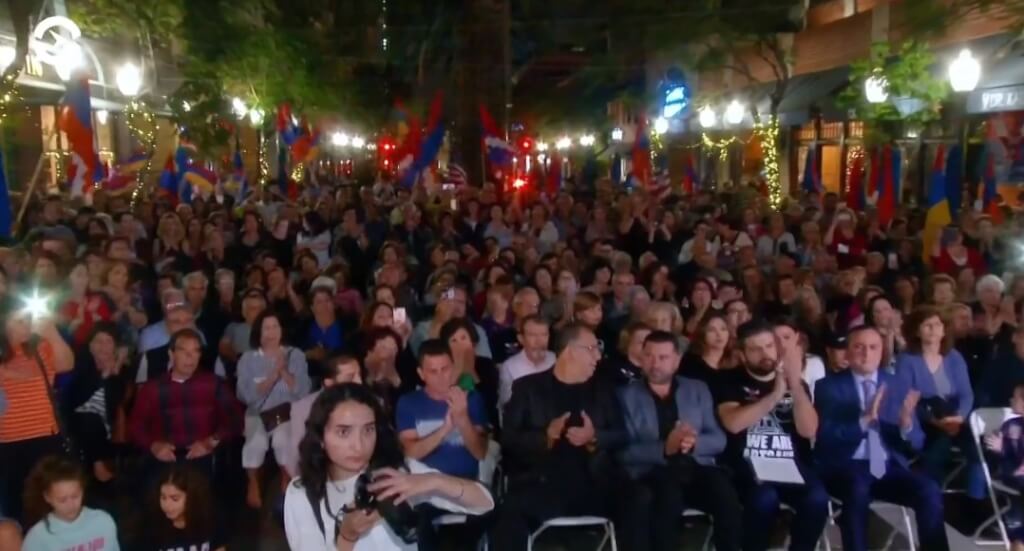 “People who will come to this street will at least ask themselves where Artsakh is, what Artsakh is, and why Artsakh deserves to be named after a street in Glendale,” says Robert Avetisyan, Permanent Representative of the Nagorno-Karabakh Republic in the USA.

Many Armenians living not only in their homeland, but also abroad, were affected by the Karabakh conflict personally. The famous Armenian singer Andre died many relatives there.

“I come from Artsakh, I was born there, during the war I was there, almost the whole family fought. Only father and grandfather returned from the war, - the singer admits. - They all gave their lives for their homeland, for their homeland. And today it is a great pride for me to be here, to sing here ”. 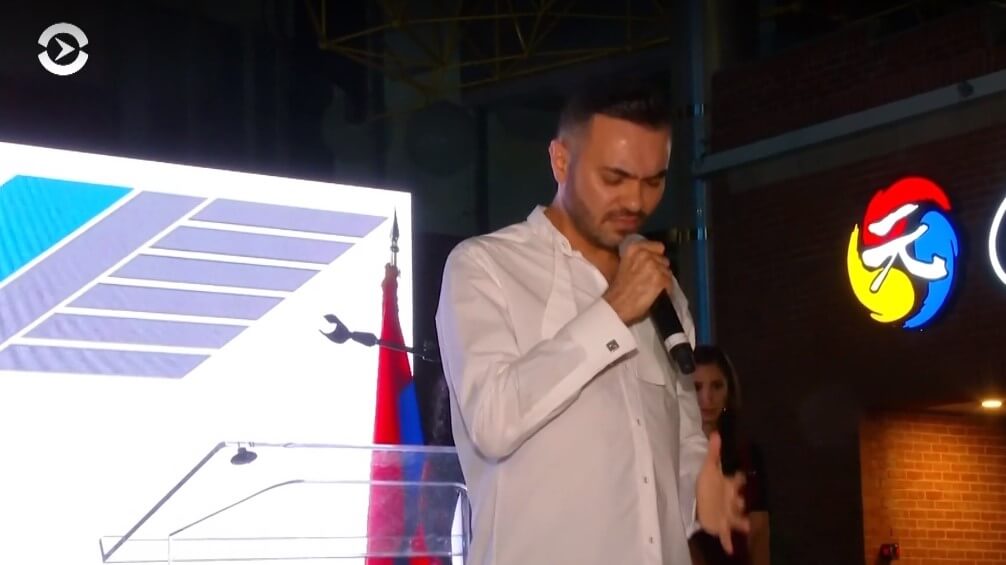 For many Glendale residents, this renaming was long-awaited and important.

“We are happy, because now here we also have a small piece of our homeland, Karabakh, for which we all yearn,” says one of the representatives of the Armenian diaspora Hasmik Chetalyan. 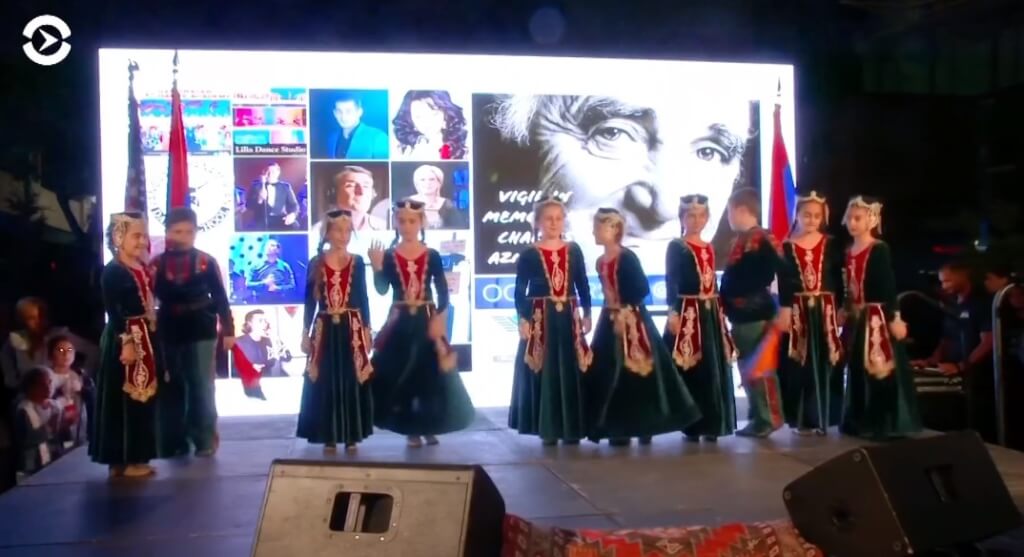 But the opinions of residents of Los Angeles, who are not representatives of the Armenian diaspora, are divided.

“I think the main difficulty for us is to be able to pronounce this name,” says a passerby.

“I don't see a compelling reason to change the street names in our city,” the young girl is sure.

“If they do it in the Armenian quarter, then let them change it,” adds another casual passer-by. - We have Korea Town, Chinatown, everyone has their own neighborhoods. Why not give the streets meaningful names for them? ”

As representatives of the Armenian community promised, another street with an Armenian name will soon appear in Los Angeles. Negotiations are already underway with the authorities. 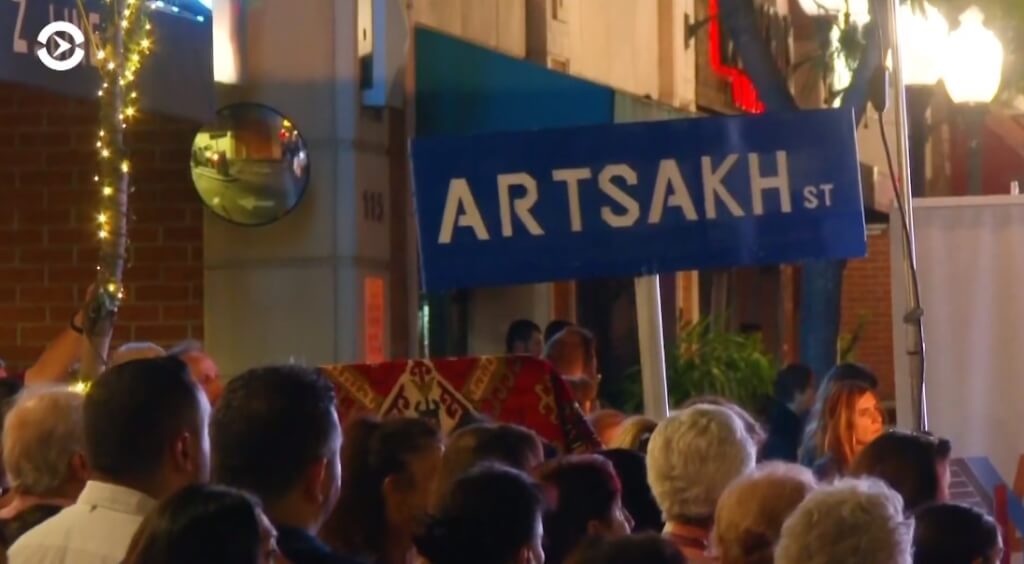 Recall that these days in the Metropolitan Museum of New York held a large-scale exhibition of Armenian art.

The main focus of the exhibition is on the formation of a peculiar national identity of Armenians in their homeland at the foot of Mount Ararat (commonly known as the shelter of Noah’s ark), as well as how the traditions of the Armenian people were preserved and transformed as their communities spread throughout the world.

The exhibition “Armenia”, which opened in the Metropolitan Museum, is devoted to the cultural achievements of the Armenian people since the time of the adoption of Christianity in 301. er and until the XVII century. The exhibition presents 140 unique exhibits from various museums and repositories of the world, some are exhibited for the first time. Visitors will be able to familiarize themselves with important milestones in the history of Armenia.

The exposure will last until January 13 2019. The program of cultural events can be found. here.

The best pop singer of the 20th century died: 'Though I am far away, my heart is in Armenia'

Revolution in Armenia: what happened to the most powerful man of the country

“We thought the war had begun”: Russian military officers started shooting without warning during exercises in an Armenian village