Home In the U.S. Street in Brooklyn renamed in honor of immigrants from Odessa

Street in Brooklyn renamed in honor of immigrants from Odessa

Sofia Vinokurova and Mark Rahman are sister and brother, immigrants from Odessa, who in 1978 founded the famous Russian restaurant National and the International deli on Brighton Beach Avenue in New York. Today these people are called legends of the Russian emigration in America. Recently, the City of New York renamed part of a street in Brooklyn to Sofia Vinokurov and Mark Rakhman place. 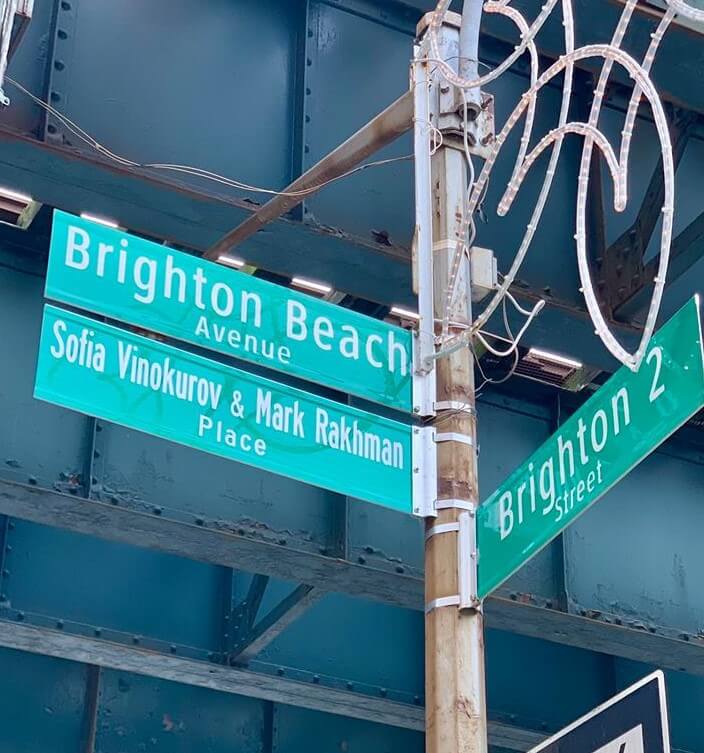 The ceremony was accompanied by a solemn meeting dedicated to the memory of Sofia and Mark, attended by city councilor Chaim Deutsch. By renaming the street, the New York City authorities "honored the memory of Russian-speaking emigrants who gave the city part of their soul."

Here is what Lev Trachtenberg, a famous New York radio host, author of a book about Russian emigration and a US prison, remembers these legendary people on his page in Facebook.

“While still in Indochina, on someone's Facebook page, I saw an announcement for today's ceremony and renaming part of Brighton Beach Avenue in honor of Sofa and Marik.

I marked it in the calendar, I thought that it would be necessary to go.

And this morning I decided that I did not want to go to officialdom. Although, of course, thank you very much to those who achieved this!

... I went to the corner of 2 street and Brighton already in the afternoon, when it was all over. I wanted to be there, between the "National" and the former "International", alone. Recall dear and legendary people.

The legendary is now officially.

I stood there thinking and suddenly realized that this was the first time in my life. That a street in New York is named after departed people whom I knew personally and knew well.

... With Sofia and Marik, I met 20 years ago. I did some concerts in their now historic restaurant, spent WMNB TV evenings, and then weekly came to buy food in their gastronomic paradise. And where I even once brought on tour tours from Russia.

I will never forget their voices, their kindness and warmth. I still have their numbers on the phone and I won't wash them, I don't want to.

... And how did they help Sonya, my daughter, when she came to Interneshinal to shop once a week, when her parents went to prison.

The sofa not only imposed her a full bag of groceries, but each time she gave a hundred dollars.

This is not forgotten. 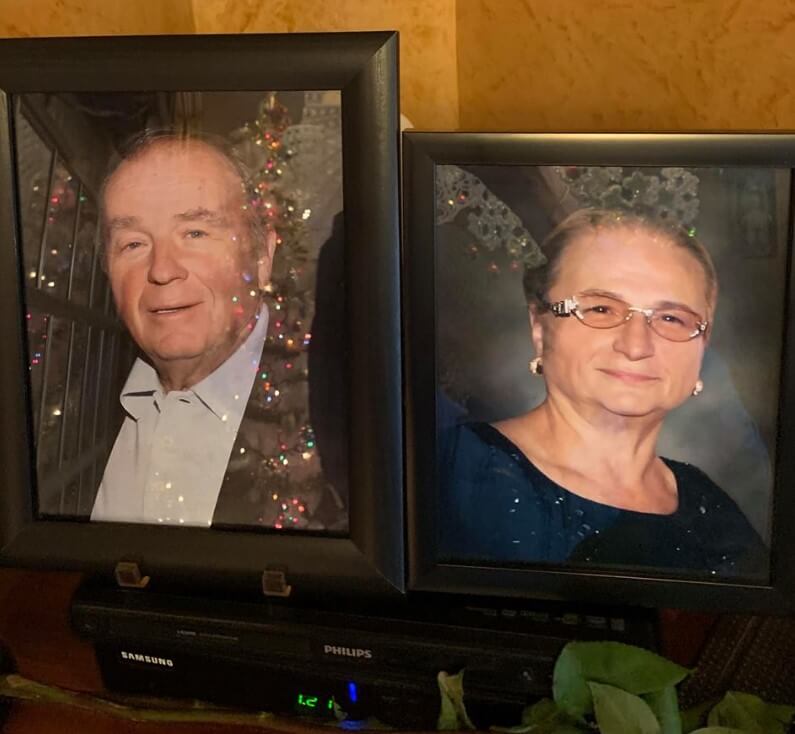 I remember when I was just released, I went to the restaurant one day in the afternoon to Sofa and Marika. And how we embraced, and how Sofa began to cry, while wrapping around with all possible *** those circumstances as a result of which I spent behind bars 4 of the year.

And how they literally forcibly lured me to "National" next Friday (when the police and probation could not check me "for religious reasons"), and the three of us had dinner and talked "for life" at their table opposite the stage. And how did the Sofa commission the orchestra for the Pugachev song "Star", which I heard for the first time then. And how she hugged me and said that this is a song - about me too and that everything will be fine ...

... Every time when for some reason I ended up in that part of Brighton, I always went to their restaurant. Just like that, hug Marika, kiss the Sofa. They were always (and very sincere) interested in my life, they said hello to Sonia, Seryozha and Vika.

And I loved listening to their stories - they had something to tell ...

... When two years ago the book “On the Bunk with Uncle Sam” was published and Seryozha made me note the “closing of the gestalt”, then I didn’t even have two thoughts on where to hold this event.

Of course, in the "National".

The sofa did a lot of work, and in the evening an elegant one came in, in a beautiful black dress and met my guests personally. Moreover, she knew three-quarters of them, at least.

They were not only the legends of Russian America, but also people with very big hearts. And everyone who was just next to them knows this ...

… I am very glad that the memory of Sofa and Marik has been immortalized. But for me they will remain alive. Just two stars rising into the sky ... ”.

'Without him, Russian New York will no longer be the same': the writer said what killed the 'Russian samovar'

2018 Heroes of the Year: Our US Immigrants Succeeded

How does the Russian emigration in America

Las Vegas Strip: interesting facts from the history of the brightest US street