Home Our people Ukrainian received a Grammy: who is Nadezhda Shpachenko and what is she famous in the USA

Ukrainian received a Grammy: who is Nadezhda Shpachenko and what is she famous in the USA 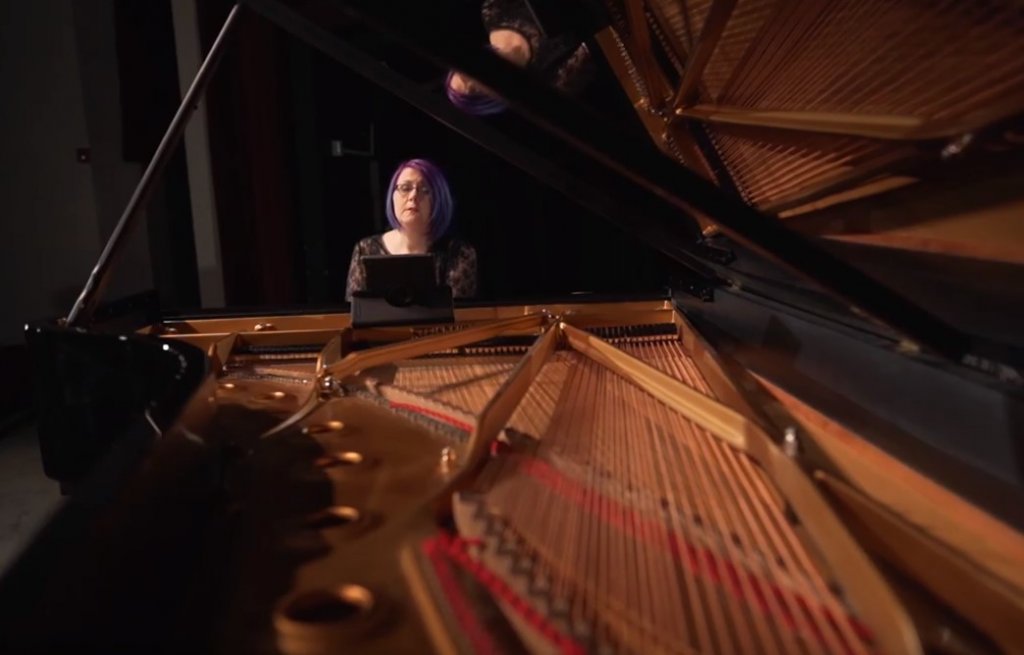 Nadezhda Shpachenko was born in Kharkov, she began to study music at the age of five. By the age of 13, she had already gained recognition as a pianist and composer, performing with the Kharkov Philharmonic Symphony Orchestra.

In 1991, the family moved to Israel, and then in 1994 to the United States. Nadezhda received a bachelor's degree from the prestigious University of Cambridge, and then a doctorate in music from the University of Northern California.

On the subject: The Savitsky Cats: how Ukrainians conquered America show with trained cats

As the project writes bykvu.comNadezhda regularly performs solo and chamber concerts, as well as a soloist with orchestras in North America and Europe in such venues as the Los Angeles Museum of Art, the Phillips Collection Museum in Washington, the Chateau de Modave in Belgium, and Concertgebouw ”In Amsterdam and Carnegie Hall in New York.

The pianist specializes in interpreting new music, often performing with premieres of works by contemporary composers. In particular, it was Nadezhda who first performed the works of Yuri Ishchenko: Concert No. 2 (at the XVII International Festival KyivMusicFest) and Quartet No. 2 (at the Ukrainian Institute of America in New York), as well as a concert “Dialogues” for piano and chamber orchestra E Carter with the Nimbus Ensemble in Los Angeles.

Nadezhda performs her concerts at the piano, but often uses a toy piano, percussion, harpsichord and synthesizer. Her performances are accompanied by recitation, playing the synthesizer, as well as multimedia materials.

A native of Ukraine was announced at the 62nd Grammy in two categories at once - “Best Compilation” and “Producer of the Year in Classical Music” for the album “The Poetry Of Places”. This is not the first time that Hope has been nominated for a prestigious award.

Earlier, the premiere collection of Nadezhda’s works entitled “Woman at the New Piano: American Music of 2013” ​​was nominated in three categories during the 58th Grammy Awards. This collection of works is accompanied by four solo and two duet compositions (performed with pianist Geneva Feiven Lee), written for the album by composers Tom Flaherty, James Matteson, Adam Schoenberg and Peter Yates.

“Nadezhda Shpachenko received the title of Doctor of Musical Arts and a Master’s degree at the University of Southern California, who graduated with excellent marks. Among her teachers are John Perry in Los Angeles, Victor Rosenbaum in Boston, Victor Derevyanko in Israel, Serafima Schwartz in Ukraine, ”the website of the National Symphony Orchestra of Ukraine reports.