The police announced the arrest of a man suspected of stealing a ring-tailed lemur from the San Francisco Zoo. The 5-year-old boy who helped solve the case was granted a free lifetime zoo visit. The details of the unusual case were told by the publication APNews. 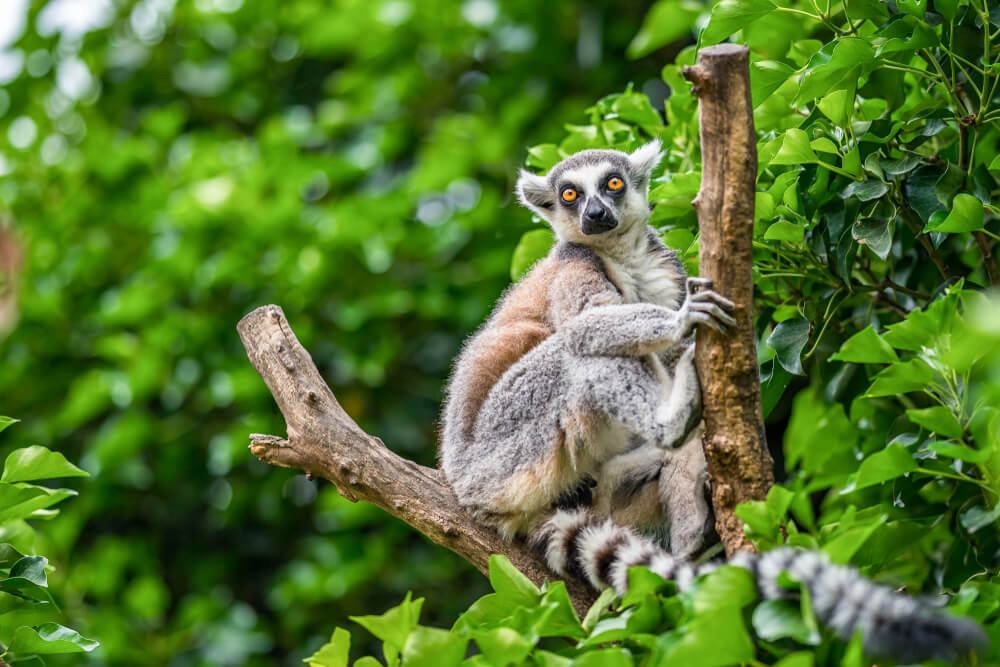 Stealing Maki, a 21-year-old lemur, suffering from arthritis, leaked to the media when zoo officials reported the animal was missing and found evidence of forced entry into its enclosure.

Five-year-old James Trine was unaware of the theft, but saw the lemur as he was leaving kindergarten in Daly City, about 5 miles (8 km) from the zoo. The boy exclaimed: “There is a lemur! Lemur! ”Said the director of the kindergarten Cynthia Huang.

At first, Huang was skeptical. “I asked: are you sure it’s not a raccoon?” - she said.

Maki ran from the parking lot to the school playground and took refuge in a miniature playhouse. School officials called the police, who quickly alerted animal control and zoo officials. According to Huang, children, parents and teachers watched as the caretakers arrived and coaxed the lemur into the cage.

30-year-old malefactor Corey McGilloway was taken into custody by the police.

McGilloway, who was named a suspect in the lemur kidnapping by investigators, was arrested by the San Rafael police on Thursday, October 15, on unrelated charges. "He is expected to be transferred to the San Francisco County Jail, where he will be charged with burglary, animal theft, robbery and vandalism related to lemur theft," said San Francisco Police Lieutenant Scott Ryan.

On the subject: A unique experience: in Texas, the zoo launched an unusual excursion by car

Police did not provide further details, saying the investigation is still ongoing.

According to San Francisco Zoo Director Tanya Peterson, Macy is an "old wild animal in need of special care" for diseases, including arthritis.

“He's still agitated, dehydrated and hungry,” she said, adding that veterinary teams are working to bring the animal's health back to normal. She added that due to the unforeseen travel, “he is socially distancing himself from his primate family,” but it is hoped that he will soon join other lemurs.

For the discovery of Maca, the authorities offered a reward of $ 2, which the zoo will donate to the church.

“As far as I understand, there is a boy who discovered a lemur. In gratitude, we are giving his family a lifetime free entry to the zoo, ”Peterson said, thanking the child and everyone who helped. "They literally saved the lemur's life."

A unique experience: in Texas, the zoo launched an unusual excursion by car

What to do in quarantine: 20 exciting webcasts from oceanariums and zoos