Home Our people He left for the USA - and became homeless: the story of unsuccessful emigration from Russia

He left for the USA - and became homeless: the story of unsuccessful emigration from Russia

Maxim at the end of 1993 of the year emigrated from Russia to the USA. The reason was the reluctance to fight in the first Chechen war. With subpoenas from the military office, he flew from Moscow region to the state of Texas. At home as a reservist of the Airborne Forces, the military commissariat wanted to call him to the so-called "charges", and in fact to direct to the counter-terrorist operation, as it was then customary to say, the newspaper writes Zen.yandex.ru. 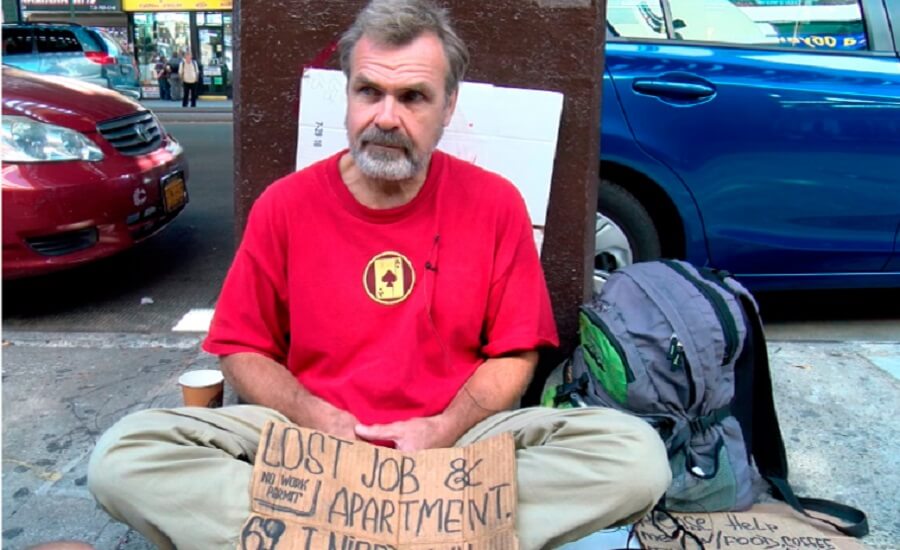 Maxim did not want to visit God. Many of his comrades, called for "fees" subsequently returned to zinc coffins. With these subpoenas, he asked for political asylum in the state of Texas - he was refused. Then he moved to New York, where he was also denied asylum. Under US law, conscription or military training in an immigrant’s country does not violate his rights.

At first, he worked illegally. It was necessary to legalize and obtain documents. The only way out in his situation is marriage with a US citizen. Found a woman, got married. He made the necessary documents, but she soon told the police that this marriage was fake. Sham marriage is a felony in the United States. A criminal case was brought against Maxim. Documents giving the legal status of marriage, were canceled. Then it turned out that the woman was mentally ill, the criminal case was closed, but the legal status of stay was not returned.

Since then, he is an illegal in the United States without a roof over his head. All these years he worked illegally where it would be necessary. He lived in rental housing. At the last work on the demolition of buildings badly hurt his back. At the hospital for the operation asked for 38000 dollars. Maxim refused (there was no such money), he turned to the Chinese healers who put him on his feet.

After this injury, he can’t do physical work, with loads of back he seems to be squeezing red-hot hoops. In 2016, he decided to return to Russia, but he did not have any documents. Appealed to the Russian consulate in the United States. An employee of the diplomatic mission frankly told Maxim that he would not find work in 62 in Russia, he did not have a home in his homeland, no relatives and acquaintances, no money. What will he live in Russia for? In New York, at least they feed the homeless for free, they will not die of hunger, at least they earn something at alms and can spend the night at night shelters for the homeless ... 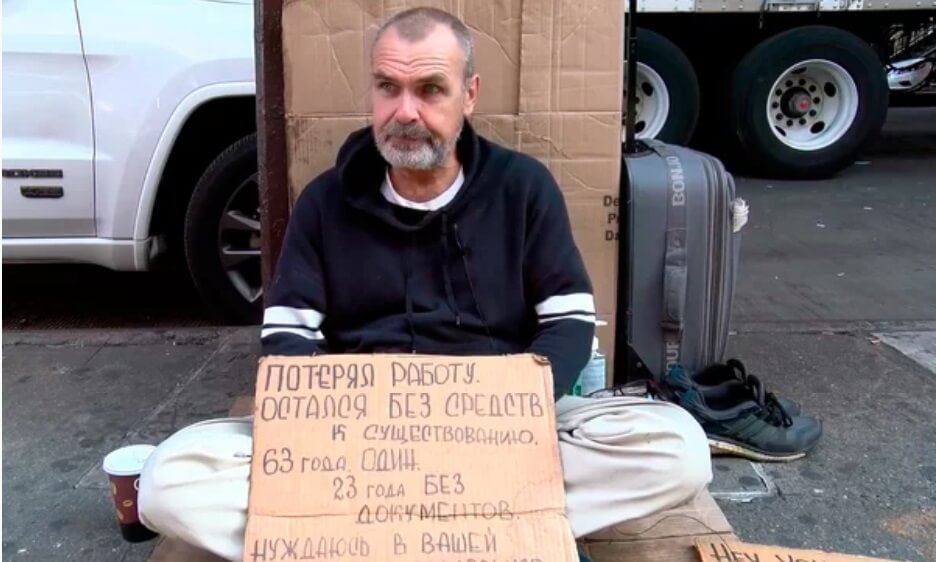 In shelters (items for the homeless) homeless clothes are provided for the night, three meals a day, clothes. Maxim has a list of churches and charities in New York where you can have lunch, take the right clothes and take a shower. To starve in the big city of New York is impossible for the homeless.

Earns cash, sitting on the street, asking for alms. On average, 80 dollars per day. Alcohol does not drink, drinks only on birthday and New Year. Maxim wants to save the necessary amount, rent a house, buy a computer and work remotely via the Internet.

Returned to Russia, he changed his mind. To the question: “If you rewind time back, what would you do, would you go to the USA?” - Maxim replies that he would collect money for a rollback, buy off the recruiting office and stay in Russia.

How to survive in New York single immigrant

'Do not distract us from our ideal life': Kirkorov and Lorak are vacationing together in Cyprus